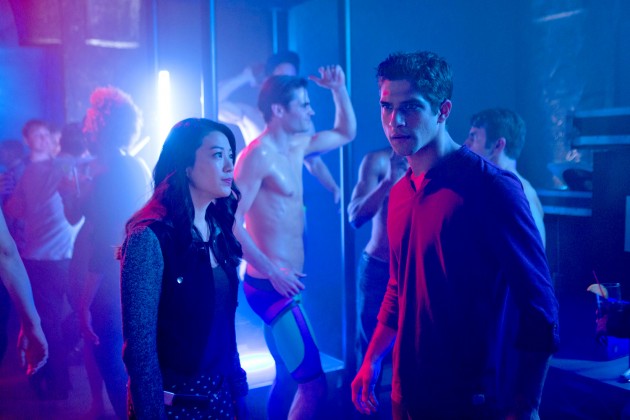 Season 5 of MTV’s Teen Wolf (which got renewed for a sixth season last week at San Diego Comic-Con) continues to go strong with another solid episode as Scott and the gang start to learn more about their new enemies: the Dread Doctors.

The fifth season for a lot of shows in this genre (like Smallville, Buffy the Vampire Slayer, and more) are commonly known as strong years when they go into the series’ runs, and it looks like Teen Wolf is going on that list, too. Even though I’m more in favor of supernatural antagonists and threats with this show, the way that Jeff Davis and his writing staff have structured the idea of these bad guys is something that is easy to enjoy.

I was scratching my head a lot in this episode because of Parrish, because they are sending some really mixed signals about what is up with him and what side he really is on. Seeing him carry bodies to the Nemeton and being somewhat under someone’s control gave me bad vibes all over the place. Could he actually be controlled by the Dread Doctors and, as a bonus, what if Parrish is one of their very early experiments, thus the reason why his powers are such a mystery? As you can see, the speculations can go into so many directions, but I do hope that, in the end, Parrish is still on our side. I’m enjoying the Lydia/Parrish dynamic, while also getting really nervous about it because of the possibility of Parrish’s mysteries.

There were a few things in this episode that were bothersome, including the pacing, because despite only having a few episodes left of this first half in the summer, the heroes are getting some answers a little bit too fast. Maybe it was the villains that made it easy for them to discover parts of their plans, but I genuinely like when the protagonists have to put in some work to get the information needed. Now, obviously, they still have several pieces left to solve, but still it’s all a little too quick for my taste. Scott does come up with the term for these hybrid supernatural-creatures as “Chimeras,” so at least we have something to refer them to as from now on.

One of the Chimeras went after Mason, who now knows about Liam’s secrets and that world at the night nightclub, which was one of the weaker parts of the episode, even though the Scorpion make-up/effects were really impressive. I wish we had gotten more Liam/Mason scenes because just the thought of seeing Liam as a wingman is something that would have been great. The heroes do end up meeting their new enemy, and hopefully, I’m not the only one who gets creeped out more and more every time we see the Doctors’ outfit. Speculation again: didn’t one of them sound incredibly a lot like Clancy Brown? If Brown is playing a bad guy on this show now, I am 100% in favor of that.

Despite some hiccups, “Condition Terminal” continues the solid streak that Teen Wolf has gotten into this season, and with six episodes left before the summer finale, it’s only going to get bloodier, crazier, and creepier.