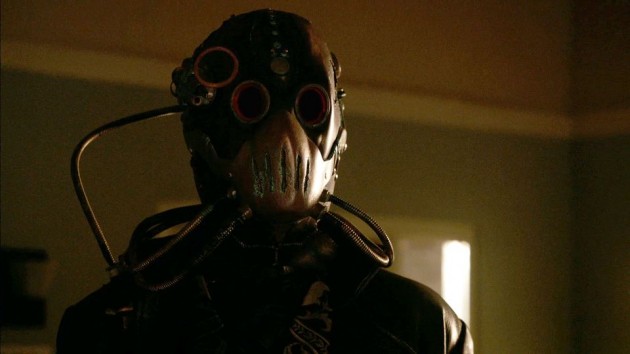 This week’s episode of Teen Wolf was a very emotional, intense hour that had a lot of moving parts, as the series inches closer to its summer finale in just a few weeks.

As much as I love this series and Scott McCall as the main character, there aren’t a lot of times when I can think back and remember my favorite Scott-centric episodes. Not that there aren’t any really good Scott-focused episodes, because they are, but there are only a handful of them. However, “Ouroboros” is easily one of the best that Teen WolfÂ has ever produced. We are looking at a man who has evolved throughout these five seasons into a great leading character, but also as a great leader within the world of this show. After all the craziness that we have seen this season and after last night’s episode, I couldn’t help but enjoy the scene he has with his mother when he starts to fall and blame himself for the danger that his friends are going through.

It sounds really insane for me to say that I enjoy seeing my hero in pain, but this is really the first season where Scott is really on his own when it comes to leading his friends, now that Derek, who has always been the mentor figure to most of them, isn’t around. It makes the story more compelling when the hero does face these difficulties, because when he rises, he is only going to be stronger and he will know what he has to do. Now speaking of Derek, are we going to have to wait till Season 5B to see Tyler Hoechlin’s gorgeous face again on our wolfy screen?

Sadly, this episode wasn’t an easy one for our young heroes Liam and Hayden, as the Dread Doctors went even more psycho on them with all their experimenting. Now before a certain scene happened, I was certain that Hayden was going to start getting worse, which she did, and for some reason, Liam’s wolf-powers wasn’t able to ease the pain. Well, att least not through the traditional way, as we see the two of them share a kiss, which somehow made the pain go away. A part of me is willing to question how that is even possible, but hey, a kiss is known to have its magic within fantasy shows with the whole “true love’s kiss” idea and all of that.

Kira made a big decision in this episode by deciding to leave Beacon Hills for a bit in order to make sure that she doesn’t hurt anyone else until she figures out a way to fix herself from whatever the Doctors have done to her. I will admit that the Scott/Kira fan in me was having a hard time processing that moment, but I’m sure she will be back sooner rather than later. But seriously, what did those insane Doctors do to her?

Let’s not forget that we got to meet The Desert Wolf (played by Marisol Nichols), as she took Deaton hostage and wanted to know about her daughter Malia. Oh, and then there is the part of her promising that she is planning on killing Malia. I’m calling that she is 100% working with the Dread Doctors in some way. To sum up mythoughts on this week’s episode: I’m already waiting for it to be Monday again because explanations are seriously needed after that final scene.