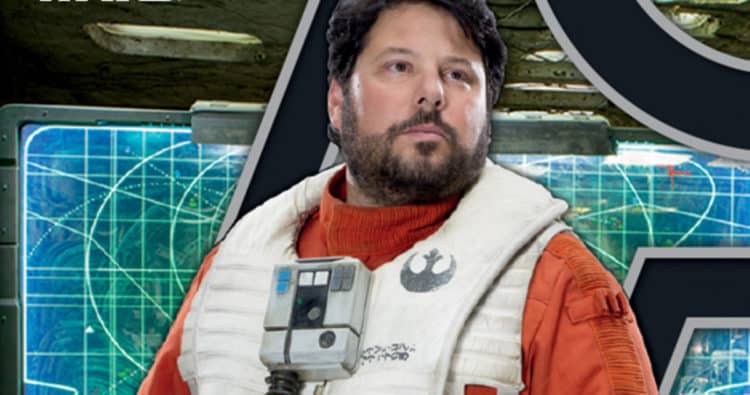 There are plenty of peripheral characters in Star Wars that don’t seem to have a lot of face time on the screen and Temmin “Snaps” Wexley is one of them. In the books however and in other Star Wars shows he’s been featured rather prominently since his story is one that does manage to draw a person in and it is kind of a hard luck, come from behind story that tends to inspire people. Of course since he’s not a main character it’s kind of expected that he wouldn’t get a whole lot of notice outside of the novels since in order to do this Star Wars would have to go in a whole different direction and build a story just about him. In terms of a TV show that doesn’t seem like it would be a bad idea as it could be a great lead-in to how the Resistance came to make use of him and how he came to get his nickname.

It’d certainly be interesting to see other characters start to get some attention.

Having been orphaned when his father was taken by the Empire and his mother joined the New Republic he didn’t have a lot of options when it came to staying alive and earning enough to take care of himself, so he did what seems to come natural to so many that exist at the bottom, he started making profit of whatever junk he could find.

9. He had a robotic bodyguard named Mr. Bones.

Mr. Bones was a B1 Battle Droid, the kind you saw in the prequels, and despite being made out of rust and spare parts it seemed he was kind of cool since he was inescapably deadly and would even hum or whistle jaunty tunes while he was attacking those that sought to bring harm to his master Temmin.

8. He became friends with Wedge Antilles.

Friends might be too big of a word for how their relationship first started since Wedge was more of a mentor and teacher to Temmin. But over the course of Temmin’s training they did get friendly and formed the same kind of camaraderie that most pilots seem to share.

7. He was a part of Black Squadron.

This was after his conversion to the Resistance when he’d already become a well-established pilot and was considered as someone that could be depended on and allowed to fly with those that had attained the kind of skill in the cockpit that was needed.

6. He turned his family home into a junk shop.

He was living with his mother’s relatives at one point but they couldn’t handle him so he eventually moved back to his family home and converted it into a business that he could profit from. When his mother finally saw it she was in disbelief but there wasn’t much she could do at that point.

As difficult as this would be since Han Solo doesn’t let just anyone fly his ship you can imagine that it was a joy for Temmin as Solo was a hero and the honor of flying his personal craft was something a lot of pilots would have given their right arm for.

Initially Wedge was reluctant to even let Temmin fly since he kept crashing in the simulator, but after a while Temmin started getting better as he calmed down and finally showed that he did have a lot of skill behind the stick. Eventually he was flying in missions with Wedge and many other pilots in service to the Resistance.

3. He was a part of the Battle of Jakku.

In The Force Awakens you can see the remains of what happened over Jakku as Star Destroyers and other ships were quickly torn apart for scrap by scavengers and traders. Temmin was one of the pilots that helped to bring down such ships and he was one of the many that survived.

2. He’s the best recon flier in the Resistance.

Within the Star Wars novels Temmin’s skills have earned him a lot of praise even though the movies have showed him for all of a few minutes. Some characters seemed destined to remain within the literature where their fame is a lot easier to convey. But Temmin did manage to show the Resistance that he was worth far more than they thought initially.

Since he was kid Temmin has been able to outlast thugs, bounty hunters, Imperial agents, and worse. He tends to get himself into tight spots with his mouth, or did when he was younger, but there was almost always a way out that he could exploit. And for a while he had Mr. Bones, who could take care of pretty much anyone that threatened him.

He seems to deserve a little more credit for his role in the franchise.