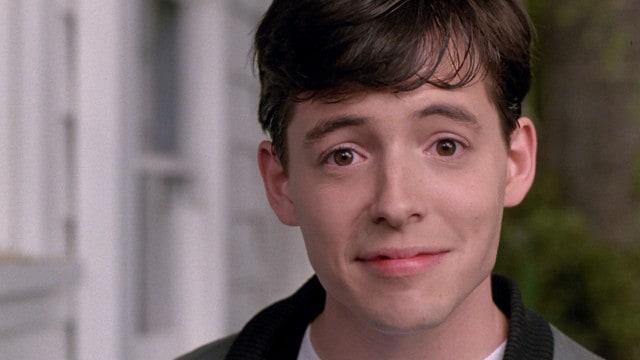 You might recall me doing a 90s version of this pretty recently. Â  I decided to assemble a great list of quotable 80 movies this time and have been sure to include the most mainstream quotes so that more of you can relate. I tend to like the non commercial lines that are pretty subtle. Feel free to comment as I’m positive I will have missed some movies (but there will be an honorable mention list at the bottom).

Enjoy these picks and feel free to add your own commentary because obviously I didn’t catch them all.

I didn’t want this whole list to be John Hughes movies so I left off 16 Candles and Breakfast Club (though as you can see I just mentioned them so relax). I felt Bueller’s had more mass appeal. Here are a some great quotes from the movie.

Ferris: Oh, I’m sorry. I can’t come to the door right now. I’m afraid that in my weakened condition, I could take a nasty spill down the stairs and subject myself to further school absences. You can reach my parents at their places of business. Thank you for stopping by. I appreciate your concern for my well-being. Have a nice day!

Charlie Sheen: “My sister wears too much makeup, people think she’s a…..”

I think nearly almost any quote from this movie is a sure winner. What a classic. But here are a few that stick out to me, and probably everyone.

Judge Smails – It’s easy to grin / When your ship comes in / And you’ve got the stock market beat. / But the man worthwhile, / Is the man who can smile, / When his shorts are too tight in the seat. I also love it when he says “How about a fresca!”

Spackler: And I say, “Hey, Lama, hey, how about a little something, you know, for the effort, you know.” And he says, “Oh, uh, there won’t be any money, but when you die, on your deathbed, you will receive total consciousness.” So I got that goin’ for me, which is nice.

I may be murdered for saying this but I happen to be a huge fan of Christmas Vacation. Don’t get me wrong though, they’re all pretty good. But what’s with the kids in European Vacation? Could they be any weirder looking? Anyway, here’s some good ones from Vacation.

There are tons from Cousin Eddie but I like his appearance more than the quotes. However here are a a couple.

“I don’t know why they call this stuff hamburger helper. It does just fine by itself, huh? I like it better than tuna helper myself, don’t you, Clark?”

Cousin Eddie: Hey Clark, you look like you could use a cold one.
Clark: I sure could, Eddie.
[Eddie hands Clark his opened beer he’d been drinking, gets a fresh one for himself]

One of weirdest yet best comedies of the 80s. The combination of a young Cusack and Curtis Armstrong (AKA Booger from Revenge of the Nerds) is priceless. Here are some great ones.

Charles De Mar: I’ve been going to this high school for seven and a half years. I’m no dummy. I know high school girls.

Charles De Mar: You ski the K-12 dude, and girls will go sterile just looking at you!

You either love this kind of comedy or you hate it. I personally love it and Airplane will be appropriate even 50 years from now. Here are a few quotes that will never be forgotten.

Doctor (Leslie Nielson) – Surely you can’t be serious, I am seriously, and don’t call me Shirley

Any line that started with “Looks like I picked the wrong day to quit….

Murdock: The hell I don’t. LISTEN KID. I’ve been hearing that crap ever since I was at UCLA. I’m out there busting my buns every night. Tell your old man to drag Walton and Lanier up and down the court for 48 minutes.

Anything from the Jive Guys is incredible, I particularly like this exchange:

Such an underrated classic. I picked it over Top Secret as the two Val Kilmer comedies of the 80s. Of course he was in Top Gun but that wasn’t a comedy, unless you count the ridiculously large amount of homoerotic undertones. Here are a few from Real Genius.

Chris Knight: Have you ever seen a body like this before in your life?
David Decker: She happens to be my daughter.
Chris Knight: Oh. Then I guess you have.

I still have a hard time believing that OJ Simpson was in all of these movies. Here are some classic lines:

Frank: Wilma, I promise you; whatever scum did this, not one man on this force will rest one minute until he’s behind bars. Now, let’s grab a bite to eat.

Ed: Doctors say that Nordberg has a 50 – 50 chance of living, though there’s only a 10 percent chance of that.

Det. Nordberg: Drugs… drugs…
Frank: Nurse! get this man some drugs!
[nurse administers drugs]
Det. Nordberg: No… no…
[pulls Frank towards him]
Det. Nordberg: Heroin. Heroin, Frank.
Frank: Uh… that’s a pretty tall order, it’ll take a couple of days for that one.

It’s pretty tough to have one of these lists and not have a Mel Brooks movie in here. Spaceballs is way up there in my book. Here are some that might even make you smile as you read them.

I could have gone with Spies Like Us for the Landis flicks but who are we kidding here? This was easily one of the most recognizable comedies between 1980-1985. This is Murphy at his best. Here are a few to make you chuckle.

Even Bigger Black Guy: It ain’t cool being no jive turkey so close to Thanksgiving.

Louis Winthorpe III: I had the most absurd nightmare. I was poor and no one liked me. I lost my job, I lost my house, Penelope hated me and it was all because of this terrible, awful Negro.

Billy Ray Valentine: Okay, pork belly prices have been dropping all morning, which means that everybody is waiting for it to hit rock bottom, so they can buy low. Which means that the people who own the pork belly contracts are saying, “Hey, we’re losing all our damn money, and Christmas is around the corner, and I ain’t gonna have no money to buy my son the G.I. Joe with the kung-fu grip! And my wife ain’t gonna f… my wife ain’t gonna make love to me if I got no money!” So they’re panicking right now, they’re screaming “SELL! SELL!” to get out before the price keeps dropping. They’re panicking out there right now, I can feel it.

Billy Ray Valentine: [while acting blind and legless] Hey, baby, what’s happening? How are ya doing? Once you have a man with no legs, you never go back, baby. I know what you’re thinkin’. You seen “Porgy and Bess”?
[the woman begins to walk away]
Billy Ray Valentine: We can make it, baby! Me and you!… You B****!

I could have listed plenty of movies in the 10th spot here but perhaps it’s just because I saw it recently Fast Time is unreal. Here are some to brighten your day.

Mike Damone: Yeah! The attitude dictates that you don’t care whether she comes, stays, lays, or prays. I mean whatever happens, your toes are still tappin’. Now when you got that, then you have the attitude.

Jeff Spicoli: No shirt, no shoes…
Jeff and Stoner Buds: No dice! Ohhhh.
Brad Hamilton: Right. Learn it. Know it. Live it.

Honorable Mention: Spies Like Us, Stripes, Just one of the Guys, Top Secret, A Christmas Story, Fletch, Back to the Future, 48 Hrs, Major League

OK, now obviously there are tons more movies we can mention but again, this is my opinion so enjoy the rest of your day.