Home
Music
Ten of the Best Performances in Music Biopics 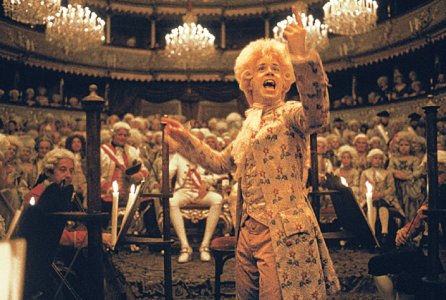 The best music biopics convince us that we’re watching a private, hidden part of a musician’s life. Hollywood has given us a substantial amount of music biopics over the years, featuring portayals of artists from all genres of music. Lots of actors have played musicians to varying degrees of success, and when an actor nails a role, the result makes for a damn good movie.

Here are, in no particular order, ten of the best performances in music biopics:

Gary Oldman as Sid Vicious in Sid and Nancy

Gary Oldman is one of the best actors in the world, so it’s no surprise that his portrayal of Sid Vicious was generally applauded. Oldman showed us Vicious’ drug-fueled relationship with his girlfriend, Nancy Spurgen, and lost a ton of weight to more closely resemble the emaciated Sex Pistols member. Apparently, Johnny Rotten felt that only the stage persona of Vicious was shown, but also noted that Oldman’s performance was very good. Oldman’s performace in Sid and Nancy is definitely worth checking out.

Bassett received an Academy Award nomination for her role as Tina Turner in What’s Love Got to Do with It, impressing audiences with her transformation into the leggy and energetic singer. Unfortunately most people remember this movie for the scenes when Ike Turner was physically abusive to Tina.Â  However, that’s also testament to the tremendous job that Bassett does.

Phoenix and Witherspoon were both so good in Walk the Line that I decided to group them together so neither would be left out. I’m not a huge Witherspoon fan, but she showed that she can really act – she won an Academy Award for her performance – and she can sing, too. She’s just completely adorable in Walk the Line, and I wanted to hold her and cuddle with her like she was some kind of pet. Phoenix is terrific as Johnny Cash, and I was blown away by his ability to sing in the exact same style and tone as The Man in Black.

Diamond Lou is an absolute stud. His portrayal of rock star Ritchie Valens let audiences see Valens’ private life and relationships with his family and girlfriend, while also enabling them to enjoy his rise to fame. In high school, I asked my Spanish teacher what “La Bamba” translates to. Her response was disappointing, to say the least: “La Bamba.”

Countless critics have gushed over Foxx’s Academy Award-winning performance in Ray, so any praise from me is likely to be redundant. Instead, I’ll share an anecdote that’s only tangentially related to Ray. My mother, my sister, and I went to the movies one weekend afternoon, undecided as to what we’d see. My mom really wanted to see Ray, but my sister and I were pressing for Saw. When we get up to the ticket counter, my mother asks the twenty-something year old girl behind the window how Ray is. The girl tells her that it’s great, but it’s also like three hours long.Â  Didn’t matter in the least.

Val Kilmer as Jim Morrison in The Doors

Jim Morrison was a rock star if there ever was one, and thanks to Val Kilmer, we get to see how all the insanity that come with being a cultural phenomenon affected The Lizard King. Oliver Stone’s The Doors is a film that isn’t afraid to show the iconic lifestyle of excess led by Jim Morrison, and Kilmer does a great job playing a man adored by millions. Kilmer, like Phoenix, can sing, and his vocals were blended with music from the real Doors for the film’s soundtrack.

Dennis Quaid did an awesome job recreating the on-stage, maniacal persona of Jerry Lee Lewis, particularly in the scenes where he’d stand at a piano and spastically smash its keys. Lewis was a flawed individual, and I think that Quaid’s portrayal showed that, too.Â  Plus Winona Ryder did a very solid job in one her first movie performances of her career as Jerry’s underage wife.

Forest Whitaker can absolutely act. Have you seen him as Idi Amin in The Last King of Scotland? Simply incredible. Before playing the brutal Ugandan dictator, though, Whitaker transformed himself into jazz legend Charlie “Bird” Parker. His impressive performance landed him a Best Actor award at the Cannes Film Festival.Â  Plus this movie was directed by Clint Eastwood which many people don’t know.

Admittedly, Hulce’s performance as the legendary Mozart is my favorite in any music biopic. Perhaps it’s partly because I loved Hulce as Pinto in Animal House, but nevertheless, in Amadeus, Hulce delivers. His portrayal of the musically gifted genius paints Mozart as a lewd, dynamic, and possibly Divinely-powered composer, husband, and father. Hulce was nominated for Best Actor, only to lose to F. Murray Abraham, who played Salieri in the very same movie. Naturally, Abraham deserves praise and mention in this article, but in my opinion, it’s Hucle’s performance – weird cackle and all – that drives this movie.

I’m one of like seven country music fans that live in New York (especially if it’s some David Allen Coe), so I’m not immediately turned off by a biopic about a country singer. Spacek won an Academy Award for her role as Loretta Lynn in Coal Miner’s Daughter, which was adapted from Lynn’s biography. Lynn was a proponent of women being strong, standing up for themselves, and not taking any garbage from their husbands, and Spacek captured the spirit of Lynn’s outlook perfectly. 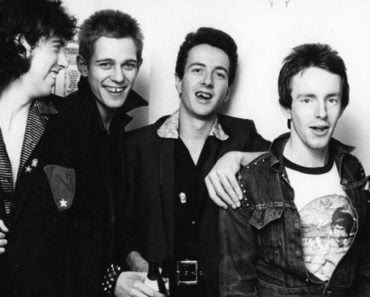