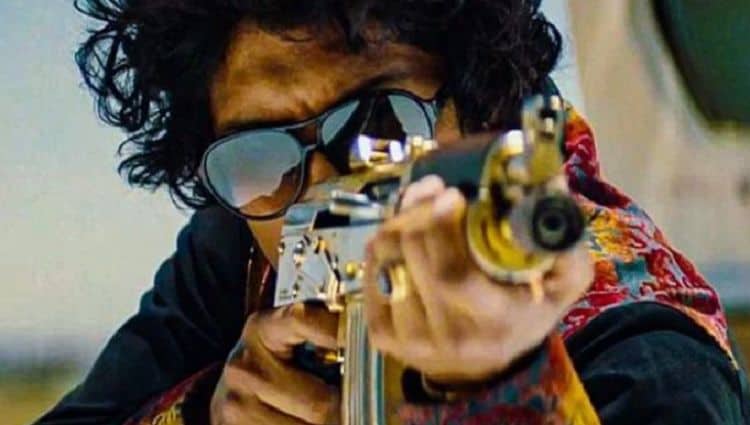 You may not be familiar with Tenoch Huerta now, but that’s all about to change. Several sources have reported that Huerta will be joining the cast of the Black Panther sequel. Although his exact role hasn’t been confirmed, it is believed that he will be playing a villain. While some viewers may think Tenoch is a newcomer, he’s actually be in the industry for quite some time. His most well-known role has been in the popular Netflix series Narcos in which he played Rafael Caro Quintero. Getting the chance to be part of a project like Black Panther 2 will undoubtedly take his career to new heights. Continue reading for 10 things you didn’t know about Tenoch Huerta.

1. He Has Spoken Out Against Racism

Many people in the United States believe that racism is primarily an American issue, but in reality racism and colorism exist in places all over the world. Tenoch, who was born and raised in Mexico, has experienced the effects of colorism first hand as a darker skinned actor. He discussed some of the experiences he’s had in a video with El Pais.

3. He Is  A Writer And Producer

Tenoch is certainly a natural when it comes to being in front of the camera, but he’s also interested in utilizing his skills on the other side. He is a writer and producer who is in the process of writing a film called Tare. He earned his first production credit in 2017 with the film Sinvivir.

4. He Has Nearly 70 Acting Credits

With close to 70 acting credits to his name, Tenoch will bring a wealth of experience to his role in the Black Panther 2. He made his first on screen appearance nearly 15 years ago and he has worked hard to secure bigger and better opportunities with each project.

Tenoch has lots of love and appreciation for his home country of Mexico, but he still enjoys getting the chance to explore other places and see what they have to offer. He has been fortunate to do a good deal of traveling over the years. Some of the places he’s visited include the United States and Ecuador.

Tenoch has put in countless hours of hard work over the years to find success in his career. With that being said, however, that work hasn’t come at the expense of his personal life. He is a very proud father and an all around family oriented person. He loves getting the chance to spend time with his family when he isn’t busy at work.

7. He Loves Spending Time In Nature

Sometimes it’s the simple things in like that are really the most meaningful and that’s something Tenoch understands. He loves to be outdoors and enjoy the beauty that nature has to offer. Some of his favorite things to do include going hiking and relaxing by the water.

8. He Has A Big Social Media Following

Being on social media is more important now than it’s ever been. Not only can social media give celebrities a chance to connect with their fans, but it can also give them access to new opportunities. The success that Tenoch has had in his career has translated into a big social media following. He has nearly 114,000 followers on Twitter and almost 86,000 on Instagram.

Occasionally there are roles that just speak to an actor, and that’s exactly how Tenoch felt about playing Caro Quintero. Tenoch told Insight Crime, ” I wanted to play him. Caro Quintero was the character I could contribute the most to. At first glance, he may seem simple, but for me, the question was what in his life led him to be this way. And in searching for the answer, he became a very complex, nuanced character to me.”

We weren’t able to find any information on whether or not Tenoch has ever played sports himself, but he does appear to be a big sports fan. He loves both soccer and American football. He is extremely proud of the fact that his sister Claudia is an American football coach. Tenoch loves to go to live games whenever he can although COVID-19 has changed the way we all enjoy sports for the time being.