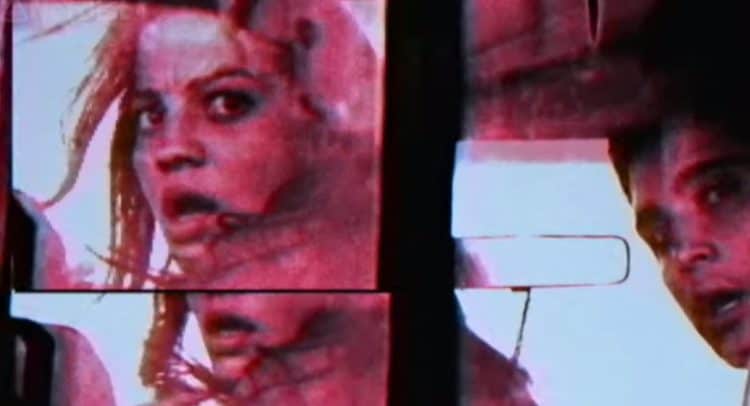 Everything seems to be coming up 80s right now, and a lot of people are loving it. When it comes to the Terminator movies however it seems as though it just fits since this is when the franchise really started after all. From the first moment we heard “Sarah Connor?” and then the resulting gunshot, it was on. You could say it was on before that, but the soulless machine from the future started something that has been an ongoing interest that’s hit a few snags along the way, but is hopefully going to right itself in a bit. The fact that they’re taking the quick and easy out to state that everything after T2 is non-canon is kind of a huge dodge, but at the same time it seems to be pleasing a lot of fans. Honestly, there’s a lot that can be said about that, but this 80s version of Dark Fate seems to indicate that the franchise is returning to the roots that made it popular in the first place, and bringing back the woman that helped to make it so great. A lot of people are asking where John Connor is of course, but hopefully that question will be answered once the movie is released and people get to find out for themselves.

There’s plenty of talk about the new savior and the new enemy of course, and diversity seems to be key since we’re deep into the era of wanting more diversity and giving strong women much more prominent roles that tend to elevate them or at least put them on the same footing as men. It’s looking as though there’s no Kyle Reese this time, and even Connor’s future seems in jeopardy at the moment since all we’ve really seen are Linda Hamilton and the two terminator’s, and the young woman that one of them is trying to save. Chris Evangelista of SlashFilm has more on this matter, but it’s not nearly as satisfying as one might hope. There’s just too much that can be read into this as of now and to be honest it seems like a broken record of an argument since there’s no doubt that some people could point to this or that when it comes to what’s meant by the casting and by the lack of any strong male protagonists other than Schwarzenegger. It could be that the whole Kyle Reese angle was getting old, that it was something that was finally put to rest, or it could be that focusing on Sarah Connor and the women of the Resistance is simply a natural progression of sorts. Who knows? Right now it seems like an awesome story that’s about to play out and all a lot of us really want to see is something that we’re going to enjoy and be pumped up by, without any sort of political or social statements that someone might be trying to push.

The tale of Terminator is a pretty straightforward one and that’s what helped it out in the beginning no matter how confusing anyone might have thought it was. In the future the machines take over, nearly obliterating the human race. The humans survive, fight back, and are near to victory when Skynet pulls out its biggest trump card, to send a terminator back in time to a moment when no one will be able to stop it due to a serious lack of knowledge about what it is. The Resistance sends their own savior back in time to protect the terminator’s target, Sarah Connor. In the process Kyle Reese helps her to conceive the future leader of the Resistance, which creates a sort of time loop that you can imagine Skynet would want to break. From there it got a bit messy following the second movie since they tried to stick with Connor, but wound up going wide of the mark by bringing in one new terminator after another and outlying characters that we hadn’t thought much about throughout the years.

In a sense one can only hope bringing back Schwarzenegger and Hamilton will be enough to keep people happy since otherwise introducing two new terminators and showing nothing of John Connor is bound to upset a few folks. After all, he was the guy that everyone was focused on in the second movie despite the fact that he was still just a kid. He was the leader of the Resistance after all, the guy that was meant to lead humanity into the war against the machines and teach them how to win. But when you think about it, sending Kyle Reese wouldn’t have mattered in the first place until Skynet tipped its hand. Sarah had obviously gotten pregnant before Kyle ever showed up since without that development there wouldn’t have been any John Connor. Even if we didn’t see it in the first movie, Sarah was always fated to give birth at one point or another, otherwise Kyle’s present wouldn’t have existed. Ah man, there we go with the logic again.