Wow. I was not expecting that at all. You know a show is great when it can shock you the way this week’s episode of “Terriers” did. This is, hands down, the most underappreciated show on television this fall. The whole cast is superb, especially Donal Loque as Hank Dalworth. Dalworth is such a complex character. He is a screwed up ex cop and recovering alcoholic, now turned private dectective. Dalworth’s life is a mess, yet you can’t help but want to see him succeeed or turn his life around each week. A lot of the show’s greatness also comes from the chemistry and relationship between Dalworth and his partner Britt Pollack played by Michael Raymond-James. They have such a great comradarie and play off each other very well. It is very hard to explain this episode without huge amounts of spoilers, so if you have not seen this week’s show please do not read on.

As it turns out Hank and Britt’s bromance has hit a snag because Hank knew Britt’s girlfriend, Katie, cheated but kept it from Britt. Britt did not take the breakup well, to so say the least, and beat up the guy he thought Katie cheated with. Now Britt is in jail and before Hank could bail Britt out, Zeitland, the evil lawyer that Hank and Britt have been trying to take down all season posts Britt’s bail instead. Of course, Zeitland trys to get Britt to work for him by offering to help with his case. At first the audience is not sure what Britt is going to do because he is so devasted by his dual betrayals. Later you find out that Britt is only pretending to work for Zeitland to get information to help Hank’s case. Yet there is still a cloud hanging over Britt which is evident when he sleeps with the woman he is supposed to be tracking as part of his job for Zeitland. Britt leaves the audience with a lot of questions. Is he going to jail? Has he really forgiven Hank? Will he ever get over his breakup? It is really compelling stuff.

Hank is now also working with a rogue reporter, Laura Ross, who he helped save from Zeitland two episodes ago. She has an informant in Zeitland’s firm who is feeding her information that can help finally end things. The problem is no one knows who the informant is because they are scared to come forward. I have to say, it is interesting to see a woman thrown into the mix with Britt and Hank and I am curious how this will play out if the show is lucky enough to get a second season.

Complicating things even more is that Hanks’s former wife Gretchen’s new husband Jason is the architect for the new project Zeitland is trying to sabotage. Jason of course agrees to help Hank, Britt and Laura take down Zeitland. During the course of the episode we finally find out what Zeitland really wants and why he is causing so much trouble. He is trying to buy up all the land of Ocean Beach to build an airport right over the city. The team needs Laura’s inside source at Zeitland’s firm to come forward with proof of all this. That is not easy because Zeitland knows he has a snitch in his firm and it all ends very badly, setting the show up for what promises to be a gripping season finale next week. By the end of the episode a city councilman the team thought they could get to help them turns their back on them, Laura’s informant winds up dead, and Laura herself is missing. The real shocker however is that Gretchen’s husband Jason is also killed, presumably by Zeitland’s men. I never saw that one coming. This whole season had been such a lead up to Gretchen getting remarried and how it devasted Hank, that I never thought Jason would be gone so soon after they were married. It is a gutsy show changing move, because let’s face it, “Terriers” is a gutsy no holds barred show. 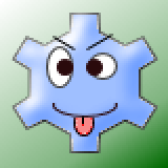 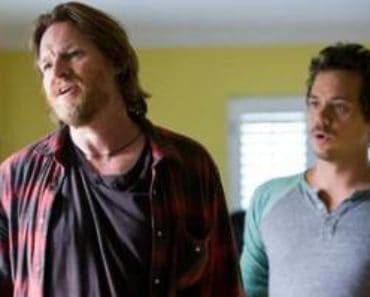 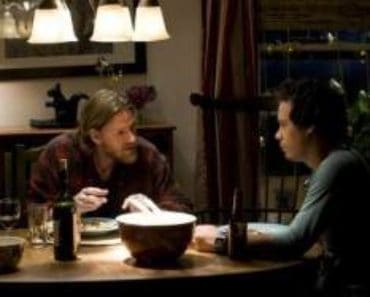 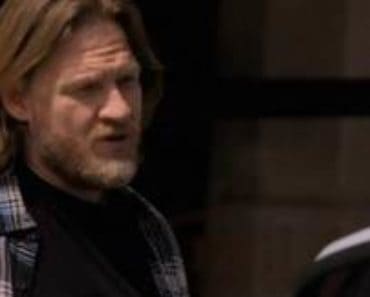 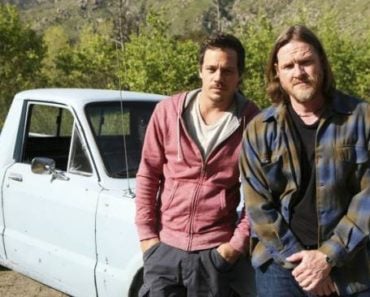 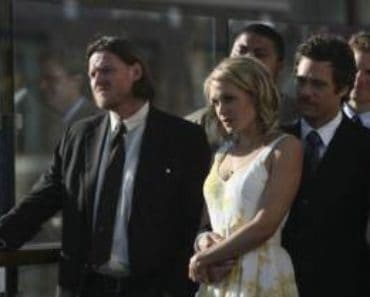 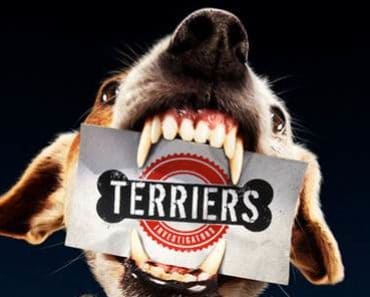