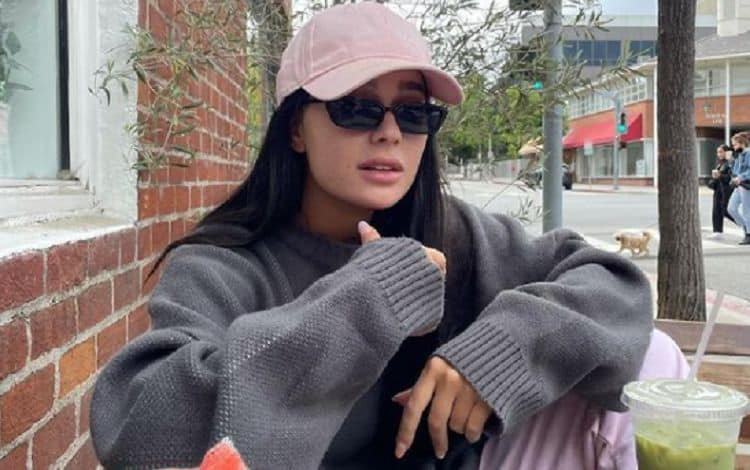 Tessa Brooks is famous on YouTube. She is a beauty vlogger who shares her impeccable style with the world, and the world loves her. She’s made it big over the years as a lifestyle entrepreneur, and everyone in the beauty industry knows her name. She might not be headed to the Oscars or famous for a TikTok dance, but she’s carved a path in the beauty influencer industry that has earned her tens of millions of followers and a reputation for being the best in her own industry. Who is she? It’s time the world finds out.

Tessa Brooks might be famous for her beauty vlog, but she’s first and foremost a dancer. She’s been dancing since she was only two. She began taking dance lessons at that age, and she has not slowed down. She still dances.

2. She Worked with Jake Paul

When she was old enough, she joined Team 10. It’s the team created by famous influencer Jake Paul, and it helped shoot her star even further. She was already famous, but working with Paul took her to a realm of fame even she did not see herself reaching at that point in her life.

Unlike so many other influencers and stars who are doing something similar to what she is doing, she was born in the 90s. Barely, though. She was born on April 5, 1999, which officially makes her 22 as of 2021. She is young, but she knows what she wants in life.

Tessa Brooks was born and raised in Fresno, California, but she eventually found herself moving to Southern California. She’s currently residing in Los Angeles, but her childhood home in Fresno is only a few hours north. She’s been a California girl her entire life.

She’s not just a sister. She’s one of three girls, which means her parents have a busy, full life. Raising three girls is not a task for the weak. You need many bathrooms, you need a lot of patience, and the dramatics that girls bring to the table can be occasionally overwhelming. She has two sisters, and she is close to her family.

Her entire premise is dancing. She is a dancer in every manner of speaking, and she’s been doing so her entire life. She started dancing online, and that’s what grew her following. While she is currently famous for her beauty vlog, that is not where she got her start. She grew and expanded her personal business to reach that level of fame, and things really changed for her at that point. Dancing is, and has always been, her biggest passion in life.

Did you realize she was on Disney? She was part of Jake Paul’s Team 10, and they performed on the Disney Channel’s, “The Next Big Thing,” as dancers. They did well in the performance, and that exposure helped her find a bigger fan base and a lot more followers. All of that led to her becoming even more famous than she already is.

After she became famous, she did a little modeling. Brooks worked with brands such as Smashbox Cosmetics and Marc Jacobs. She did advertisements for them. She also got to work with Coca Cola as an ad model at one point in her earlier career.

She might be young, but she knows what she wants to do in her life. She wants to spend her life focused on things that are important to her, and one thing that is important to her is dance. She’s living a fortunate life, and her goal is to be able to teach dance to kids who – due to circumstances beyond their own control – cannot afford to take dance classes. What an amazing gift.

10. She Was in a High Profile Relationships

She made things official back in 2017 when she pretended to get married to another online star by the name of Chance Sutton. They told the world they got married when they were in Vegas, though it was a joke meant only for page views for both. They did not exchange vows, but they did make their relationship status known to the world at that point. The problem, however, is that he was photographed getting too close to some other women, and things ended badly for them.