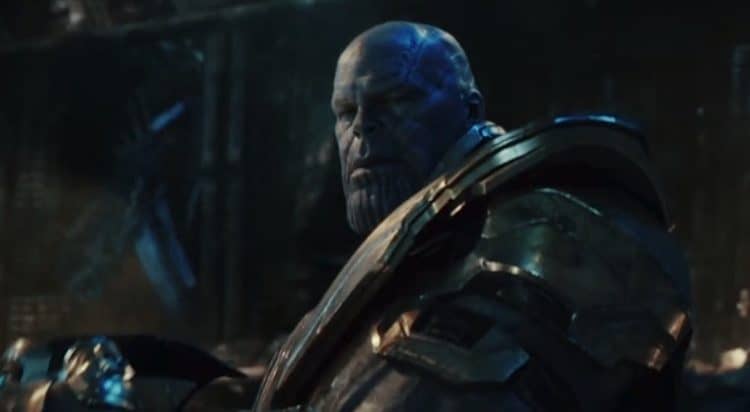 One thing that can be said in the defense of picking Thanos as the most popular movie villain, a debatable title that many would argue, is that he has the highest kill count of anyone in the movies, EVER. It’s not just the fact that he wiped out half of all life on earth, even though that’s what the movies centered on, he wiped out half of life across the GALAXY. It’s likely that his numbers are in the high trillions if not beyond given the number inhabited worlds throughout the Marvel universe. And he did all that with a snap and what are basically the foundation stones of everything that exists within the Marvel universe. Of course that doesn’t make a lot of sense to say if the stones were destroyed by Thanos in the beginning of Endgame. It could be that the stones still represented a great deal of power, but destroying them does beg the question of why reality wasn’t destroyed when Thanos took care of the stones. Perhaps thanks to time travel, since the stones still existed at one point in time, things were allowed to remain as they were. That’s a longer conversation than I’m willing to have at the moment however and pulls too far away from the point. The idea of Thanos as the number one movie villain isn’t too confusing as Jeremy Dick of MovieWeb might agree, but it’s still kind of problematic for those that grew up with some truly diabolical movie villains throughout the years.

It does make a lot of sense to see Darth Vader high up on the list, since despite the fact that he didn’t kill quite as many people as Thanos, he did still bring down an ancient order that he’d once belonged to. Surprisingly, the Joker from Batman brought up third, while Voldemort and Kylo Ren rounded out the top five. It’s even more confusing to see the emo-villain Kylo Ren as a top five contender since when it comes to being evil, some might think that it’s particularly easy to label a person that kills their own father in this light. But Kylo was more of a troubled and confused soul than anything, and wasn’t even close to being on par with the likes of Voldemort, Vader, or Thanos. The entire list features some very interesting entries, but leaves out a few villains that might come as a surprise to those movie buffs that would assume that there are names you just wouldn’t leave off such a list. Apparently Freddy Krueger made it, but Jason Voorhees and Chucky didn’t, which is so incredibly odd since both killers have fairly high body counts and an extremely devoted fan base. David James of We Got This Covered had more to say on this matter.

Thanos however tops them all pretty easily with one dreadful snap, and yet he’s one of the more confusing villains ever when it comes to movies since he believed that he had such a noble purpose for making this happen. Wiping out half of life in the known universe was meant to be a blessing so that the other half could thrive without having to continually compete for resources. In other words, he wanted to take the easy way out and simply get rid of half of the mouths in the universe in order to allow the other half to survive. Instead of coming up with a way to do more with the resources that are available he took the simple way, kind of, and simply wished half of all life to simply not exist. To some that makes sense, and in the movies it gave Thanos a sense of purpose, as it did in the comics, but it still felt a bit excessive. On top of that his whole noble act was a bit over the top when it came to his villainous ways, as in the comics he’s not nearly as sedate as he was in the Infinity movies. The Thanos on screen was almost like a problematic father figure that would gladly explain what he was doing since no one could stop him, but in the comics he’s almost always been a villain, in it for himself and no else.

In the movies, well, he’s still a villain, but the popular opinion among many is that he still has a few lessons to learn since he’s not quite as diabolical of a character as others have been in their time. One has to wonder if Thanos is being given this edge because of his high kill count or because he’s a part of the highest-earning movie in years. In any case, there are many opinions regarding other villains in the movies that many people would readily give voice to if only to dispute the fact that Thanos deserves the top spot. He’s definitely up there when it comes to being evil, but some folks would gladly argue that he’s not THE ultimate bad guy.