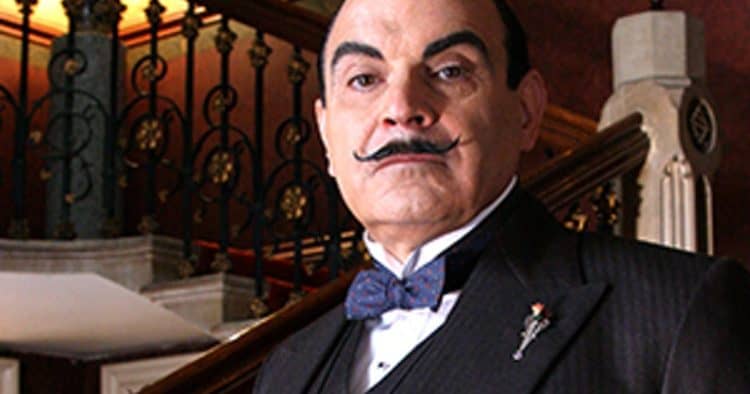 David Suchet is one of many actors that many people have likely seen once or twice in the movies, but it’s easy to think that a lot of folks didn’t know his name simply because they didn’t look at the credits, and because he plays a great supporting character but sitting down to movies in which he takes the lead might not be high on the ‘to do’ list for a lot of people. With that in mind, he does feel like a better supporting actor than a lead, but at the same time, one can’t deny that he’s effective wherever he’s put since he has a very stern manner that makes him perfect for the part of a villain or someone that is simply a very serious individual that doesn’t engage in a lot of frivolity. His type of acting has been popular for quite a while and back in the 80s and 90s, one could see quite a few people attempting to make this type of act work. Some pulled it off beautifully while it was kind of elusive with others since they came off looking a little cartoonish and overdone. There are just certain looks in the movies that some people can do better than others, and David has definitely nailed his, but thinking that it’s made him insanely popular isn’t quite accurate.

He’s been around since the 70s and has done quite a bit on and off-screen when it comes to his career and his life, but he’s taken on quite a few roles that people might not remember simply because he was a character that didn’t really gain that much focus until later on in the movie, or was someone that kind of came and went as he was needed. But over the years he’s been racking up the roles until at the age of 74, he’s still doing his thing and he still looks every bit as intimidating as he ever did. It’s easy to think that he might be a rather nice guy under that slightly sinister expression though since one thing that’s been made evident in the history of show business is that a lot of people know how to put up a good and convincing front that makes them appear to be kind of like the people they portray in the movies, but in real life, they’re actually quite nice and probably just like anyone else. David has played some truly horrible people in his time but he’s also taken on roles that have allowed his acting to expand and prove that he can take on a wide variety of characters that have allowed him to accept a very large number of roles. This has helped to carry his career through to the current era in which he’s still working and currently has a project that’s in pre-production. He’s also been a part of the series His Dark Materials as well, so it’s fair to say that he’s still just as active as he’s been over the years and while he might be slowing down due to age, he’s definitely not over and done with yet.

It’s kind of amazing to watch people grow old on-screen over the years since when they’re younger they might not be as effective, or they might be perfect. But over time everyone changes as their bodies start to age and their experience and wisdom, hopefully, increase with each role. David is one of those that has been rather effective throughout each role he’s taken on, but there’s no doubt that he’s gained a great deal of wisdom and experience over the years, and has used it to the greatest extent. Looking at his filmography it’s very easy to see that he’s kept himself busy with one role after another, but the knowledge that he’s had several shorter roles that have afforded him more time to take on other roles that could be accomplished within a short period of time is interesting since it’s easy to think that he’s been flitting from one set to another for years and slipping into one role after another in order to stay paid and keep up his reputation. That is one of the things that actors tend to rely on the most throughout the course of their career after all, as this and the steady paychecks are no doubt nice to have when one reaches a certain age where security is absolutely vital. But looking at David as an accomplished actor and someone that has earned the esteem that he carries is very easy since the actor has done quite a bit in his life and has earned every mile he’s walked, so to speak. Hopefully he’ll keep going for a while yet if the pandemic allows since he’s a great talent and fun to watch.