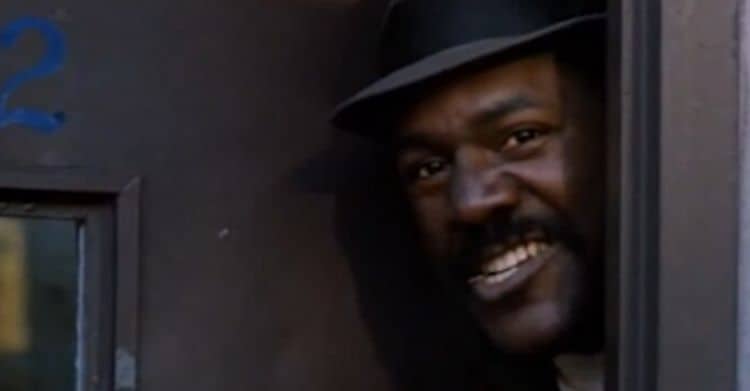 For having one of the most recognized faces in show business it’s amazing to think that Frankie Faison isn’t really known by name, especially when he’s taken on so many different roles throughout his career. He’s almost always been someone that you can’t help but like, even if there are a few roles that make it easy to think he’s a bit scandalous. Frankie simply has that big smile and affable manner that a lot of people enjoy since he’s quick with a smile and tends to the type of guy that folks might want to make friends with even his character in a movie or TV show isn’t particularly nice. But in terms of his career, he’s been trucking along without stopping for quite a while now and is currently in his 70s and still looking as though he could keep going for a while if he really wants to. The thing about Frankie though is that he doesn’t look like he’s aged as much as he has, but it’s fair to assume that he’s feeling his years some days and is bound to think that retirement could be somewhere down the line. Of course, it could be that he’ll want to keep acting for as long as he’s physically able, which wouldn’t be too much of a surprise since he wouldn’t be the first one to think this way in terms of his career.

He’s been in so many movies and shows that it’s hard to remember all of them even if a person has seen them all, but one that stands out is the campy horror movie Maximum Overdrive, which was still entertaining despite that looking at it now might make a person wonder what they were so scared of back in the day. He played the truck driver Handy, who was in charge of the large semi-truck with the goblin face on the front. While he didn’t have a huge role in the movie he was still present enough to be noticed and was someone that people could identify with since the idea of machines coming to life and attacking humans was more than a little frightening. But he was also in Coming to America with Eddie Murphy and Arsenio Hall as Mr. Townsend, the landlord. He wasn’t the most pleasant individual in the movie, but he was someone that was still more or less glad to make the prince’s acquaintance, especially after he was given their apartment, which had been fixed up to accommodate their royal stature, without Akeem’s knowledge of course.

One of his best roles of all time though was that of Barney Matthews from The Silence of the Lambs, since he would take up the role again in Hannibal and then again in Red Dragon. This character was a little odd at times since he wasn’t a bad guy, nor was he anyone that a person couldn’t really trust, but he was someone to keep an eye on since he was one of the few people that were able to get close to Dr. Hannibal Lecter without becoming a casualty. A lot of it had to do with the fact that Barney wasn’t a bad person and, more importantly, he wasn’t rude. Hannibal had a definite dislike for rude people and found Barney to be a good listener and someone that attempted to be polite at every turn. One could say that he wasn’t really Lecter’s friend or his confidant, but he respected Lecter all the same and thus gained a measure of respect from Hannibal that went a long way, meaning Hannibal likely wouldn’t come after him on a lark simply because he remembered a rude remark that Barney leveled at someone. When you’re job is to deal with a person that can kill without raising their heart rate and then eat the evidence, it’s usually best to be polite obviously, especially if that keeps you at least reasonably safe for a while.

Frankie has had quite a few successful roles in his time and he’s only been getting better with age since everything appears to come naturally to him at this point when he’s on-screen, though it’s easy to think that he might not say the same thing. Even actors that have been in the game for a while manage to get the jitters, and while hearing such things might not make people believe it, the fact is that such things do happen. He even had a turn in the MCU for a bit when he was given time on the show Luke Cage for a few episodes. His character on that show didn’t last too long, however, and he was on to the next project not too long after. But one thing is pretty clear, until he’s ready to retire we’re going to be seeing more of him.