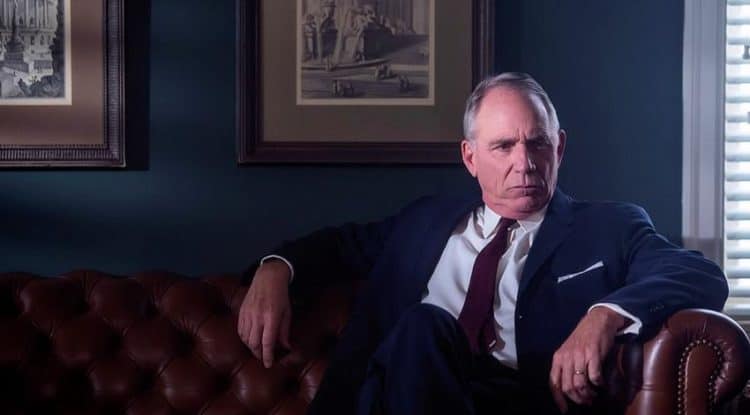 You’ve probably seen John Getz a few times over the years and simply don’t remember him since the fact is that John is one of the many that can be standing right in front of the screen and still be less than noticeable unless his character is one of the primary individuals that is important to the story. It’s not an insult to his acting skills, but rather the acknowledgment that he’s been around for a while and yet hasn’t really gained the same type of popularity that his fellow actors have. But the truth is that he’s been a successful actor for a while and has been one of the many that have helped to bolster many a story when needed. He’s also provided several characters that people should be able to remember since he has a sense of the dramatic and can also inject a note of comedy here and there to make a scene work as needed whenever it’s required. The fact that there are so many actors out there that can do the same thing isn’t a big issue, since John has his own methods and his own charm that helps to keep him around. Seriously, if you’ve seen him before then you’ve likely come to have his character, but also appreciate the niche that he fills when he’s being used for one purpose or another.

A good number of his characters have been absolutely despicable by design, since his character in the remake of The Fly, and its less than celebrated sequel, was kind of a jerk. Stathis Borans is an easy guy to hate initially since he does act like a possessive jerk to Ronnie, who is played by Geena Davis, but he does end up serving a purpose near the end of the first movie since despite losing his hand and part of his leg to the corrosive acid that Jeff Goldblum’s hideously transformed character spits on him, he does save Ronnie from being fused with the creature that Seth has become. So while he’s not exactly the typical hero type he’s also not the worst villain in the world. In a sense, he’s a guy that has all the jerk qualities of an ex-boyfriend but a few redeeming qualities that are hard to find until they’re absolutely needed. It’s kind of hard to feel sorry for him in the first or second movie though, despite the fact that by the second movie he’s no longer the main villain and is more of a broken man that helps out in his own way. Characters such as Stathis are usually easier to pity after a while, but they’re not exactly the type of characters a person would think of turning their back on simply because they could turn out to be more dangerous than people give them credit for, which is a feeling that some actors can cultivate and some have trouble with.

There are characters that are a little more obvious when it comes to their villainy, such as Maxwell Potterdam III from Men at Work with Charlie Sheen and Emilio Estevez. This character was actually despicable and fun at the same time since Getz was able to really take things as close to over the top as he could, meaning that Potterdam was more of a comic book bad guy than anything. The story is a pretty simple one since a local politician in league with a crime boss threatens to expose the crime boss’s illegal dumping of toxic materials. The politician ends up dead, two garbage men find the dead politician and the hilarity ensues. It sounds a little morbid saying it like that but the movie was pretty funny, to be honest, and Potterdam ends up getting his just desserts by the end of it in a rather silly manner, but one that was played up quite well by the cast. Getz has been the type of guy that can be deadly serious when he’s acting or can play along with the rest of the cast and just have fun with it, which makes him a success no matter if people remember his name or not, since the fact that a person can have fun at their job is a big win for anyone to be certain.

He’s been able to guest star in a lot of TV shows and movies over the years that have made great use of his talents and have found spots for him that have been beneficial for his career. Despite being well into his 70s, John is still at it and still going strong since he’s been keeping up with his work and continuing to appear on TV and in the occasional movie over the years. Even if you don’t know his name it’s very likely that a lot of people have seen him at least once or twice.