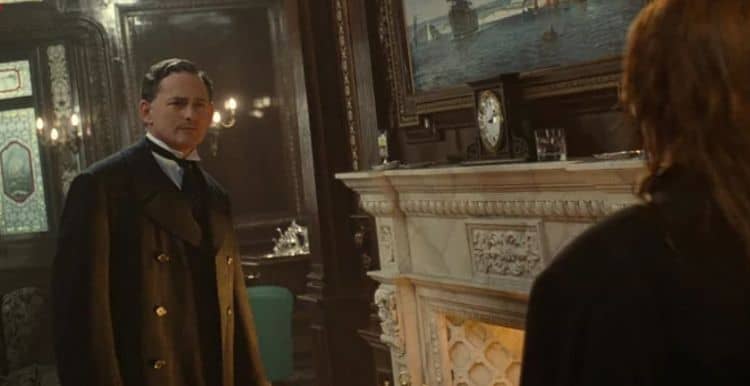 Victor Garber has been a busy man for much of his career and it doesn’t appear that he’s calling it quits just yet at the age of 72. He has the kind of face that people tend to recognize since he’s been in so many different TV shows and movies over the years. Two of the most prominent that come to mind at the moment are Titanic and Legally Blonde, which feature him in very different roles and very different circumstances. Having been in show business for most of his life it’s fair to state that Garber is one of the most seasoned veterans around, but the fact is that a lot of people might not know him by name either because he’s ‘that guy’ in a lot of shows and movies or for other reasons. There’s no doubt that he’s good at what he does, but a lot of the time he does end up playing a supporting role or a character that’s there but not so horribly important that he has to be given the same type of attention as the lead.

It’s kind of interesting to think that some of the people who have been in the business for longer than many of the more popular celebrities must have seen people come and go, and have been able to watch the rise of the current celebrities over the years. What’s kind of tragic in a way is when it comes to wondering if such individuals as Garber have ever taken the time to think why their career hasn’t experienced the same surge as those that entered the business later and are far younger. It might be that Garber doesn’t really think about it and focuses instead on his own career and auditioning for the gigs that he wants since this would be one of the best ways to keep from obsessing about such things. The level of maturity that he might possess is also a reason that such a thought wouldn’t bother him since there’s no real need after a while to compare oneself to anyone.

If there’s any lesson that can be learned as one ages it’s the fact that people in any industry are going to come and go, and some will attain success quickly and rise in meteoric fashion to the top, but some will also come crashing down after their star has burned its brightest and join those that have been moving steadily forward as they strive to simply keep a career. The novelty of being known and adored by so many is a fine thing no doubt, but if anyone’s been paying attention over the years it comes with its fair share of annoyances and issues from the paparazzi to scandals to constant scrutiny from anyone and everyone with an opinion. That’s why an actor that might not be as known but is usually recognized has a distinct advantage since they don’t tend to get hounded quite as much and yet they still have the opportunity to make a very good living doing what they enjoy. There are definite trade-offs in the acting industry, and the short-term fame versus the long-term stability is one that has been touched upon over the years.

In any case, Garber’s career has been steady for quite a while and his time on Titanic, as mentioned, was one of the more memorable times that a lot of people should be able to remember. It doesn’t even matter how much of history was retconned for the movie, the role of Thomas Andrews was a solid one since it established the identity of the movie and the fact that someone was behind the building of the most impressive seagoing vessel at the time. There are a great number of rumors about what happened to the real Andrews when the Titanic went down, but the romanticized version in the movie is probably what people want to believe the most since much like the captain, Andrews was either in a state of shock that his seagoing marvel was sinking, or he was consigned to the fact that he would join his creation at the bottom of the Atlantic. It’s a part he played quite well.

The character he plays in Legally Blonde is pretty much the opposite of Andrews since as Professor Callahan he’s kind of a jerk and a sleaze despite being a well-respected professor. In fact, his behavior towards Elle actually gets him fired by a client since he shows a little TOO much interest in Elle and kind of ruins her internship, which doesn’t sit well with anyone once they’ve found out. Obviously Victor can turn on the charm and flex his dramatic chops quite easily, but he can become the villain pretty easily too, which makes him someone worth noticing.