Home
TV News
That Awkward Moment When ‘Teen Titans Go! to the Movies’ Predicts Your Batman Spinoff as a Joke a Full Year in Advance 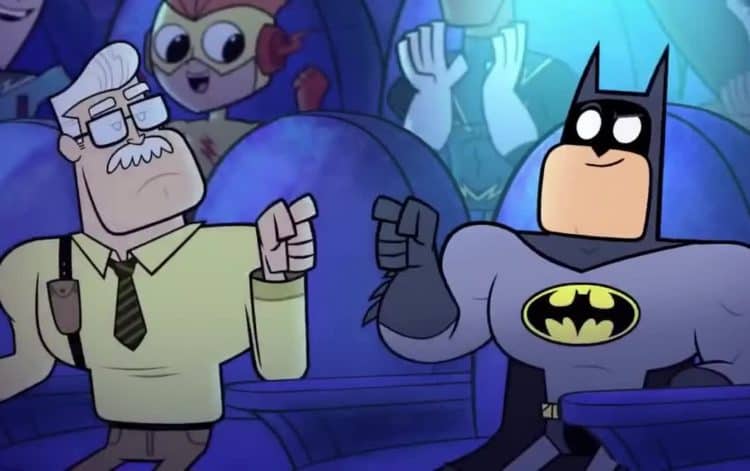 One of the great surprises of last summer — besides just how devastating that Infinity War (2018) finale ended up being — was how positively delightful that bizarre little Teen Titans Go! spinoff proved to be.Â  I never would have guessed it going into it, but Teen Titans Go! to the Movies (2018) was actually, legitimately, one of the better movies to come out of last year.Â  It was certainly better than the movie that ended up winning Best Picture, that’s for sure, and even traded sizable blows with mainstream heavyweights like Aquaman (2018), Incredibles 2 (2018), Deadpool 2 (2018) and Ant-Man and the Wasp (2018).

Now, I am about the furthest thing there is from being a fan of the show.Â  I only chanced the movie in theaters because of the surprisingly good reviews it was getting from people I very much respected when it comes to judging movies.Â  I almost had to go alone because my wife with similarly reticent about the whole affair.Â  We grew up on the 2000’s cartoon and had no love for this puerile, gag-laden retread.Â  But I’m ecstatic that we did, because it was easily the funniest thing to hit theaters throughout all of 2018 (sorry, Deadpool 2) and was much more clever than it really deserved to be when all was said and done.

Despite the heavy competition from throughout its jam-packed runtime, one of the funniest jokes of the entire movie revolved around every single DC hero and side-character getting their own movie except for the titular Teen Titans.Â  Obviously, mainstay heavyweights like Batman, Superman and the Green Lantern — who have generally always done well with the public — got one.Â  At long last, Wonder Woman got one.

But then Aquaman gets a movie?Â  Well, I guess he is a part of the Justice League.Â  And Shazam?Â  Well, they actually did just make one about him in real life.Â  And… the Spectre?Â  Utility Belt??Â  Batmobile???

And, of course, they made one about Alfred.Â  That’s right, Batman’s butler got a movie about his career as a vigilante grime-fighter: cleaning up the streets of Gotham with his trusty broom and dustpan.Â  It’s a great joke.Â  Everybody laughs.Â  Rim shot.Â  Fade to black.

The thing is though… DC went ahead and made it.

Seriously.Â  Revealed in a “taking itself waaaaaaay too seriously” thirty-second ad, DC unveiled Pennyworth to the world: a Batman prequel series set in jolly old England and starring the man who would eventually wash the Dark Knight’s dirty socks and fix him breakfast every morning.

Reminiscent of Nolan’s signature style from the Dark Knight movies and set to the metronomic ticking of a clock, the series promises a super duper serious action-packed juggernaut of a tv series.Â  We see Alfred taking on wealthy clients with the same deft charm as he does the series’ eventual bad guys (and evidently the royal family?).Â  It’s a show that smacks of trying way too hard in an entertainment environment when the DC movies finally stopped wringing the last ounce of Nolan out of this exact aesthetic. 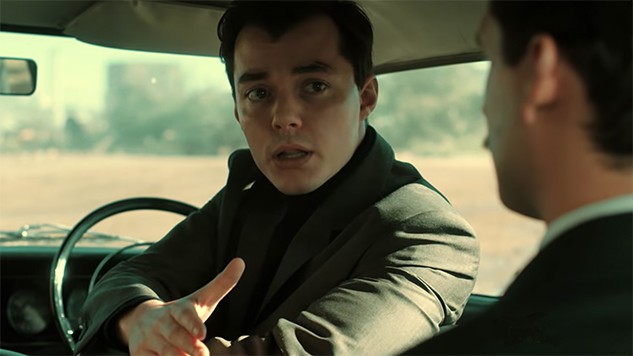 It’s boring.Â  It’s tedious.Â  It drains the life out of the characters.Â  And it never worked for anybody except for Nolan.Â  And with this character?Â  It’s not even worth checking out for the novelty of its awful premise.

And yet here we are: witnessing the “so ridiculous it can only work in a movie this innately absurd” gag of Alfred headlining a Batman franchise all his own from Teen Titans Go! to the Movies becoming our actual, factual, lived reality less than a year out from hearing the punchline.Â  If the movies — you know, the things that people actually care about — have finally gotten over the grimdark death spiral, then it’s high time that the DC TV division does the same.Â  Because this… this is just embarrassing.