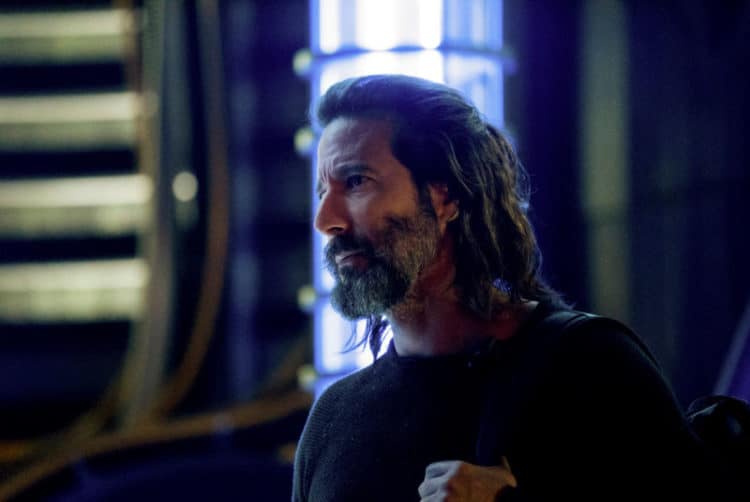 First thing’s first, I want to apologize for missing last week’s review. I’ve had a lot on my plate lately and it hasn’t gone away, but those of you who read my reviews and engage with me on one of my favorite shows make me want to continue to write and help me recover more quickly. So thank you. The 100 fans, for all their flaws, are a supportive and passionate group.

While things in my life have slowed a bit, something that continued full speed ahead is the plot of The 100. Some people would argue that the impending war is spending too much time impending, but I don’t think that The 100 is at its most exciting when it’s at war. The 100 is at its most exciting when it’s tense between characters and war is on the horizon. The best part of the show is the way they explore the moral choices that the characters are confronted with in a constantly devolving, post-apocalyptic world. I love this show, but I’ve never been all that interested in “the war”, because far more interesting to me is the people who enter the war versus the people who leave it. 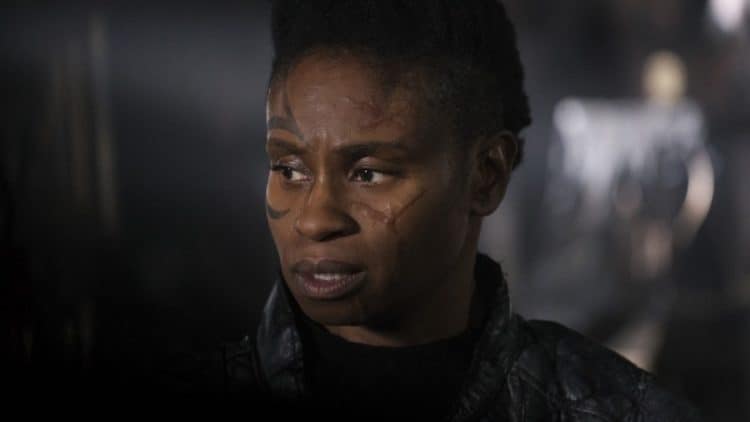 “How We Get to Peace” is familiar in some respects. The 100 is certainly no stranger to characters who want to lay down their swords to have peace, while others aim to sacrifice the lives of some to save the lives of many. Bellamy and Clarke fall into the latter category (as they have in the past), searching for someone that they can sacrifice so that Bellamy can save Octavia’s life, and Clarke can save Madi’s and stop the war (Of course, if Octavia had agreed to surrender, they wouldn’t have had to do this, but I digress). So they settle on Cooper and use her to (they think) foil Octavia’s plan. So one of the best things about The 100 is that it forces you to wrestle with “who’s right in this situation” and doesn’t necessarily give a clear answer. Some people will side with Octavia for holding strong and protecting her own people, while others say that Bellamy and Clarke were right to try and prevent the war with any means necessary (For what it’s worth, Indra seems to be firmly entrenched on their side).

Raven encounters a similar battle, pushed over the edge by Abby’s drug addiction. Raven leans toward the side of peace at the beginning of the episode, but Abby helping the other team in exchange for drugs gets Raven fired up. Echo suggests that they kill Shaw because he’s their only pilot, and it would severely cripple their forces (and she’s right), and throughout the episode Raven warms to the idea as her hatred of Diyoza and her team grows. Shaw has actually proven to be one of the more level headed new characters, but it would be very The 100 like to get rid of him unexpectedly. 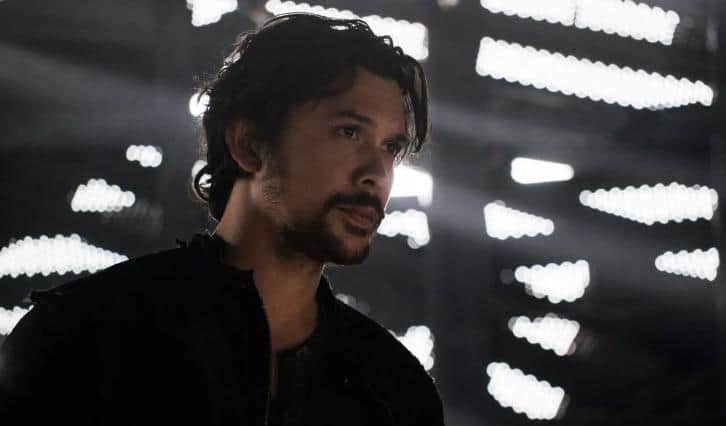 So of course, as all of our favorite characters face dilemmas, we as an audience have choices to make, too. Do we fall in Octavia’s camp, where we defend the livelihood of our own people above all others? “You are Wonkru or the enemy of Wonkru”? Are we more of a Clarke/Bellamy/Echo/Raven, who want to get to peace but recognize the evil realities of the world, and are therefore willing to justify certain atrocities in the name of stopping the war?Â  Or are we more of a Marcus Kane, or a Monty? Kane is a humane peace broker and Monty fully objects to more violence, and aims to find another way. Or do we have more sympathy for Diyoza now that we know she’s been pregnant for 100 years and 5 months?

I don’t want to tell you what to think. But The 100 does a great job of making you consider all sides of an issue, don’t they? They’re constantly taking characters you love (or hate) and shifting their allegiances, so you’re forced to think about the acts instead of blind support for the character.

In summary, “How We Get to Peace” in some ways felt like a set up, but in many more ways felt like another exercise in something that the 100 has mastered: creating moral questions without right or wrong answers.

Bellamy, Clarke, and the others make moves to try and push Octavia and Diyoza toward peace on this week’s strong episode of The 100