Home
Movies
The 20 Dumbest Decisions Ever Made in Movies 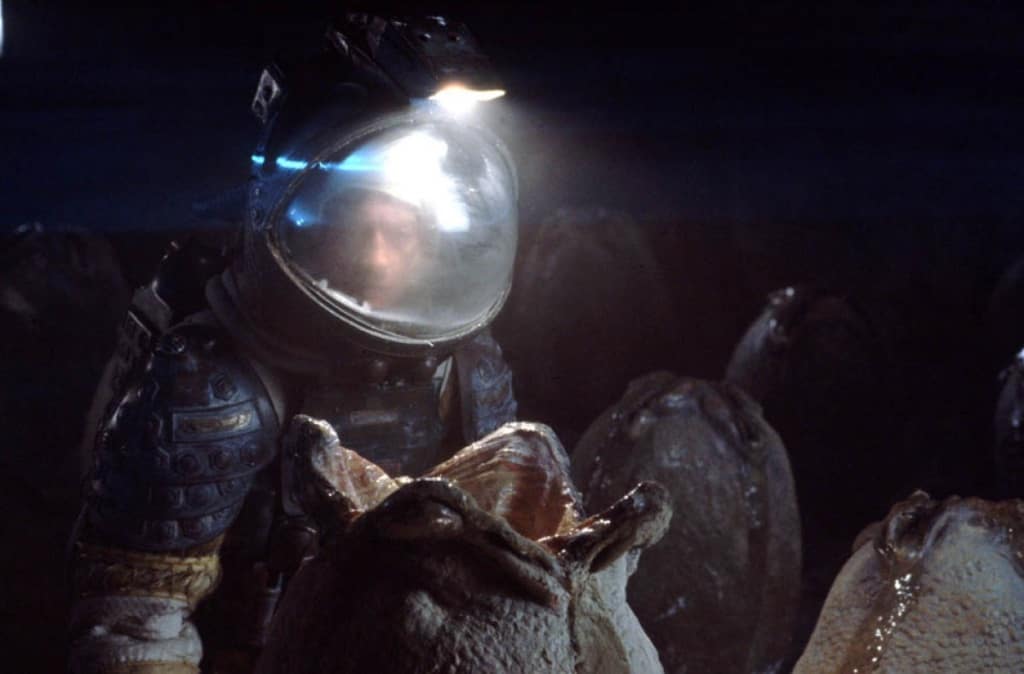 There have been some seriously dumb mistakes made in the movies and a lot of them are due to poor writing and, well, the need for a working plot and a way to keep the story rolling. Otherwise, stupid decisions wouldn’t be as necessary and the movies we watch wouldn’t be as entertaining. With that being said it’s obvious that we’ll continue to see some of the dumbest decisions ever made as they continue to be written in. At least we get a few good laughs from them, right?

Here are 20 of the dumbest decisions ever made in the history of movies.

Considering all of the enemies he’s fought against in the history of being Iron Man, one would think that Tony Stark might think that giving his address would be a horrible idea. The chances are pretty good they know how to use Google anyway, and he’s not the hardest person to find.

19. Having the unstable leader as part of an intricate plan that involves mental acrobatics isn’t the wisest idea. -Inception

Sure, bring along the guy whose subconscious is doing everything it can to stop or worsen your experience while in the dreamscape. What could go wrong after all. Oh wait, just about anything and everything you can THINK about.

18. Don’t play with detectives when there’s a prize to capture. – Die Hard With A Vengeance

Movies like this make it evident that some bad guys just want to be caught and don’t want to admit it, as they’ll use their need for revenge as an excuse to do something uniquely stupid like messing with the guy that killed a GROUP of terrorists on his own. Okay, so Sgt. Powell did kill Karl, but John softened him up.

17. Sure, bring a gorilla the size of a building into a city. What could happen? – King Kong

Foresight isn’t really a skill that’s enjoyed by a lot of people in the movies, and moments such as this make that obvious. Bringing any wild animal into a city isn’t a good idea, but a wild animal that can cause this kind of havoc…huh boy.

It sounds cold-blooded without a doubt, but if you’re thinking that the guy you used to treat as a brother might be capable of causing mass damage, then the coup de grace is a mercy to him and to the rest of the galaxy.

We could say that Cabin in the Woods needs this warning as well, but then again, it’s like telling a toddler not to do…well, anything. They’re going to do it because curiosity is worse than any addiction, especially considering where it tends to lead.

14. Sure, let’s experiment on sharks in the middle of the ocean. – Deep Blue Sea

Because building a facility or taking over a facility on land wouldn’t make for a convincing movie, right? Well, the creators of this movie were smart enough to up the terror value at least by isolating the characters in this fashion.

13. If the first time doesn’t get it, keep trying, it might work eventually. – Terminator 2: Judgment Day

Skynet must not be as rational as it needs to be since it first went after Sarah Connor the adult, then John Connor the boy, then went back for John Connor’s command crew, then back for Sarah Connor the child. Why not just go back and wipe out the whole Connor family? It would have given rise to a new timeline at least.

Cold as that sounds, nature has a way of taking care of its own problems, no matter how brutal it can get at times. But taking a baby dino when mama is already out looking for him? Yeah, not bright.

11. Get lost in the woods, that’s kind of your problem. – The Blair Witch Project

One might think that a person would do a bit of research on the location you’re heading into just in case you do happen to get lost, and maybe even learn how to track before heading off into an unknown forest. And yes the first disturbance that occurs, take your butt home.

So first Bill Murray disguises himself and that works, somehow. But Tallahassee and Wichita don’t even think to tell him that their friend Columbus is a little skittish and carrying a shotgun?

9. Sure, you can get out the doggy door, or maybe just fight back. – Scream

Tatum did already knock Ghostface down with a few beer bottles, so why not keep tagging him with stuff and then move around him? Oh, right, because she needed a ridiculous death scene.

8. Just assume that Loki is going to trick you, it’s what he does. – Avengers

Thor and Loki have been alive for how long? And Thor hasn’t yet figured out how duplicitous his brother is bound to be even in the best of times?

7. All that magic in one place and bad guys come and go as they please. – Harry Potter and the Goblet of Fire

Seriously, with all the high-powered wizards and witches in the school, they couldn’t figure out when someone wasn’t who they said they were? Was Crouch even nearly as powerful as Moody?

6. It’s a watch, it’s not worth that kind of trouble. – Pulp Fiction

Butch just couldn’t let that thing go, no matter where it had been for so long. Yeah, a lot of people might have said just pick up a nicer watch and live with the memory.

5. Don’t bother listening to your future self. – Looper

After all, what does your future self know right? Apart from how things turn out, how you might meet your end, and what you need to be worried about, stuff like that.

Out of ALL the dumb decisions, and there are some doozies, this is one of the most memorable since instead of using her free hand to extricate herself from the box after seeing the trap, she sticks her other hand in. Because why not?

3. Yep, because the eagles are only convenient when they need to be. – The Lord of the Rings: Return of the King

True, it wouldn’t have been as epic of a movie had this solution been used, but with someone as wise as Gandalf in the group, one might think that this would have been an idea at least to simply fly to Mt. Doom and toss the ring in. Poof, no more ring, no more Sauron.

2. Did the machines REALLY need humans that badly? – The Matrix

All that effort to keep the human race alive only to slaughter them over and over again doesn’t speak to the intelligence of the machines, but it does make them appear more sadistic, almost as if they’d picked that up somewhere, perhaps from someone, like a disease.

1. Sure, stick your face over that strange, alien egg. – Alien

Of course it’s safe to visually inspect a foreign object that appears to be moving, he had a helmet on after all.

Bad decisions are just part of storytelling most times, but it’s still frustrating every now and then.