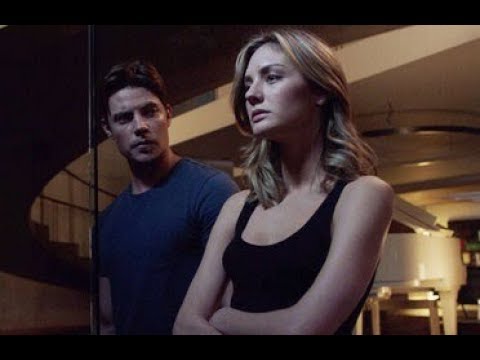 The Arrangement is certainly arranging a lot of stories with the potential to tear everyone apart. Has anyone else noticed that the headlines in the opening credits tell this season’s story? Look closely. Perhaps we’ll get some foreshadowing. That would be helpful, because truth be told, I had no idea what was going on in “Surface Tension.” The whole episode seemed a mishmosh of everyone’s divisions, complete with a two month time jump to show the depth of the cracks.

There’s a big part of me that wonders if Megan has what it takes to pull this plan off. It’s one thing to play a role in a film. It’s quite another to play a role 24/7 with someone you are supposed to share your life with. Even method actors have to come back down to Earth eventually.Â Megan and Kyle are not on even ground, and they both know it. Kyle’s just the only one who thinks it is going to get better. Meanwhile, Megan tries to get information out of Kyle’s ex, Lisbeth. But she’s not all there anymore. Whatever Terence did to her had some really awful, long lasting effects, and she’s not the only one. After firing Leslie, the stress of what she is doing is affecting Megan’s health. Don’t laugh when someone says stress can be physically painful.

At least Shaun is helping.Â I take back my statement about Shaun in my previous article. If she’s good enough to fool Terence, she’s good enough to get the goods on him and the Institute. Unfortunately, she could not convince facility trainer James to let her know where it is, because she is “not authorized”. It’s just a small setback. It changes nothing.

Two months later, Megan is all about building her brand. She’s signed on with a new agency, works all day, every day, all still with that side pain. But she persists, because she knows that when all is said and done with Terence, she needs to have a solid career to fall back on. She’ll use IHM to get what she wants, and only then expose its true nature. To Kyle, it seems like life has turned a corner, aside from not being able to pick an actor for his film. I don’t blame Kyle for turning down actor after actor. If they’re anything like the guy he interviews at the party, then it’s the studio who has a problem. But Kyle’s actor issues have to do with Kyle, not with the actors. He can’t stand the idea of letting a stranger see his vulnerability in this film. But he’ll have to be vulnerable in order to get this movie made. He has to cast someone, but I’m confused as to the purpose of setting up Megan’s new leading man.

Deann and Terence don’t have a conventional relationship. We know this. The rules of their relationship aren’t the same as Megan and Kyle’s. But in the rules of Dean and Terence’s marriage, what would it take to cause the kind of rift we’re watching build? Deann’s long-term affair certainly doesn’t help. It cuts off the communication lines in their relationship. This isn’t good for any marriage in crisis, let alone when the husband is robbed at gunpoint. He is then left an emotional mess, and he sees that same thing in Megan, whether she wants to admit it or not. The obvious track would be to pair Terence and Megan off and let the chips fall. But when Megan says yes to Terence’s offer, will she be able to play him?

All in all, not the best The Arrangement. Hopefully it at least sets everyone up for the quick journey ahead.

For the first time in a long while, The Arrangement puts out an episode which doesn’t quite explain itself or its intentions.