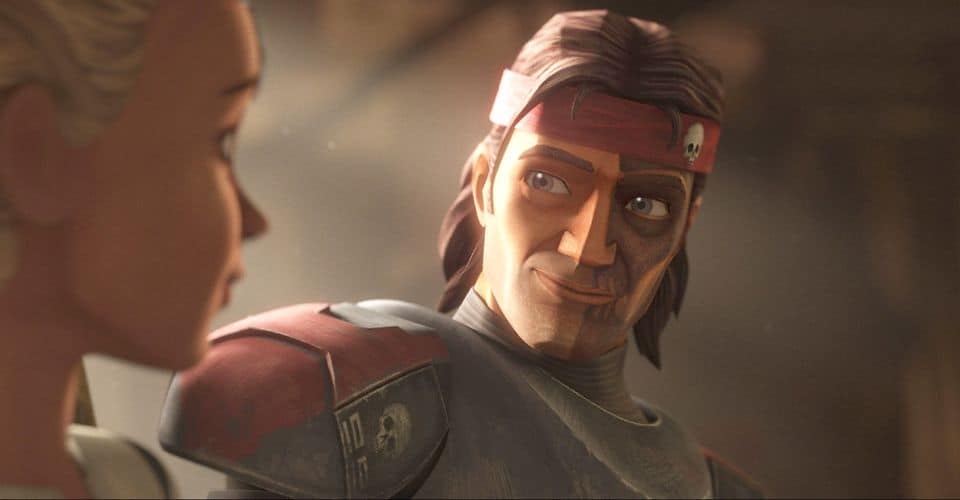 The second episode of The Bad Batch was had a pace so quick you’d expect it to be half as long as it actually was as Clone Force 99 made their way to the planet of Saleucami to meet with a desert by the name of Cut Lawquane, a clone that served with Captain Rex, the man that the clones were hoping to get a hold of. However, upon landing on Saleucami it’s immediately discovered that the Empire is increasing its presence through the galaxy, and the ability to simply leave the planet on a shuttle becomes more difficult when it’s discovered that chain codes are needed, in essence, a marker that allows the Empire to keep tabs on people as they have to register to get these chain codes. All feels lost at first as Cut is attempting to get his family off of the planet, but thanks to Tech and Echo the chain codes are located and forged, and while Hunter and his team are fending off the Imperial troops, Cut and his family make their way to the shuttle. The downside is that Hunter had plans to send Omega, the young girl that absconded with the clones from Kamino, with Cut and his family. Omega had other plans however and rejoined with the group, stating that she’d made her choice and that she had much to learn. Hunter couldn’t help but admit that he did as well, as the clone commander was used to dealing with soldiers, not kids, which means that he has a lot of learning to do. One thing the group did learn about was the inhibitor chip that was implanted in the skull of every clone, the same chip that made Order 66 take over when the program was activated. It’s still uncertain as to why only Crosshair, who is bound to still be hunting the group, was susceptible to the command, but it’s easy to think that the Bad Batch will be making their way to another port to seek refuge or, at the very least, answers.

It’s not hard to see why Omega would grow close to the group instantly since she too is a deviant clone, as the fact is that there has been no mention of female clones at this time, but as one might guess would happen, some are already guessing as to whether she’s a transgender character, as she would be the first in Star Wars. The reasoning behind this is that she is still a clone of Jango Fett, who provided the DNA for the clones, but since he was a biological cis-gendered male, one might think that since she shows female traits that she’s a trans character. This was kind of a leap in logic that kind of falls short simply because the Kaminoans are cloners, meaning that they have the means to do with DNA pretty much whatever they want or need to, and it’s been explained that Omega is in fact an altered, deviant clone of Fett, meaning she could be completely female by design, which appears to be the case. Putting that to rest just for the moment, since there’s likely to be a debate coming, the fact is that Omega is a rather cloistered individual since she’s never seen any other place aside from Kamino, as evidenced when she marveled at the appearance of dirt upon landing on Saleucami.

After escaping the planet it’s fair to say that wherever the group is headed there are bound to be plenty of adventures to come since being a group of outcasts that might eventually have a price on their heads is about to become a dangerous life. One might think that Omega has no place in this group, but then it might be wise to remember that at one time Boba Fett was just a kid as well, trying to become a bounty hunter while mixing with some of the worst and most dangerous individuals of the galaxy. Even if a person points out that Omega isn’t anywhere near as tough as Boba, the fact is that she has four heavily armed and experienced genetic big brothers to look out for her and so long as she’s willing to learn, there’s no doubt that she can become a valuable part of the group. Seriously, would you want someone the size of Wrecker coming after you if there was any hint of damage to Omega? The big guy took to her quite well while Tech and Echo might not have been as warm initially but could likely see by now that she’s a valuable asset. Hunter is the one that has the strongest tie to her at the moment since he’s the one whose approval she’s looking for and the one that she’s bound to look up to the most.