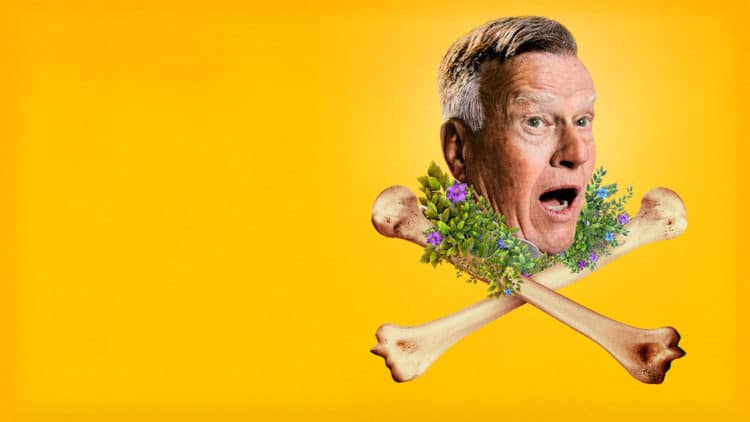 Kirsten Johnson takes her creativity a note higher. She’s unstoppable and has an innovative mind when it comes to non-fictional thinking and writing—her award-winning streaks keep on trickling. Dick Johnson is Dead premiered on October 2, 2020, on Netflix. Dick Johnson is Kirsten’s father and a retiring psychiatrist who is descending to dementia. And Kirsten’s safe place to face his father’s illness is behind the camera. To kill her father, a man she dearly loves, and said they belong together is not easy. But his dad’s assurance makes her do the unthinkable. He comforted her that he will remain alive forever after shooting the film making filming easy.

Facts About Dick Johnston is Dead

Dick Johnson is Dead is a love letter from a daughter to her father. Nothing beats love, especially a dad-daughter relationship. And this doesn’t make Kirsten Johnson hide the feelings she has for her dad.  She is a daughter who has seen her father struggle with death and grief. Later, he starts to descend to dementia. Johnson lost her mother at a tender age. Dick’s wife had dementia and succumbed to it. Kirsten narrates that her mother lost her mother (her grandma) in a car crash caused by a drunken driver. In a voice-over, Kirsten is heard saying that we live by losing people. She wishes if loving would only give out beauty, but in the end, loving teaches endurance of losing each other.  In the scenes, Dick is seen as a cheerful man who engages with his grandchildren as he swings, sings, and falls. Kirsten observes as her father goes by his duties: sitting behind his desk in the Seattle office, eating breakfast, his moving to New York to spend the rest of his time with her daughter since he can’t take care of himself.

The plot in Dick Johnson is Dead: Love Wins.

Dick Johnson is an older man and a father to Kirsten, who is slowly losing his thoughts to dementia. The ironic onion layer is that he is a retired clinical psychologist, which adds tears to this celebration. And Kirsten wants to have quite a good time with her father. At this point, you’d want to grab some tissue. Kirsten suggests they make a movie about him dying, to which he said yes. Dick’s death comes in the way of a window AC unit crashing from above, a heart attack, being buried in the sand, a tumble down the stairs, falling on the sidewalk.  Dick Johnson has a way of “dying,” as the crew’s record with a daredevil attitude. Dick plays along as a way of spending time with his beloved daughter. Kirsten shoots on to enable her to deal with the uncertainty of what undoubtedly will come. The film affirms to the human spirit – death is inevitable. It impacts the movie since its love letter is the work of father and daughter. It leaves a hard-fought contest between two opponents who append a signature of love.

Kirsten has made a movie of life’s harsh reality, although done through the lens of fiction, it’s framed, making it more inviting. The inevitable life is brought in a more welcoming and enjoyable way. In an easy-to-understand and fun way, enlightening people about death and traumas is not as easy, but Kirsten beats all the odds.  It’s a great film developed from a personal background and a creative movie spiced up with mixed feelings, emotions, and laughter—a great way to learn how to love, be human and exist.  Dad’s jokes at times embarrass- Dick is not short of humor. He is a caring, loving, and protective father who doesn’t want her daughter burdened by his condition. Their bonds create empathy and an honest relationship, which is seen by how Dick plays with his daughter.

Does it Make Kirsten Emotional to Talk About Dementia?

To father and daughter, it is a form of pre-traumatic stress therapy. People taking care of dementia patients understand every minute’s reality. So, the film allows them to overcome the low moments they encounter. What more can a loved one ask for apart from time?  She wanted quality time with her father; that’s why the film arose to support him. Such a chance comes once, and Kirsten grabbed the opportunity to act as a loving daughter. Create beautiful memories.  By making this film, Kirsten has discovered people are dying inside fighting brutal battles. Life, emotional, and financial burdens contribute to significant setbacks. She noticed so many caregivers are women who never get acknowledgment for their efforts.

What to Learn from Dick Johnson is Dead?

Memory loss can affect anyone, as ironically seen when Dick, a retired psychologist, develops dementia. But to overcome the reality, Kirsten decides to create lasting memories with her dad. They get to spend time together. The film will be seen in generations to come, even where uncertainty may occur.  Kirsten seeks her father’s permission to film with him and fake the several deaths. He agrees; it shows that he adores and supports his daughter’s artistic nature. Even when he can’t fully coordinate what’s happening (the blood stunt scene, he feels like it is his blood and not blood in a bag, quite hilarious and teary scene), it doesn’t stop him from being a great father.  It is clear that Kirsten understands the problems involved, and she knows what is decent for her father. She doesn’t wish her dad to die, and it’s a girl creating daddy-daughter moments, and Dick loves the film.

By making this movie, Kirsten feels she played a fair role in remembering his late mother (her grandmother), who had dementia and supported her dad. It makes her appreciate the fact both parents had dementia other than be resentful. So, taking care of her dad has become easy after the film. The film allowed her to work on herself as she helps her dad, which would have been hard to understand how to laugh again. But despite the situation, she can smile. Dick Johnson is Dead is full of deep taboos. Who kills her father, speak of death and film the same? It is so risky and funny too!