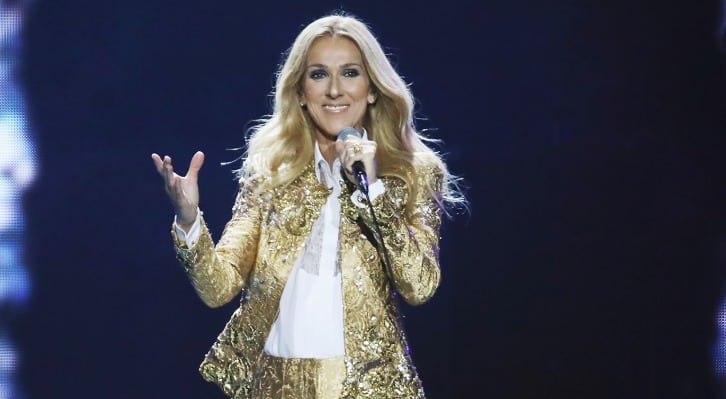 Anyone can say what they want about any celebrity in the world, that’s a right, but saying anything about Celine Dion might make someone look at you funny, unless it’s complimentary. When it comes to her skills as a singer all you have to do is look down the list of her accomplishments to know that she’s a legend in her own time and has gained a fanbase that’s simply humongous and bound to remain loyal until the day that she or they pass on. Her voice is so heavenly that just listening can calm a person down without much effort and her list of tracks is great enough that you could listen all day and night and not get tired of them. That is, if you’re into Celine’s music. Some folks don’t care for it but those that do swear by it and will gladly state that she’s one of the greatest of all time.

Just to prove that, here are some of her best songs from TV and movies.

5. Celine Dion – I Drove All Night

Fessing up is easy with this song since it’s not technically her that wrote it, but Roy Orbison. Cyndi Lauper did her own version of the song in the 80s and another band did another version of it as well. Celine however picked it up and gave it the benefit of her voice and it’s been admired and played over and over by many a fan throughout the years since it’s release and many might not even realize who wrote the song or who’s performed it before Celine. But the point of it is that with each rendition it’s gotten better, including with Roy, who released it first. The song itself is great, but the artists that have given it life have done a spectacular job.

4. Bicentennial Man – Then You Look At Me

Bicentennial Man didn’t receive enough credit I thought since yes, it was about an android that had a strange penchant to act more human than some humans, and he did want to become more human, but it was also a touching story about what it really means to be human. His owner even took this to heart since he saw the desire Andrew had to learn the ways of humans and was very forthcoming with what it meant to be human. Near the end of the film Andrew had finally come to understand just what it is that makes us tick, and had also come to realize that as humans, we’re not perfect, but we don’t need to be.

This might be one of the last artists you would expect to see on the soundtrack of a Deadpool movie but quite honestly if you think about it you might not expect a few artists that were either mentioned or featured in the second movie like Dolly Parton or WHAM. Deadpool is not the conventional hero or even anti-hero since he does things in a way that you could only describe as outwardly stupid and yet somehow grimly efficient when the moment finally arrives. He’s not a hero per se but he is someone that has a moral code that might seem to conflict with his ever-urgent need to kill something, or someone.

2. Beauty and the Beast – How Does A Moment Last Forever

One thing from Beauty and the Beast that rarely ever gets touched upon is the relationship between Belle and her father. In the live action movie it was visited a little more since the whole reason why her mother passed on and how she and her father came to live in the village is explored in greater detail. Belle was protective of her father to begin with, but when she learns of how her mother passed away in greater detail she begins to bond with him even more as the pain they both share is so poignant that one can’t help but think that theirs is a bond that would never be shattered in a million lifetimes. That kind of love endures almost anything.

You had to expect that this would be the number one entrant on this list, right? Titanic after all was one of the biggest movies ever made and it enjoyed an insane amount of success that blew the competition away for a while. Anyone that can take one of history’s biggest disasters and create a love story from it is someone that deserves the accolades they get, and Celine’s song was the icing on the cake for this masterpiece that kept a lot of people rooted to their seats the entire time they were in the theater. Some people even sat in for back to back shows just to enjoy it again for another three hours.

A lot of it was for the movie, but then a lot of people did stay to hear her sing again.