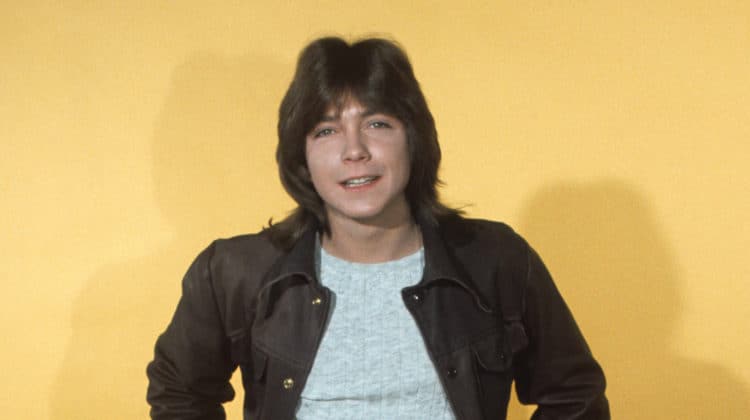 David Cassidy was at one time one of the hottest and most well-liked personalities in the music industry that anyone could possibly hope to see live. But despite his fame and fortune he was also one of the most troubled individuals as years upon years of drinking and depression had taken a toll on him by the end of his days. From all accounts it sounds as though the fame was simply too much and in order to cope with it he took to drinking as a means of dulling the pain that he felt. Unfortunately while his career had its ups and downs he never told the full truth about his problem until it was too late. By the time he was hospitalized with a failing liver and kidneys he came completely clean about the issue and let people know what was going on. As an entertainer he was a great man and gave joy to a lot of people, but deep down inside something was off, and it took a lot for him to express this to others.

Here are some of his best songs as used in TV and movies.

5. Malcolm in the Middle – Get This Party Started

There are a few things that are just kind of too embarrassing to do with your parents, and attending a live show where older women still throw their underwear up on stage for the performer is definitely one of them. Unfortunately for Malcolm his mom doesn’t really give him much of a choice sometimes when it comes down to what he has to put up with, so you can imagine the level of cringe that comes when older women are tossing their undergarments on stage for an aging musician that’s doing basically nothing but cover songs for the crowd. To each their own right? But yeah, this would be a low point in a lot of young boys’ lives.

4. The Partridge Family – I Think I Love You

As great as the Partridge Family was, and it touched a lot of people, Cassidy apparently had a large number of issues with the show throughout the years and it wasn’t as happy go lucky as everyone made it out to be. The fame proved to be a little too much at times and the ability of the press and the fans to scrutinize his every move and judge everything he did was a bit much. There’s no doubt that he was under great pressure from every angle and it’s therefore easy to see how he might feel boxed in. Even today this is a problem that a good number of celebrities deal with as people can’t seem to mind their own business about things that really don’t need to be a matter of public record.

3. David Cassidy – I Write the Songs

David was for a long time an idol that many people would never give up on since he brought a great deal of joy to their lives when they were younger and was a fond memory of when times were supposedly simpler and much more carefree. Unfortunately his life wasn’t always like this as he had to deal with a great deal of drama once he became famous it seems. Some people might not cry a lot of tears of sympathy for the man since he had everything at one point and it never seemed to bring him out of his funk entirely. But having everything doesn’t necessarily mean that you have a stable life, it just gives the illusion that you’re happy at times.

If you’re a Marvel fan and saw Ant-Man first you can admit that you were waiting to see the Wasp since she was an integral part of the Avengers in the comics and even a founding member. Of course we would be talking about Janet Van Dyne, not Hope. But in this move you get to see both mother and daughter eventually, and Hope rocks the new suit every bit as well as her mother was rumored to, showing Scott what it really means to embrace the whole idea of being a hero. Scott on the other hand kind of becomes the plucky hero that is still important but is kind of outmatched when it comes to Hope.

This film is just nuts. It’s about Britain’s most famous prisoner so of course it is since he’s the man that’s caused more trouble for the correctional system in the UK than most in the past several decades. The fact that he’s been incarcerated for so long is sheer madness, but taking into account that if even a percentage of this movie was true to life, Charlie Bronson was and is a true madman that lives by his own rules. It’s hard to see anyone but Tom Hardy getting this part down the way it needed to be.

David Cassidy was a truly talented man, but the later years of his life were a sad turn from a very successful career.