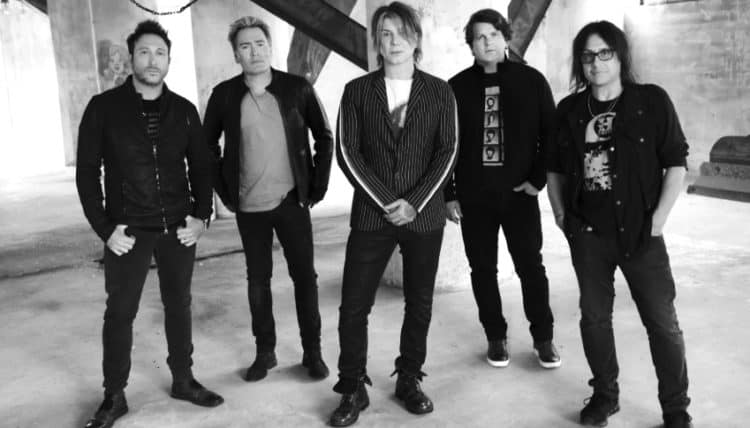 It’s kind of funny to realize just how the Goo Goo Dolls got their name. They had a gig one night when they were still little more than a garage band and they hadn’t decided on a name for their group yet. So after looking in a True Detective magazine they saw an ad for something called a Goo Goo Doll and went with it. Apparently if they’d had just a few more minutes to really think about it they might have come up with a better name, in their estimation anyway. But eventually the name stuck and people came to know them in this manner so it was something that became more of a funny story than a wasted moment trying to come up with a suitable name.  To this date however they’re still one of the favorite bands of many people around the world and known to many more.

Here are a few of their songs as performed on TV and in movies.

There was a time when Family Guy was considered to be the next big thing that was worse than The Simpsons or even South Park in some ways, and in truth it still has the Simpsons beat out for sheer audacity and controversial topics and material. But it’s also been widely embraced by so many that cancelling it wasn’t much of an option since there wasn’t a lot that could take its place if it would have been taken off. The family is like nothing that’s ever been seen before and yet they still bring in so many different parts of pop culture that it’s hard to condemn it completely.

4. Transformers – Before It’s Too Late

The initial Transformers movie was something that a lot of people loved since it brought one of peoples’ favorite cartoons to life and created a live-action show that managed to show the Transformers in all their glory. There were detractors of course, and some of them were even diehard fans of the series. But in all honesty this movie coming out was a turning point in films since unlike the animated version that was released many years earlier this brought the action to life in a way that hadn’t been done yet and introduced a new chapter in the history of the Transformers that hadn’t been seen yet.

Despite being a business and being all about the ratings and the money at times, the WWE has still been seen as a charitable organization that has learned how to take care of people accommodate their needs and wishes in order to make them feel that they are in fact appreciated as fans. After all, without the fans the WWE isn’t much since it takes people watching and idolizing the stars and the business in order to make it work. Anything else and they would make no money and have no show to put on. That’s why appreciation for the troops and other shows like this are so important to the survival of the WWE.

If you can imagine actually running TOWARDS a tornado or hurricane then this might be one of your favorite movies since it involves people that actually chase storms in an effort to find out more about them. In this movie there seems to be a lot of inaccuracies that were allowed to remain largely because it was meant for entertainment, but real storm chasers would no doubt be happy to point them out. Be that as it may, the whole movie was quite enjoyable since it kept up a rather interesting pace that would slow down occasionally as though to catch its breath, only to pick up and go again.

People believe that there are angels all around us at all times. In this movie that’s quite true as angels are to be found everywhere, watching, observing, and even influencing if they have to. But when one of them is seen by a mortal woman he finds himself falling in love, wishing to be with her since she saw him, which is something no human is supposed to be able to do. Eventually he gives up his life as an angel to be with her, but loses her not long after. The pain he endures is great, but through her mortality and his descent from his position he comes to find out just what being human means and why it’s so valued by those that are bound to exist as mortals.

One thing you can say about the Goo Goo Dolls’ music is that it has a lot of heart and is filled with passion. Iris spent at least 18 weeks at #1 on the charts and can still be heard over the radio today every now and again.