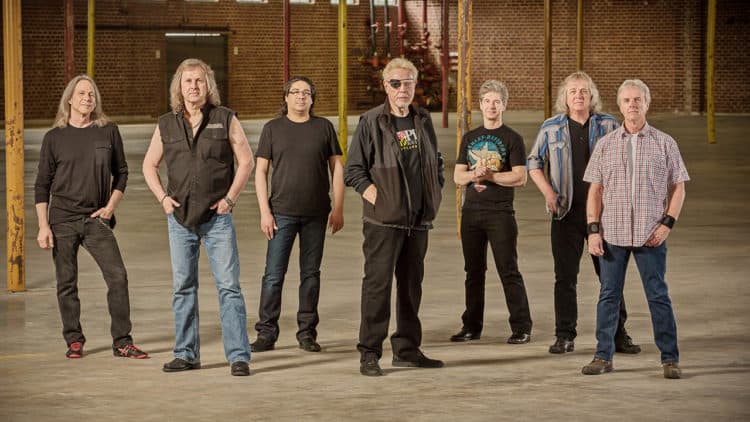 Kansas is one of the many bands that has undergone a big transition throughout the years as people have left and new people have come on. The distinctive sound and the two most popular songs that they’ve produced throughout the years though have kept them alive and well and in the minds of those that still call themselves fans. Their band name was kind of up in the air during their early years but at the very least they decided to stick with it after a while when they finally got their feet under them and really went to town creating a career that would last for a while. Throughout the years however they would still find that tension was a very persistent thing between the various members and would welcome new talent in while older members would leave, sometimes coming back and sometimes not.

Here are a couple of their most famous songs as heard in TV and movies.

There are some songs that appear on South Park that make a lot of sense and then there are those that are a little bit surprising. Granted, a lot of what shows up on a program like this has a great deal to do with the creators and their tastes in music, but still, while there’s been a focus at times on older music Kansas doesn’t seem like it’s the greatest fit sometimes. Of course Journey doesn’t seem like it completely fits but it was used as well and they made it mesh somehow. Sometimes it doesn’t really matter if the music fits, it’s more a case of whether or not it’s going to work at all, and somehow Parker and Stone managed to make it work.

4. Final Destination 5 – Dust in the Wind

This song isn’t really something you would think of as ominous since it seems more prone to being used as a reflective piece, but as anyone that’s watched any of these films should know there’s nothing reflective about Final Destination unless you count the premonitions that a few of the characters have. One thing about these movies however that never really panned out until the second movie was that the main characters survived. Of course that was remedied in the second movie when Devon Sawa’s character was reported to be dead from a supposedly natural accident. Death always gets its due after all.

How you would gain any insight on playing golf with O.J. Simpson after walking around town and listening to Kansas is kind of hard to see, unless you’re Seth MacFarlane I guess. Something about this makes no sense, but then the show isn’t always geared to make sense, it’s there to make people laugh and make money off of viewers and the mass amount of merchandise that’s pushed as well. It’s not a matter of being cynical, it’s just a matter of expressing just how crazy this show is despite the fact that it’s highly enjoyable in many ways. But really, sometimes you’ve got to sprint around the corners to try and see what Seth is up to before he moves on.

Happy Gilmore is one of the many working-class movies that is aimed at belittling or at least integrating with the snobby part of society that seems ready to keep the people that can’t afford their way of life from experiencing just a piece of it. Maybe that’s a personal opinion but it seems as though it might be kind of accurate. That being said Happy was one of the guys that broke down the social barriers in his own way and decided to let the high-class society know that he was there and he wasn’t going anywhere until he made some real money. Of course being the cool guy that he was it was all done to get his grandmother’s house back.

There were a large number of great songs in this movie but this was one of them that couldn’t be ignored since it was sung by Will Ferrell to start with and because “You’re my boy Blue!” was such an iconic line. The whole thing is basically an attempt by three friends to start up a fraternity when one of them is being threatened with eviction if he can’t come up with a good enough reason why he should be allowed to stay in his home, that he paid for, that was legally his. Of course it doesn’t help that the dean of the nearby college is a guy that he and his pals used to make fun of when they were still in school. But things have a way of evening themselves out.

If I claim to be a wise man, it surely means that I don’t know.