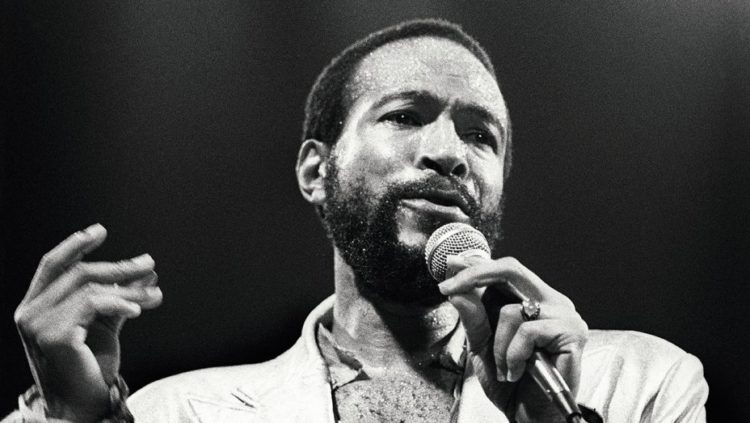 Marvin Gaye didn’t have the best upbringing as his father would often beat him it seems for any slight or shortcoming. He was encouraged to seek a career in music and for the most part he was great at what he did, though living with his parents made any stab at a career tough since he had to worry over the constant pressure of being berated and beaten. Eventually he moved on in his life and joined the Air Force, though he didn’t last too long since he didn’t care to carry out the menial tasks that he was assigned. Upon being discharged he started going to work on his music career and by the 1960s he’d started to become successful. Despite a life that sounded kind of unbearable Marvin put forth a great number of songs that made people go wild for his music, propelling him up the charts as his popularity continued to increase.

Here are some of his songs as used in TV and movies.

Anytime you saw Cephuse and Reesis coming you kind of knew to plug your ears for the next few minutes since this skit was performed a few times on In Living Color and it was always just as loud and obnoxious as it could possibly be. David Alan Grier and Kim Wayans were in fine form when they performed this act since all they really had to do was shout and act crazy, and among this cast that was something that seemed like a prerequisite at times since the show was a bit wild now and again. But pitting them with Jim Carrey was even better since he knew how to play off his cast mates without fault.

Just about everything on this show had a political lean and was bound to come crashing down around the ears of the characters since the title of the show kind of indicates that something, if not everything, was going to go wrong at some point. And the fact that the main character worked for a crisis management firm was enough to smell doom on the horizon for someone. People absolutely adored this show and were kind of sad to see it go. It seemed however that the story had reached its terminus, as it couldn’t keep going without leading into some other set of issues that might not have attracted as many fans.

This show is just great. Watching the celebrities get up on stage and lip sync to some of the greatest songs around is highly entertaining and even when they don’t feature elaborate sets and backup dancers it tends to be a lot of fun since many of them really get into it. It’s even more fun when they pick songs that are sung by the opposite gender since you get to really see them act the song out and play up that one crucial difference. For a lot of the performers it’s just a great deal of fun and a chance to show people what they can do, but for some of them it’s a real contest to see who can do it better.

2. Guardians of the Galaxy – Ain’t No Mountain High Enough

Guardians of the Galaxy was another movie that was kind of odd when it came to the soundtrack. Given the futuristic look of the scenery and the science fiction genre a lot of people might have expected something newer to pop up when Quill played his music, but instead he was a fan of the classics and kept a great number of them around on mix tapes. This was kind of an interesting quirk to the character that many people didn’t see coming but was also something that kind of made it a poignant reminder of when he was taken from earth by Yondu. He was after all a child that remembers a very different time and seemed to have no idea just what kind of trends were popular, as per the discussion in Avengers: Infinity War.

This is a team that seemingly had no hope since integration was not a big thing back in those days when it came to certain aspects of life. Sometimes it was all that could be done to keep kids of different colors in the same school, let alone expect them to play on the same team together. But when they did finally come together they proved that they were even stronger than the other teams for their need to look out for one another. The trip getting to that point was hard enough, but it was worth every step.

Marvin Gaye’s songs have helped a lot of movies and TV shows throughout history, and his words are still influential today.