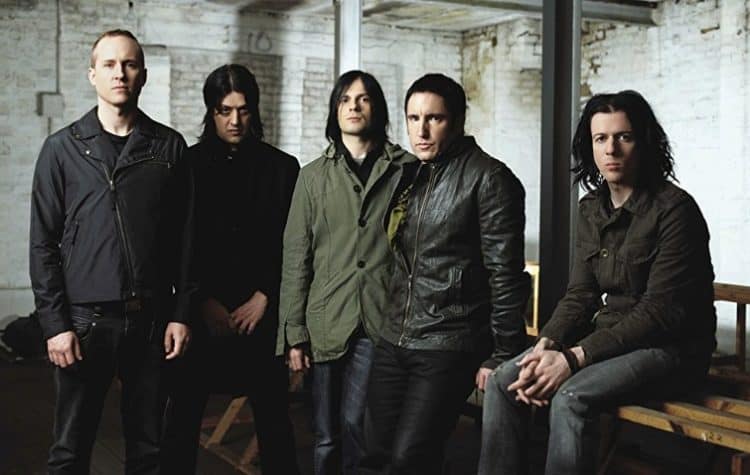 It’s interesting to find out that Trent Reznor of Nine Inch Nails came from a very simple beginning and at the same time he did most of the work on his first album in terms of singing and instruments. What this shows is that he’s not only very picky about who can bring the sound that he wants to his songs, but that he’s an extremely talented man that is able to do a lot when it comes to promoting his own success. Throughout the years now Nine Inch Nails has been one of the most popular groups around and their sound has made this happen. Between movies and TV shows it’s been seen that they manage to lend a great background to a number of stories that have benefited from their inclusion. To date they’re still one of the favorite bands that have been around for a few decades.

Her are some of their songs from TV and movies.

When it first started out, The Walking Dead was a show that shook things up and showed people that was different, exciting, and able to deliver the thrills that were desired. Throughout its run there have been a lot of critics that have popped up, and in the past few seasons a lot of people have thought that the story has seriously started to drag. But like so many shows it’s definitely hit a lull, but that means that the writers need to pep it up by doing the same thing that drew people to TWD in the first place. Now that it’s started to be shaken up again though there might be a lot of people that will have to eat their words.

4. Wanted – Everyday Is Exactly the Same

Wanted is a movie that kind of came and went in its own time. It was rather interesting since the idea of a league of assassins isn’t really something new, but the way it was applied was fun to watch. Curving a bullet around a target is not possible in the real world but at the same time it’s fun to see as a cinematic effect. The only problem with this assassin’s league and their supposedly moral high ground when it comes to killing according to fate is that it relies on the idea that human bias wouldn’t intervene. When faced with a kill order with one’s own name on it, a lot of people simply stop believing in fate.

A lot of people might be looking at this funny since Doom was not the greatest movie and it might not seem like it deserves a spot here. But all in all it was an attempt at something that hadn’t been done before, and the fact that it featured Dwayne Johnson, back in the days when he was still known as The Rock, as he tried to make his way into action films. Obviously this wasn’t his best attempt but it doesn’t seem like it was his worst either. It was a sound try at bringing together a few very talented individuals in order to create something that a lot of fans might have initially been very excited to see.

So who decides who is innocent and who is guilty? If John Doe’s example was to be followed then truly some people in the world that are absolutely despicable would be eliminated since they absolutely deserved something bad to happen to them. But what’s unfortunate is that others among those that people feel the need to punish wouldn’t deserve it nearly as much. The evils that we see as deserving of punishment in this world are often relegated to shades of gray that warrant punishment, pity, or simple acknowledgment but no punishment. The problem with humans judging humans is bias, and it’s kind of inescapable.

The Crow is a cult classic that has inspired a following that people have fully embraced throughout the years since it’s not just a love story, and it’s not just a revenge story. It’s a tale of both that is set in a place where crime is not just accepted but allowed since there’s nothing the cops can do when it comes to anything other than a situation that can be easily controlled. The gangs are simply too powerful and the criminals are the ones running the show. But when one man that’s suffered more than many is brought back to exact his revenge the criminal element has to stand up and take notice as he begins to take his revenge upon those that killed him and his fiancee. The whole gist of this story is that love and revenge are not separate, nor are they exclusive.

Nine Inch Nails has been one of the most popular groups in the music industry for a long time, and for good reason.