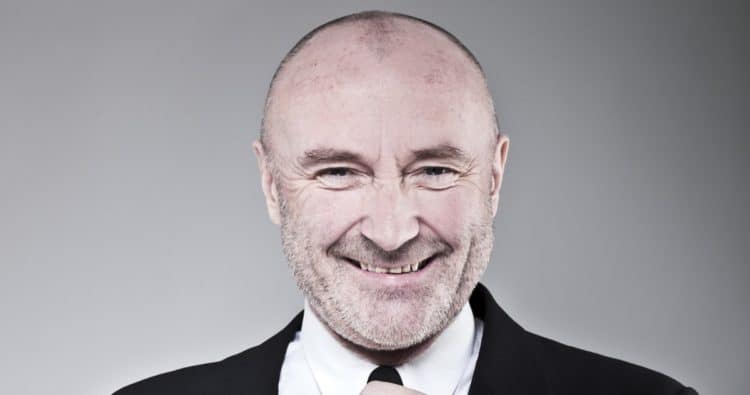 Phil Collins has been considered a genius when it comes to music ever since his days with Genesis and while the term ‘genius’ does get tossed around a bit there’s no doubt at all that it can be applied rightfully to him. He’s also shown up in a few different films and TV shows for brief moments now and again and has proven to be every bit as talented there as he is in the recording studio. To think that he’s been around for so long and hasn’t lost his touch is highly impressive since back in the day this guy was cranking out hits left and right. He’s been active in the industry since the late 60s and while he did take a four-year break as a kind of retirement he came back and has been hailed as one of the biggest acts in the world. It’s amusing to think that other artists often chided him about his lack of talent when in truth he’s been one of those that has laid the groundwork for a lot of people that came after him to follow. Somehow it’s become easy to bash those that were popular in the 80s while forgetting that as annoying as some of them seemed, they were still more original than a lot of those that came in the 90s and later.

Here’s a few good examples of how his music has been put to good use.

5. Color of Money – One More Night

Hustling pool isn’t exactly the best way to make a living unless you’re entirely shady and know when to collect and when to run. But for those that can do it and have the skill and the wisdom to know when to pick up and just go it’s a way to live on the edge and make a very fine living, provided the person you’re playing against doesn’t hold a grudge or decide that your luck was just too good. Vincent and Eddie form a pretty quick partnership that dissolves just as quickly since Vincent isn’t the type to play below his skill level at first, as he doesn’t seem to understand the art of the hustle. But he does learn eventually.

This song has been featured in a few different projects and it does carry a fine message that too many people don’t seem to get all that often. Love isn’t something you get to rush and cajole into being, it has to be earned, freely given, and respected and nurtured when it’s been bestowed upon somebody. We get to choose who we love and why, and anyone that doesn’t understand this lesson tends to find that love is just as evasive as it is elusive when it comes to actually getting it. And holding onto it is even harder if one doesn’t respect it and continue to build upon the bonds that are required to make it work.

It doesn’t matter which version you’ve seen of Tarzan, he’s almost always had it rough in the beginning since humans aren’t built in the same manner as apes and aren’t conditioned to live in the wilds nearly as easily. But as you can see in clip, humans are equipped to figure out the details and solve problems that other animals simply don’t worry about since they have the natural attributes required to survive on their own and take care of themselves. Tarzan has always been a fun legend but Disney took the story and ran with it to produce a slightly different character that was more fitting for the times.

There is something seriously wrong with Patrick Bateman and I’ve said it each and every time that I’ve had to report on this movie. He’s the kind of guy that’s an absolute narcissist, doesn’t respect anyone really, and seems to think that the world needs to pay attention to him at every given moment. If it doesn’t and he can’t get his way then he shuts down and can’t function until something’s done to alleviate the problem he’s having with the person or the situation he finds himself at odds with. Unfortunately that could mean that someone has to die or at the very least be threatened somehow.

1. The Hangover – In the Air Tonight

From the angle and the force of that one punch it looks like Tyson should have been able to break Alan’s jaw without much trouble, especially since a pro boxer, even retired, can hit so much harder than the average person can reasonably take. But given that it’s a comedy and the boundaries of human endurance and durability are often increased to slightly or even outlandishly ridiculous levels this does work as a bit of comedy since, hey, Alan kind of has it coming as you find out later.

Phil Collins is a master of music without question. And obviously we didn’t forget about Against all Odds.