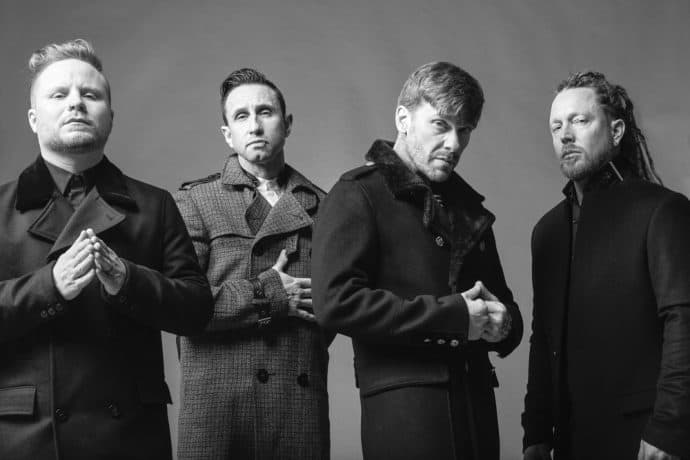 Shinedown is the kind of band you listen to if you want to be punched in the feels and at the same time want to bang your head to something harder. This band has been featured in some interesting spots when it comes to working outside the stage and studio and has managed to put together some tracks that go very well with games and events that call for a great deal of adrenaline and something that adds a lot more ‘oomph’ to what a person is watching or playing. Their beginning might not have happened if one of their members hadn’t been kicked to the curb and their sound changed just a bit, but since then they’ve been rocking it hard and appearing on stage quite often around the country. Seeing this band live would be a serious treat as they’re one of the better bands around today.

Here are a few of their songs as used in different ways.

It seems that unless you go to just enjoy the fights you kind of have to be a hockey fan to really get into a video game about it. The same thing could be said of any sports game really since to be able to really get your kicks in playing it the fact remains that it does help to know what’s going on, the rules, and the basic flow of the game. But after that comes the adrenaline that some people really enjoy, and kicking that into high gear are the bands that were selected for this game as they highlight certain points of the play and allow the players to enjoy the tunes while they’re playing.

People seem to think that freaking out about a premonition of death is the right thing to do in all of these movies, and that’s pretty natural unfortunately since no one wants to die and the idea of being targeted by an omniscient and omnipresent force is kind of creepy since death has supposedly always been random. But when Nick starts seeing things again and again he does his best to keep death from collecting its due, only to come up short in the end as the many warning signs and hints seem to have been calculated and well-guided attempts by death to steer him in the desired direction.

Released in 2008, this is the kind of racing game that people can get behind, or was, since it featured the city of Los Angeles as a person’s playplace and was decked out with over 40 cars and several motorcycles that could be used by the players. In terms of playing the game most folks wouldn’t have to be car enthusiasts, they would just have to want to win and go fast, which this game could provide. Adding on a killer soundtrack is just a bonus since with any game it seems more fun to have something to listen to while you’re breaking the speed laws and having fun while doing it.

This Wrestlemania featured a lot of in-ring talent as always, but the biggest draw was, without a doubt, the Undertaker vs. Triple H. These two men were part of an era that had already come and gone and yet were still wrestling, still dominating, and had yet to clash once again to decide just who was tougher. The two of them will be headed for another collision soon with Kane and Shawn Michaels at their respective sides, but during this show it was a one on one brawl that Undertaker just barely won and couldn’t even walk away from. Seriously, he had to have assistance to make it back up the ramp.

Simple Man was a song by Lynyrd Skynyrd back in the 70s and it was great then, but it’s been delivered by a few bands since then. Shinedown however has done it some true justice in this video since they’ve slowed it down just a bit and put a lot of feeling into it. In truth it really depends on a person’s preference as to who did a song better and who deserves more credit for having come up with a slightly different sound. But all in all Shinedown treated this song right and made it into something that people in this era can enjoy just as much as they did with Skynyrd. In fact if someone sings this song in karaoke and does it well you can honestly state that they too are doing justice to the track.

Shinedown is admittedly one of my favorite bands since when Diamond Eyes came out I couldn’t help but sit up and pay attention. Since then they’ve continued to be great and have continued to impress their loyal fans.