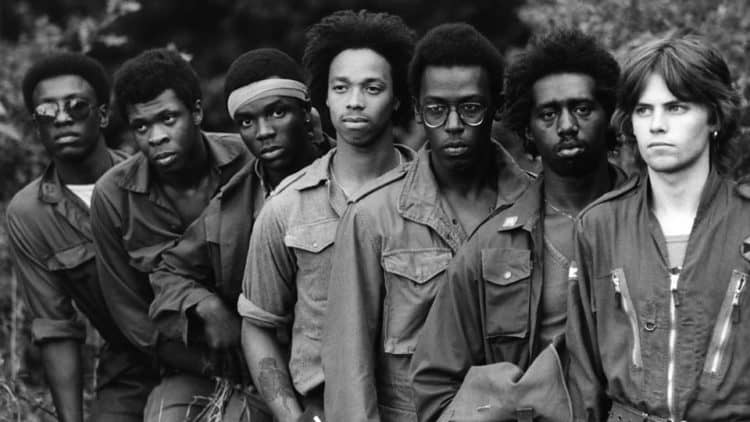 It’s kind of ironic that a band with the name of War would be meant to spread harmony among listeners but that was the whole basis behind their music. Their operated under an entirely different name to start with but once they adopted the current name of their band it kind of stuck and people might not even remember the original name at this point. A lot of their songs are just fun and pleasing to listen to since they tend to adopt a very friendly and easygoing nature that allows people to get into the whole feel of it and not feel challenged or in any way provoked by what the band was trying to say. To this day you can still hear a few of their more popular songs in movies and on TV since people do tend to listen to the oldies and get a charge out of them. They did have something very positive to say after all.

Here are a few of their best songs as they’ve been heard in TV and movies.

The Lethal Weapon movies are something that a lot of people were starting to get tired of by the fourth installment but at the very least this movie was something special since the first movie showed Roger starting to feel his age while Riggs was still the young buck that could bang with the best of them. As the second and third movies went along however it was shown that Riggs was finally starting to slow down just a bit, and by the fourth movie he was getting beaten pretty much all the time despite still being tough enough to dish it out. At this point it was time to finally admit to their age and welcome the chance to become the old-timers that had seen a thing or two. This is also used in Dazed and Confused.

A lot of movies that pit youth and vigor up against age and experience tend to show how the younger generations just don’t understand the older while the older generations tend to think that their younger counterparts are a bit naive and even kind of rash in their actions. It’s funny but you could say that it’s a cycle that keeps going and going since only a handful of people ever acknowledge that both generations bring something to the game that’s valuable to everyone. But it is kind of important to note how age and experience can temper the vigor of youth, and vice versa.

Probably the best part of this entire movie is the fiberweed van that Man and Pedro have to somehow get over the border. The whole debacle of trying to score some weed and then make their way back to where they originated from makes this movie one giant laugh riot that a lot of people still don’t get. Cheech and Chong were a brand of humor that in some cases was only ever understood by stoners, but upon looking at it now pretty much anyone could tell why people thought it was hilarious. As comedy duos go these two were among the best of their time and even when they went solo they were great.

Trying to imagine the emotional scars left over by this family largely because of the things they’ve done to each other would be a psychiatrist’s dream, or nightmare depending on the point of view. Shameless is the kind of show that you watch when you need to feel just a little better about how your own life is turning out since the Gallagher’s are just that far out of whack when it comes to life and how they interact with one another. They might be a pretty tight family in some ways but in others it’s hard to imagine being able to survive in such a household, much less get along with each other. Another great use of this song is in Boogie Nights.

Ever notice how when Homer goes off to do something fun he doesn’t think things through that well? When he becomes Cheech’s partner he thinks that everything is going to be fun and a load of laughs all the time. But what he doesn’t realize, what a lot of people don’t seem to realize, is that as much fun as comedy can be, and is, it’s a lot of work since the comedians have to be on point most times and be able to obtain and keep the attention of the audience in a positive way. No one wants to listen to a comedian that has no idea how to make them laugh, especially when they’re paying good money.

War was definitely good for an upbeat song in their day, and those songs are still insanely popular even now.