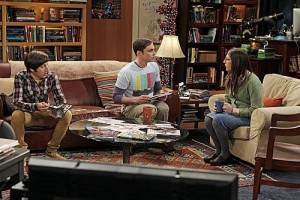 Much has changed from the first seasons of The Big Bang Theory up until now. These socially awkward guys have in many ways grown up including finding themselves girlfriends. That doesn’t sit right with Raj who remains the only member of the core group who’s part of the ‘˜forever alone’category, and so he decides to try to bring the core group together for a weekend of nostalgia, junk food, and nonstop gaming. What he gets is a weekend full of couples drama, low-cal snack food, and the reminder that he’s the only guy in the group that hasn’t ultimately matured that much.

Surprisingly, Sheldon is the one in the midst of the drama as he tries to get out of his commitment with Amy to hang with the boys. Except no one could be too shocked that Sheldon would choose a weekend of the Stars Wars online game over a 93rd birthday party for Amy’s grandmother. I always find it interesting how Sheldon paints himself to be a man of principle and yet he’ll break them constantly if need be. In this instance however, one would think that because Amy did everything per the Relationship Agreement by the book in order to arrange them going to her grandma’s birthday that Sheldon would ultimately relent. Instead he acts fairly childish to her throughout the episode up until the point where she angrily tells him to just go if he wants to. Sheldon Cooper is a fairly strange TV character in that some weeks it feels like he’s made significant progress, for him at least, while others are two giant steps back. This was a two steps back week.

There’s no denying that the group overall has changed and it was great to have an episode where Raj clearly showed that he was not okay with it. No one likes to be the third, or in this case, seventh, wheel in a group of friends and having him want a weekend of things just as they used to be was a good expression of his loneliness now that the other boys are all attached. Though, one could really argue the true nature of whatever it is that Penny and Leonard are doing being a relationship but I digress. Even Leonard was looking for a little bit of caring, even if it was contrived, from Penny about the fact that he was going to be unavailable for the entire weekend. So what does that tell you about where the beta test version of Leonard/Penny is heading? 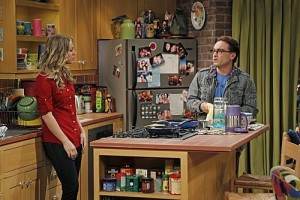 Mostly it was difficult not to feel awful for Amy as she was denied the chance to try to show Sheldon off to her family. Having an episode where Sheldon acts like a brat yet again was a disappointment when there could have been more humor in Sheldon actually charming the Farrah-Fowlers instead. That would have truly been a great opportunity for fresh comedy from this show. There were honestly times in particular scenes and jokes with just the boys that I had to actually remind myself that I was watching the new episode not one of the TBS repeats.

So, what can be taken away from this episode is that change is good. Raj may not like it, but that’s the story of what usually tends to happen with groups of friends even ones like this particular group. You could say it’s even harder to be on the outside when your group of friends is a delightfully nerdy group and even they manage to hook up with others–something that someone like Raj may never have thought would really happen. It disrupts the group dynamics of old, but as this episode proved, The Big Bang Theory is moving on from the show it was. Everyone’s growing up, or at least trying to, and that means that they can’t just have things exactly the way they were before. Hopefully Raj will be able to adapt to this new dynamic as lately he’s been doomed to the worst regions of sitcom sidekick-dom–barely even appearing in some episodes at all.