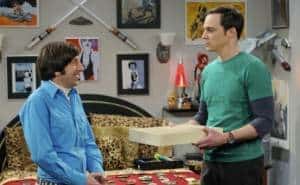 Over the years Sheldon Cooper has made no secret of what he thinks about Howard’s chosen field of engineering. He’s almost relentlessly mocked his friend’s course of study as well as the fact that Howard is the only member of their group without a doctorate. Last night’s episode provided Howard with a chance for a little payback against Sheldon when he received the honor of working on something for Stephen Hawking–one of Sheldon’s absolute idols. At the end of it all though it’s worth wondering if the whole exercise in trying to make Sheldon a little less condescending was even worth it.

It’s just as Bernadette says to Howard at one point during the course of the Labors of Sheldon, in his worldview he’s not being unnecessarily mean to Howard about anything. Any reason that Howard may feel as such is just evidence that maybe he should work to fix the things that Sheldon makes him feel down about–not having that doctorate for instance. The whole scenario was a display of Howard lashing out about some of his own insecurities which, while Sheldon can be counted as being condescending to others sometimes as Penny noted later on in the episode, are ultimately no instance of Sheldon being cruel for the sake of it. It’s all his attempt to improve upon the world around him and that means sharing knowledge that he has and that he feels other people need despite the fact that socially it rarely goes over very well. 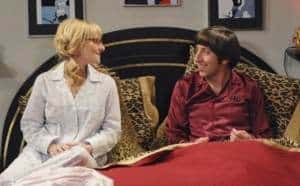 The majority of the acts we witnessed Sheldon forced to endure in order to meet a childhood hero were typical sitcom blackmail tropes. Handling Howard’s unmentionables while doing his laundry, helping Howard’s mother literally fold and squeeze herself into a dress, and speaking of dresses Sheldon even winds up in one in front of the entire campus lunchroom. It’s fairly hard to defend this series as being just as smart as any other comedy on the air when they stoop to having their lead prancing around in a French maid outfit. At least they were smart enough to make mention that Howard’s fiancee Bernadette had already refused to wear it for him.

Following a half-hearted to some, but really as good as it gets for him, apology from Sheldon it’s revealed that not only had Howard already given a copy of Sheldon’s latest paper to Dr. Hawking but that he wanted to meet Sheldon in person. Try as Howard may have throughout the half hour to make Sheldon feel humble for even a moment he couldn’t come close to the response that came from Hawking pointing out one error in his research. It led to a good payoff but the set-up itself of the episode was fairly tired and mostly not that funny unless sight/gross-out gags are your favorite forms of comedy. I’m not saying I don’t enjoy either, but when they’re just so obvious it’s not too much to demand a little more wit from this show. This episode was also an example of why this show seems to benefit more from splitting the group up and having two concurrent storylines going on at once–that way one always has the possibility of working better than the other. As it stands, this isn’t one of the better episodes of this season of The Big Bang Theory, but having Hawking appear was a definite highlight. I look forward to hearing a future joke about Sheldon adding his restraining order from Stephen Hawking to his collection, just as Leonard thought might happen.