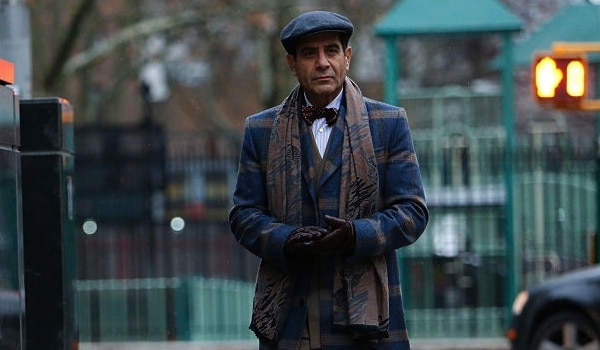 The BlacklistÂ constantly defies my expectations. Whether its the strength of an entire arc, or just a little story being richer and stronger than I thought possible, this show keeps finding new ways to entertain and intrigue me. I was actually a little disappointed by the way the episode started out, but by the end I was riveted as I always am.

This week onÂ The Blacklist:Â Tom takes a job working with his ex-lover, Gina Zanetakos, to get money for his impending fatherhood. Red puts the team onto a blacklister who appears sparingly to broker deals, with often violent results. The task force works to apprehend Alistair Pitt, while Samar is sidetracked by news of her ex’s engagement, and Liz attempts to arrange an open adoption for her baby.

Alright, I admit it. This episode started out and I was underwhelmed. It felt a lot like a “middle of season 2” episode ofÂ The Blacklist.Â Which is fine, don’t get me wrong. I loved this show then and I love it still. But with the fantastic television they have been producing so far this season, it largely felt like a step down. But listen up and don’t tell my wife because I’m about to admit something that I never do: “I was wrong”. Okay. Pick your jaws up off the floor. The episode still started out slow, but I was wrong in thinking that it lost a step.

It started out remarkably similar to the old status quo. Reddington finds blacklister. Reddington intervenes with said blacklister as a means to a personal end. Task force stops blacklister after x amount of collateral damage. But this episode was much more for several reasons. One, it included an interesting subplot involving Tom (more on that later). Two, it did substantial character work on several of the major players, including Reddington. Though this love interest of his was one he’d never mentioned, he avenged her mightily. Reddington’s character is so fascinating because there are so many layers to him. I’m constantly fascinated and amazed by every single thing the character does (and frankly, it’s kind of funny to see him pop someone repeatedly while they’re in the middle of a thought).

I thought the character work with Liz and Samar and the “girl chats” (as I referred to them in my head) was pretty interesting, but the real kicker was Tom Keen’s new mission. The promos for this episode really played up Tom’s reunion with Gina like it was some big thing, but even though she kissed him (ON THE MOUTH!), Ryan Eggold told most of the story with his face. Tom loves Liz, but was maybe confused and romanticized his old life a little bit. Other than performing the operation, though, he stayed relatively silent, but told a remarkable story with his facial expressions and actions.

Overall, this episode started off slow but gave some fantastic payoffs. I should stop doubting whether or not they can make things exciting, because they almost always deliver.