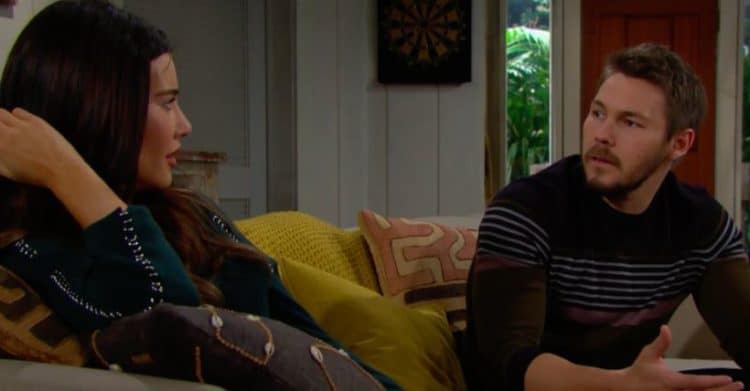 And then there is the moment that we all sat back and watch as Zoe and Xander spent a very intimate moment together, but they were interrupted by Emma’s friend, Tiffany. And then Reese interrupted them a second time. It might not be what it’s meant to be, and this should be a wakeup call for Emma and the feelings she has for him. She’s not getting him in her life, and he’s not into her. He might be into her a bit, but it’s not enough. He’s not that into her that he will go out of his own way to make sure he’s going to live and breathe the world as it stands. We think that there is a lot happening here, and we think that this is something that might work.

Happy birthday to the legendary Bob Barker! It was an honor to have you as a guest star on #BoldandBeautiful. â¤ï¸ Give him some birthday love! pic.twitter.com/yarIbHYs7K

Who doesn’t love a famous face when he appears on the show? This one is just one of the most famous and most fantastic, and we love it all.

The sure bet, the ace in the hole and the wild card 💥 Don’t miss a minute of #BoldandBeautiful this week! pic.twitter.com/ogaVPmjQ6R

Brooke and Hope have to have someone to argue with all the time. This time, they are arguing with one another, even though that is not their normal. They aren’t usually a problem with one another. They usually take their anger out on other people, and not out on themselves. However, this is one of those times when things will happen for a reason. But they are not happy, because someone wants to tell Donna and Katie about Taylor, and the other doesn’t think it’s a good idea. We want to know who is who, too, but we aren’t sure. It’s actually funny to us that we have no idea which one of them wants to share this news with the other, and we cannot wait to see this all unfold. This might be one of those things that just doesn’t work.

However, we also think that this might be one of those things that works well and good for everyone. Perhaps there is a way we can all get this situation to work out for the best if we let it unfold. Steffy and Taylor might be worried, but they are mostly in the middle of wondering what might happen to Phoebe and that situation. They have a lot to deal with, and we aren’t sure that they can fully focus on what is going on in their lives. They are just working on getting through what’s going on right now, but we hope that they can get past this faster than they seem to have been thrown into it.