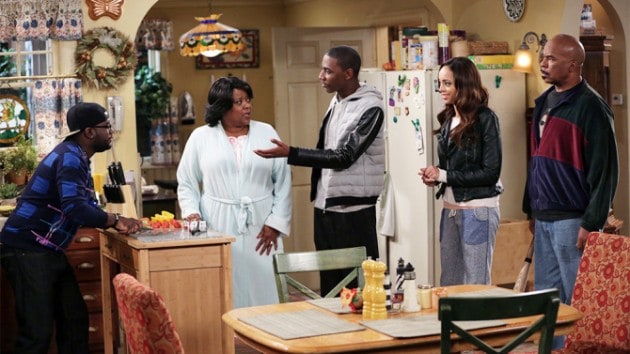 The Carmichael ShowÂ is a comedy that works forwards and backwards, trying to fit a series of progressive views about race and society into the package of a traditional sitcom in an attempt to amalgam-ize Carmichael’s very specific brand of comedy with something more akin to the second coming ofÂ The Jeffersons, with its broad archetypal characters and overzealous studio audience. One of the weirder mixes of humor and thought-provoking conversation in recent memory,Â The Carmichael ShowÂ is almost weird enough to work… almost.

What I can appreciate aboutÂ The Carmichael ShowÂ is how it neither adjusts nor forgives the traditional setup for a multi-camera “family friendly” comedy. Characters are tasked with engaging audiences with interesting ideas utilizing the stereotypical nature of the format, rather than railing against it to take a stance. Jerrod’s parents are the prime example of this: his mother is a raging Catholic and his father is a regressive, borderline racist conservative, something thatÂ CarmichaelÂ doesn’t shy away from. In the pilot, Jerrod is trying to distract his parents from learning him and his girlfriend Maxine have moved in together. To do so, he neatly aligns his parents values against each other, in the process helping them realize how ridiculous their thought processes are.

Their conversation turns to voting habits, where Jerrod’s father admits he voted for Bush, which is just something “we don’t do,” especially when considering he’s deciding how to vote based on who gets him the biggest stimulus check. Then Carmichael exacerbates the issue, pointing out that Obama has affected children’s ability to pray in schools, and for a moment, “Pilot” broaches an idea much stronger than jokes about him singing Taylor Swift in his apartment, or the myriad of “marriage sucks!” jokes we get from Jerrod’s brother Bobby, currently divorcing the woman he appears in every single scene with. It begins to explore the various dichotomies between generations, and how that’s affected our conversations about politics, race, religion, and anything else not related toÂ The Walking Dead‘s season finale or which Kardashian breathed the loudest.

Being a first episode, “Pilot” slowly backs away from this conflict to be a little more heartwarming, and then “Protest” kicks in, and the true potential of The Carmichael ShowÂ is seen. On Jerrod’s birthday, an unarmed teenager gets shot in his town, sending Cynthia and Maxine into a protesting fever. Meanwhile, Jerrod is just mad everyone forgets about his birthday because somebody got killed. The dark irony in that premise alone is enough for most shows to carry 22 minutes with, but Protest” takes it a step farther when it discusses the changes in what it means to “protest” (food trucks? Beats music players and DJ’s?) andÂ whether protesting is something that actually catalyzes change anymore (as Carmichael notes, George Zimmerman is free to go to Dave and Buster’s or run alongside Donald Trump for president, if he so chooses).

At this point,Â The Carmichael ShowÂ is reaching for conversations no sitcom even tries to brush up against, which it continues when Jerrod’s father begins to profile him in the living room, pointing out that nobody is completely innocent when it comes to stereotyping. And maybe that’s part of the larger problem as a whole, where we’re all willing to put others in such a pre-defined box that we lose any sense of their individuality, in turn losing respect for them as fellow human beings.

That perpetuation is really the focal point of “Protest” – and it’s there, not in the episode’s tacky comedy. Nekeisha comes in with a brand-new TV she loots during the riots, and Cynthia falls into every “loud, large religious black mother” stereotype one could imagine. But in a way, it’sÂ exactlyÂ whatÂ The Carmichael ShowÂ is trying to engage its audience with: painting these characters as cartoonish, archetypal people prevents a lot of what they have to say from taking hold. When it does, it really stands out, because it clearly delineates from the normal ryhthms and behaviors of a sitcom centered on a black family (including phrases like “riblidges”), and speaks to something deeper.

“Protest” is mostly able to navigate these difficult seas with a strong hand. However, its format and concept are almost too dissonant to explore, something that comes across as half-hearted satire when it doesn’t work, and extremely poignant societal observation when it does. The problem is that a lot of this really isn’t all thatÂ funny. No matter howÂ The Carmichael ShowÂ tries to present its views, arguments, and observations, the genuine of lack of humor – or at least, humor that is played for straight humor, rather than winking at cultural fall backs inherent in the genre – is probably the show’s damning stroke (that being said, it’s light years funnier than its desperate predecessor,Â Mr. Robinson), dooming it to its summer burn off status, and denying its audience and creative minds the opportunity to see where this premise and style could take them. It’s a shame, because there’s something to the first two episodes of The Carmichael ShowÂ – just don’t hold your breath hoping NBC lets them figure out those moments of great potential. 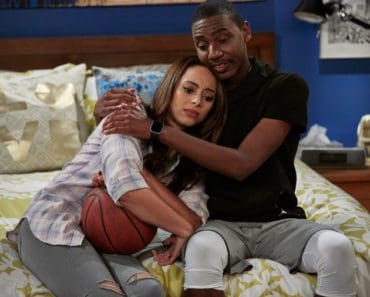 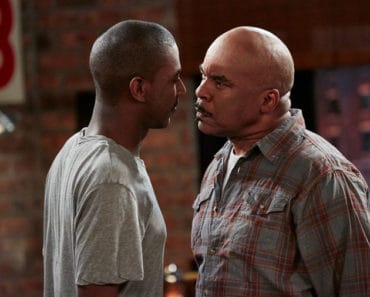