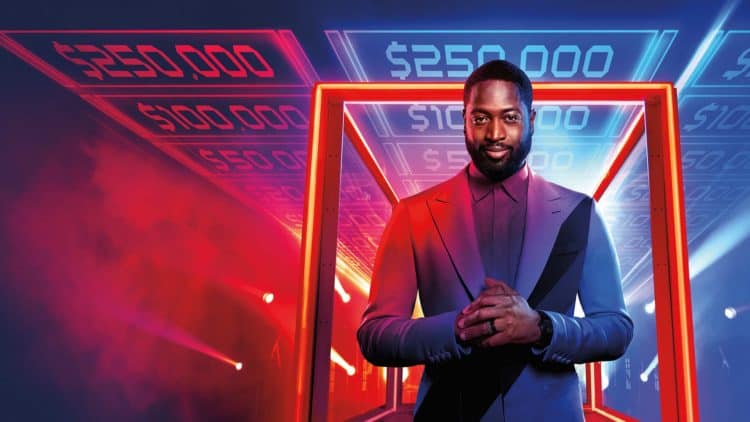 Game show fans everywhere were excited when news broke that TBS would be airing a new game show in 2021. Hosted by basketball legend Dwyane Wade, The Cube is the kind of show that appeals to all kinds of people. Full of excitement, fun, and competition, the show will put contestants’ skills to the test as they pair up to endure a series of challenges. Unlike many other shows, The Cube puts people to the test both mentally and physically. If you’re looking for something new to add to your weekly TV schedule, The Cube is definitely a show worth checking out. Keep reading to learn 10 things you didn’t know about The Cube.

1. The Show Started In England

The Cube may be new to American viewers, but the show has actually been around for over a decade. The series debuted in England in 2009 and aired until 2015 before being revived in 2020. The Cube also airs in several other parts of the world including Russia, Spain, China, and Saudi Arabia.

2. There Is A Huge Prize

At the core of every good game show is a great prize. The better the prize, the more willing people are to do whatever it takes to win. That being said, contestants on The Cube are definitely going to want to give it their all. The lucky winner will go home with a $250,000 prize.

One of the most interesting things about The Cube is that, on the surface, some of the tasks will seem relatively simple. However, the added element of having people compete inside a small transparent cube will make things more difficult than some participants think.

If you’re a basketball fan the name Dwyane Wade is one you’re probably very familiar with. He had a very successful professional basketball career which included three championships. The Cube marks the first time he’s hosted a game show, but he’s been handling himself like he has years of experience. By the looks of things, D. Wade could have a very bright future in the entertainment industry

5. The Show Has Won Awards

In the entertainment industry, every person and project is judged by the number of major awards they’ve won. Although The Cube is too new to have won any awards in the United States, it’s earned quite a few honors in the UK. The show has won three BAFTAs, one of which was for Best Entertainment Programme. If the show lives up to its potential, it’ll take home some awards in the United States as well.

6. The Host Can Help The Contestants

On most game shows, the host’s job is simply to provide some colorful commentary that keeps contestants motivated and viewers entertained. However, on The Cube, the host will also be able to assist the contestants in their challenges. During the game, each team will get “One Shot” to have Wade compete for them.

7. The Game Has Merchandise

If you’re a fan of The Cube, you’ll be happy to know that watching the show on TV isn’t the only way you can enjoy and support it. There has been lots of merchandise released over the years including video games for consoles and mobile devices and an electronic board game. It’s unclear if these items are available in the United States.

Playing along with The Cube at home isn’t the only way you can put your skills to the test. Each week, there will be a series of interactive challenges available on the TBS website for viewers to enjoy. Those who play will be entered into sweepstakes for a chance to win a $500 gift card.

9. A Renewal Announcement Has Yet To Be Made

The Cube is already building a strong following in America and many viewers are hoping it’ll bee around for years to come. At the moment, there’s no word on whether the show will be renewed for a second season in the United States. That said, The Cube has had tremendous success in other parts of the world, so there’s a good chance that American viewers will fall in love with it as well.

The Cube does a great job of keeping contestants on their toes because just watching the show doesn’t always give you an accurate idea of what to expect. The challenges will change slightly throughout the season which will keep the competition fresh and fun for contestants and viewers.