Home
TV News
The Curse of Oak Island is Back: What More Can Season 8 Possibly Bring Us? 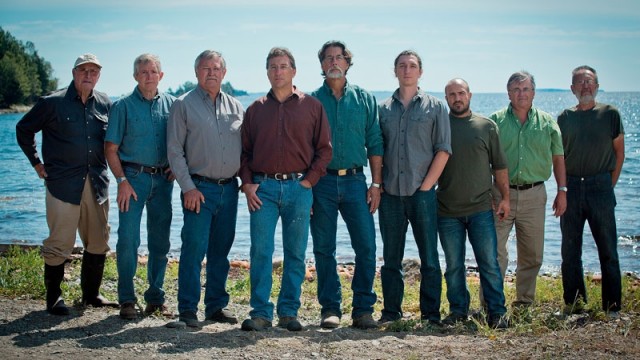 What Is So Special About Oak Island?

If you’re not familiar with the show, you’ve probably never heard of Oak Island either. Oak Island is a relatively small island located off the coast of Nova Scotia. If you were to spot the island on a map, you probably wouldn’t think much of it. What most people don’t realize, however, is that Oak Island has a long history in the treasure hunting community. In fact, the island has been written numerous times and people have been searching for treasure there for more than two centuries.

There are several mysteries that have come to be associated with the island over the years. One of the most prominent is that the Knights Templar hid buried treasure somewhere on the island. Another is that Marie Antoinette’s jewels have been hidden somewhere on the island. Over the years, some minor artifacts have been found, but any major treasure has yet to be unearthed. This has led many people to believe that all of the stories and mysteries about the island are nothing more than old stories.

What Is The Actual Curse Of Oak Island

Some people may think the title of the show was just an attempt to be catchy, but that isn’t true at all. According to legend, there really is a curse on Oak Island and it says that seven people must die on the island before treasure can be found on the island. According to Traveler Master, six people have died so far. Even though it seems extreme, there are plenty of people out there who are willing to risk it all for a chance at becoming the lucky person to unlock the mysteries of the island. With that being said, however, hopefully there aren’t any more deaths associated with this quest.

In 2006, The Curse of Oak Island stars, Marty and Rick Lagina purchased part of the Oak Island Tour company which also bought them some land on the island and the rights to any treasure found on it. Some of the things the brothers have uncovered so far include a Roman sword and a Spanish coin.

Season 8 is already underway and it might just turn out to be the most exciting season yet.The Lagina brothers and the rest of the cast aren’t anywhere near giving up. Throughout the season, the Lagina brothers will continue on their quest, but they will have to make some changes to their previous strategy. They will be using some techniques and equipment to help them search for the island’s hidden treasure. Apparently, the Lagina brothers believe that the money pit may be buried deeper than the originally thought due to flooding that has taken place on the island.

According to TV Insider, “The swamp becomes the focus of a major excavation to uncover a newly found structure and more importantly, to get to the bottom of why this bog was artificially modified or created as much as 800 years ago. And Rick, Marty, Craig and the team will prepare for the operation that they have been working their way toward since they took over the Oak Island treasure hunt more than a decade ago: the ‘Big Dig’ in the Money Pit.

Will There Be A 9th Season Of The Curse Of Oak Island?

Even though season 8 is just getting started, fans are already wondering (and hoping) that the show will be brought back for another season. Unfortunately, there haven’t been any official announcements about the show being renewed, but that doesn’t mean that the news won’t come.  With that being said, however, it’s only a matter of time before viewers start to get frustrated at the fact that no significant treasure has been found.