Home
TV News
The Dead Files is in Season 12 Already: What We’ve Learned So Far 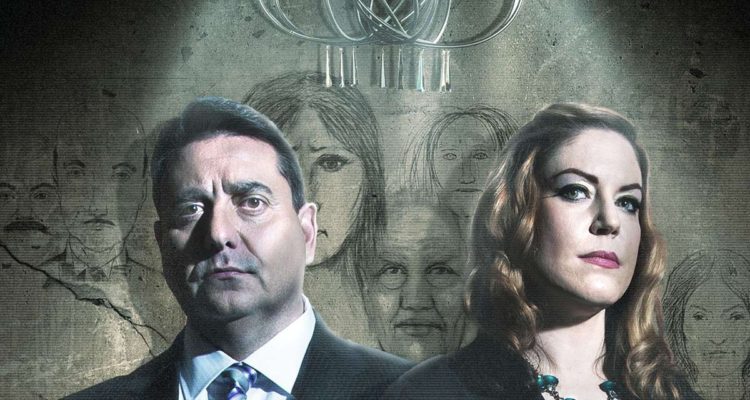 “The Dead Files” is a television series that airs on the Travel Channel, featuring the hosts of the show, Amy Allan, who is a psychic medium, and Steve DiSschiavi, her partner who helps her in the investigative work that the two perform to help their clients solve mysteries surrounding the paranormal, haunted properties in residences, and businesses. The show has returned for its 12th season and here is what we know about it so far.

The 12th season is on the air for another round

“The Dead Files” is a popular Travel Channel series that has received such high ratings from its viewership that it has been brought back for another season. It’s been going strong for 12 seasons now and it doesn’t show any signs of ending at any time in the near future. What we know about the new season so far is that Amy Allan will continue to perform walk through investigations in the haunted properties that the pair are investigating. She goes through the rooms to receive psychic impressions and to communicate with the spirits that are occupying the building or property. After completing her investigation, she relays information to a sketch artist who captures the images of the spirits that she comes into contact with.

Neither Amy nor Steve have any contact with one another until they meet to discuss their findings with the clients. Steve DiSchiavi performs a thorough investigation of the history of the property, including all previous owners and any deaths, murders or other notable activities that have taken place there. He is a retired NYPD detective in addition to being a private investigator on his own. He knows how to access archived records and to learn about the history of a certain place. He also shares the information that he has uncovered at the time that he and Amy get together with their clients to discuss their findings. As of October 12th, 2019, the show concluded its 11th season with a total of 193 episodes so far.

The show retains the same format

We’ve learned that nothing about the series is going to change from previous years. Allan and DiSchiavi have chemistry and a formula that has worked for the past 12 seasons so there is no reason to change the way that they conduct their interviews. At the time that Steve and Amy meet with the clients is when Amy first hears about their encounters with the paranormal. She does this so her perspective will not be colored by any previous information that she may hear from the clients and it is amazing how similar her experiences are to theirs, only they have never talked before the disclosures are made. During each closing session, Amy gives the clients her expert opinion on what is going on on the property and whether they should stay or get out.

The appeal of the show

“Dead Files” is one of the most popular paranormal shows on television currently and it is becoming one of the longest-running. Since it is the network’s highest-performing show it’s no surprise that it was renewed for another season. It is expected that there is going to be a new release in the middle of the summer in 2020 for yet another season. Many viewers feel that Amy Allan is similar to the late and highly respected paranormal investigator Lorraine Warren.

What we know about season 12 so far

Episode 1 of the 12th season premiered on December 3, 2019. The title is “Driven to Kill” and Steve and Amy investigate a haunted residence in Toledo, Ohio. The family is tormented by paranormal activities that are related to a string of murders that happened near the property and Amy comes face to face with a malevolent spirit who is out to bring harm to the family living in the home. The second episode titled “Town of the Dead” aired December 10, 2019. A single mother living in Upper Darby, Pennsylvania requested their assistance making the claim that there are spirits attacking her three kids. With every day that passes, the woman claims that the activity grows worse and the attacks more dangerous.

She is afraid for their well-being and feels that their lives are at stake. She is anxious to get help before something happens to one of the children. The third episode of the 12th season is scheduled to air on December 17, 2019. It is titled “The Gateway.” On this installment, DiSchiavi and Allan will travel to Wakefield, Massachusetts. They will investigate the claims of paranormal activity that are made by a young mother who is afraid that there is a gateway to the afterlife in the home of her grandmother. She asserts that each day the paranormal activity grows worse and she is afraid that somebody is going to be harmed if something isn’t done soon.

If you haven’t tuned in yet for the 12th season of “The Dead Files,” it’s not too late to get caught up. You can find the episodes on a streaming service to get caught up on what you’ve missed. In the meantime, Amy and Steve are moving forward with their 12th season of paranormal investigations and advising families on what they find after their investigations have concluded. They’re both in the business to help those who are struggling with forces that often cannot be seen, and are horrifying when they are. Allan and DiSchiavi are both highly skilled professionals in the art of investigation. Each of them brings their unique talent to the job as they travel across the country to bring help and advice as well as education that lets their clients know what they can and cannot do about their situations. There are rumors that “Dead Files” will be renewed for yet another season when the current one that is in full-swing concludes.