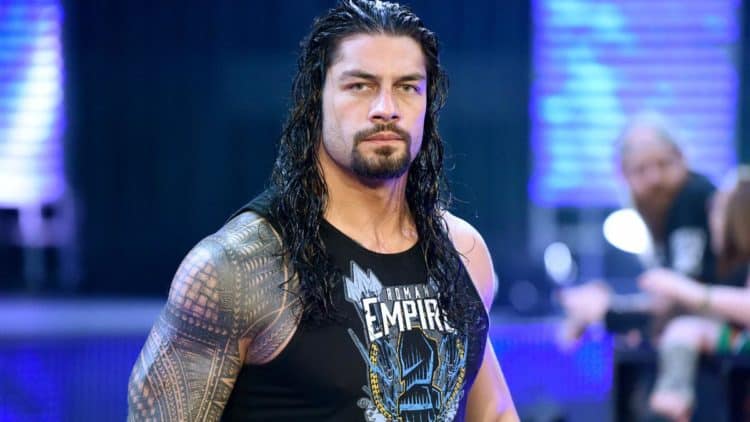 Roman Reigns is one of the current longest-serving WWE stars to have graced the ring. He began his wrestling career way back in 2010 but made a breakthrough to the WWE stage in 2012 alongside Seth Rollins and Dean Ambrose teaming up as, “The Shield.” The team went on to win a WWE Tag Team Championship. However, The Big Dog as the superstar calls himself broke it off with The Shield and took on a solo career, and the rest is history. He has won championships and engaged the ring’s most formidable forces in worthy matches establishing his name amongst the WWE top stars. Roman Reigns picked up the mantle after John Cena left and is now the WWE’s poster boy. Since then has been a noble face of the Word most famous wrestling brand. He recently signed a new deal with WWE and here are all the details of Roman Reigns’s huge deal with WWE.

After the departure of John Cena, WWE desperately wanted Roman to be its top star as reported on Forbes. So it is no surprise that they are tying him down with a new contract. According to Monster & Critics, “The Big Dog” has signed a new bumper deal with WWE, the results of his sweat in the ring. Probably due to the establishment of a new rival brand, All Elite Wrestling, the WWE is moving fast to tie down their contestants with new contracts to wade off interests from their rival. Furthermore, having signed a new contract with Fox, the brand has to secure the allegiance of these stars.

Monster & Critics claim that Roman Reigns is bound to be tied down in the WWE as per his new contract. This means that he will remain with the brand up to the end of his career. Recently, the superstar came out openly to break the hearts of his adoring fans with the news of his diagnosis with leukemia. He claimed to have beaten it eleven years, but the disease came back to haunt him.

According to WhatCulture.com, “The Big Dog” had even to surrender his Universal Championship several months ago and sit out a while for his recuperation. He, however, has recently returned with a bang for one last round of action. With his cancer in remission, the star has penned a new contract. Upon his return to the ring, he said he expects to stick around for a maximum of about five years as a full-time WWE performer. This is dictated by his health; hence, the contract is expected to hold him down for those five years.

No financial details yet

The financial specifications of the contract are yet to be exposed to the public, but a rough figure can be estimated. In the recent contracts, the average mid-card stars have been securing contracts worth around a whopping $500,000. Such an amount is still peanuts for “The Big Dog” who is currently the biggest name on the roasters of the WWE. Even before securing the new contract, the superstar is said to have been earning an annual salary of about $5 million. This amount can only have shot up in the current contract of the WWE’s poster boy.

The contract will also see him continue featuring on WWE’s WWE2K20 video game cover alongside superstar Becky Lynch hence being the game’s primary ambassadors. Roman Reigns is the undisputed king of single entities at the WWE rings. Some of the notable achievements that have seen The Big Dog’s upward surge to his current level capable of signing such a bumper contract may include the victories and good shows as revealed by WWE.

The first maiden victory that placed him on the map to greatness was The 2015 Royal Rumble Match win against Rusev in Philadelphia. He came up against six other contenders to secure a match with Brock Lesnar, among them the formidable Rusev. This match was the benchmark of his successful career. In December, the same year, “The Big Dog” returned to the Philadelphia ring to beat Sheamus to the WWE World Heavy Title. It was a massive improvement by the wrestler who continued working his way to the pinnacle of the WWE. “The Big Dog” also beat Triple H to win the WrestleMania 32 World Title. The match went down in history as the biggest in WrestleMania. The grudge between the two stars had fueled it after Triple H had won the previous contest in the Royal Rumble between them. “The Big Dog” had however been forced to defend that title.

Roman Reigns also defeated the seemingly undefeatable star John Cena in The 2017 WWE No Mercy Match. Cena had joined WWE Raw with the sole intent of getting served “The Big Dog” on his plate. He did this by getting personal with Reigns over the mic but “The Big Dog” saved it for the ring. He went on to defeat John Cena sending him in what many thought was a soft semi-retirement. By winning this match, Roman Reigns secured his status as an ultimate reckoning force in the WWE rings. Consequently, after John Cena’s retirement, he assumed his role as the championship’s poster boy and one of WWE’s top earners.

“The Big Dog’s” most career-defining and self-satisfactory victory came in WrestleMania 33 when he dished out to The Undertaker, his second-ever loss in The Showcase of the Immortals. The event sent the message to the WWE fraternity and fans that, Roman Reigns was the new hit song in town. “The Big Dog” was not very popular with the show’s fans as up to that moment. The crowd hurled insults at him after his win, but he ignored them. That day he stamped his authority as the king of the ring.

What’s next for Roman Reigns

Despite being the top gun in the world of wrestling, “The Big Dog” is expanding his horizons in the world of entertainment. He is following in the footsteps of his cousin and retired WWE superstar Dwayne “The Rock” Johnson into the world of Hollywood as a movie star. The star is bound to make his maiden appearance alongside “The Rock” in the most anticipated new fast and furious by-product movie Hobbs and Shaw; the first baby steps in the movie industry for “The Big Dog.”