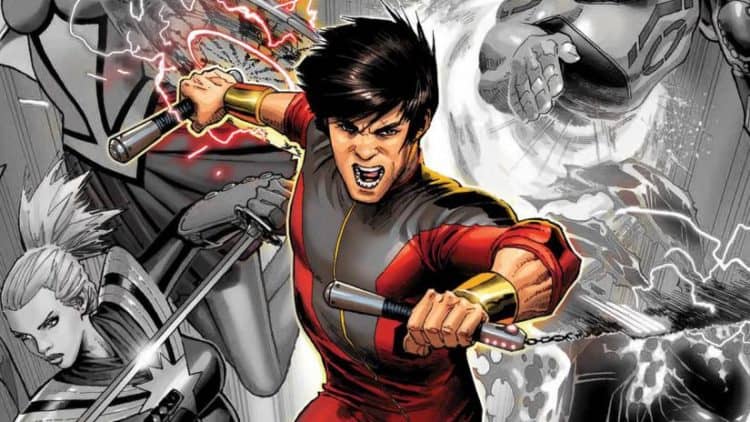 Bring up Marvel and heroes like The Eternals and Shang-Chi won’t come up right away. That’s because they pale in comparison to the popularity of other Marvel heroes like Iron Man and Spider-Man. Heroes like them are among Marvel’s chief characters and they have been since the early days of Marvel Comics. The massive success of the Marvel Cinematic Universe has had a huge hand in strengthening the popularity of those characters. Even Spider-Man had a plethora of appearances in movies and television shows, making him one of Marvel’s top heroes even before the MCU. Iron Man himself was a relatively unknown hero for non-comic fans, but the debut of his movie back in 2008 catapulted him into Marvel’s top hero seat. That’s the power the MCU has and what it did for comics: characters became popular for people who don’t read comic books. That is quite the achievement.

Speaking of the MCU, there are two new films on their slate for the near future. One is releasing later this year, and it focuses on a Marvel superhero team that may cause some heads to be scratched. Why is that? Well, because they are known as The Eternals. The Eternals? Who are they? They are a race of near-immortal humanoids who were genetically engineered by The Celestials. They are very strong and immensely powerful, maybe even more so than The Avengers. I say they are near-immortal because they are capable of being killed, but they live a long time. In fact, some of them lived on Earth for thousands of years, even during the early days of humanity. Among these powerful beings are Ikaris, Sersi, Kingo, and Makkari.

So why aren’ The Eternals on the same popularity level as The Avengers? For starters, they haven’t been around as long, debuting in July of 1976. Their comics have expanded over the years, but they had little to no interactions with The Avengers. More team-ups with them and other major teams would boost their popularity, but they’re a unique team on their own. As heroes, they are noble, but prefer to stick close to the shadows. Unlike The Avengers, their existence is a complete secret, and they try to keep it that way. Their greatest enemies are The Deviants, another genetically enhanced race that lacks the morals of The Eternals. Their enmity escalated for centuries, going all the way to the modern age.

This will be the backbone of the plot in The Eternals movie. Two secret humanoid alien races going at it on the planet Earth after the events of Avengers: Endgame. As fun as it sounds, the movie still suffers from one crucial detail: The Eternals really aren’t too popular. Compare them to The Avengers or even The X-Men or Fantastic Four, it’s no contest. Even before the MCU, The Fox-produced X-Men and Fantastic Four movies made money because people knew who they were. This was supported by the excessive amount of treatment they got from the comics themselves and numerous television shows. Those teams had that advantage and The Eternals lack it by a long shot. Will this hurt the movie’s chances of making some serious bucks? Not a snowball’s chance.

To put it completely blunt, it’s a movie set within the MCU. The MCU has been killing it for over a decade now and they show no signs of stopping. Remember what I said about Iron Man and his movie? Before his MCU film, the character was nowhere near as popular as Marvel heroes like Spider-Man and Wolverine. Those characters had those movies and that made them household names for people who weren’t even comic fanatics. Iron Man was a strange choice for a franchise-starter, but through positive word of mouth, the movie became a monumental success. The subsequent films starring other characters like Thor and Captain America led to the most successful long-running franchises of all time. The ambition from Marvel was astronomical, but they pulled it off.

This situation with The Eternals is no different. The only real difference is that Iron Man was their first movie while The Eternals will be their twenty-fifth. Among the movies in between them were Guardians of The Galaxy and Ant-Man. The Guardians of the Galaxy were in the same boat The Eternals are in now. They weren’t on the same level as The Avengers or The X-Men, but their movie received great reviews and made lots and lots of money. This is because the movie was actually good, of course, but also because of the universe it’s in. The meticulous and calculated character-building of the MCU attracted people to it like moths to a candle. Truck loads of people were already on board before The Avengers released and it was smooth sailing from there.

That momentum drew people in so much that a relatively unknown superhero team became a household name. And let’s not forget Ant-Man. Honestly, who else thought his movie would do so well? Before the movie came out, it sparked nothing but skepticism, but once it did release, that all turned to joy. The movie was good, but once again, that MCU momentum pretty much guaranteed a solid home run. Those characters lacked the significant popularity other heroes had and the MCU brought them into an unavoidable spotlight.

This is exactly why The Eternals’ lack of popularity won’t hurt their film. The driving force of the MCU is still kicking it and will continue to keep going forward. With a stellar cast and everyone still freshly pumped after Endgame, The Eternals will become a household name.

Oh, and yes, I didn’t forget about Shang-Chi. He is another character who lacks the noteworthy popularity in Marvel Comics. He is also not the first Marvel martial artist to have an on-screen adaptation, but that’s irrelevant. His movie involved The Ten Rings, a terrorist group that has been lurking in the MCU since the beginning. Plus, he’s the first Asian superhero to hit the big-screen. That certainly counts for something, as it will speak to the minority crowd. With that MCU momentum train going forward, there’s no stopping the hype.

There’s a lot to look forward to in the next couple of years comic fans. The MCU train is on the move.