Home
The Fades
The Fades 1.2 Review: Paul’s Nature is Revealed 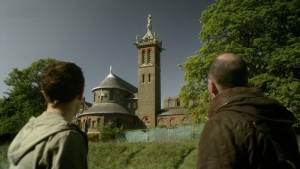 This little British show, The Fades, manages to do something that a massive American hit has not; make zombies absolutely terrifying. The Walking Dead has a lot of zombies, and a lot of people who can see them, but they don’t elicit from me a great fear. For the most part, you see them and run or, if you have a gun, you aim between the eyes and shoot.

The dead in The Fades have slowly turned into flesh eating zombies. In doing so they are transforming into creatures that can touch and change. No longer passively living beside humans, but aggressive. It’s already been established the dead are everywhere and that only a select few can see them. That’s the terrifying part.

As two nasty, uniform-wearing tween boys were killed and eaten, the realization hit that they had no idea what happened to them. They never saw the enemy coming. Paul and Neil saw them being eaten, but to anyone not an “angelic” it would have appeared as if the boys were being consumed by air. While that wasn’t portrayed, it’s a damned cool concept.

As all of this is taking place, Paul is trying to figure out how to say goodbye to his life to join Neil in the underground. A vision of Paul’s mum, sister and Jay dead in his house was the catalyst to leave it all behind, but in traditional comic book fashion he decides he can be both Clark Kent and Superman.

It’s not an unlikely comparison. While Paul hasn’t taken to flying just yet, he does have the power to heal. When surrounded by the dead, his hands turned to golden embers and shots of light were thrown from them, killing two nearby birds. The poor birds take the brunt of nearly everything in this story, but it was a bird that showed us Paul’s ability to heal. Whether it was just a fluke was addressed when Mac’s father tossed him across the room, causing a nasty cut on his arm. Paul’s care for the wound healed it completely, leaving them both at a loss for words.

Mac remains the light of The Fades in his ability to turn the most mundane topic into laughter. That he does this while his life at home is falling apart saddens me, as does his plea for Paul never to leave him. Between that plea and Paul’s new understanding of Jay, his determination to live two lives in one world was born.

The Fades is far better than I expected it to be, and full of heart. Every character seems to be hiding secrets that, as the slowly come to light, break your preconception of them. I look forward to what they do with Paul’s sister, Anna. There isn’t much to like as she is now, but maybe her redemptive moment is coming soon. 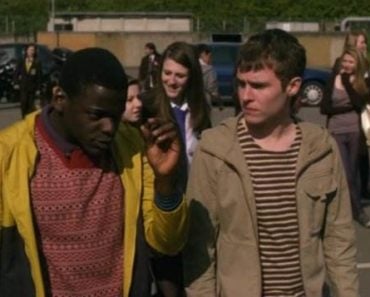 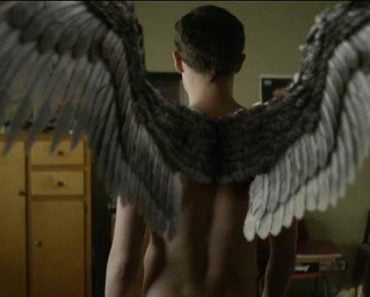