Home
The Finder
The Finder Will Move to Friday Nights 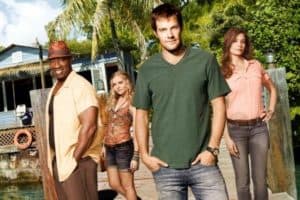 Fox has announced that The Finder will be moving to Friday nights as of April. Is this a bad sign for the show? Not necessarily. Fox has kept Fringe airing on Friday nights for a few seasons, but it’s never a good sign when a moved is moved to a slower night.

The Finder was originally created as a spin-off to the successful Fox series Bones. Bones is currently in its seventh season and will likely get renewed, but The Finder isn’t exactly a ratings success. The last new episode of the show only garnered 6.22 million viewers. Not terrible ratings, but not great either.

The Finder is expected to air its final new Thursday night episode on March 8. In that episode “Walter (Geoff Stults) searches for a teenage girl who goes missing during an intense storm. Meanwhile, Isabel (Mercedes MasÃ¶hn) uncovers clues that link the girl’s disappearance to foul play and Willa’s (Maddie Hasson) probation officer puts her differences with Willa aside to join in the search.”

Then the show will go on hiatus and return on Friday nights at 8:00 p.m. EST as of April 6. According to Fox “the episode features Curtis ’50 Cent’Jackson as music mogul Big Glade, who enlists Walter’s help in finding the source of illegally released songs. Big Glade’s business savvy lawyer (guest star Salli Richardson-Whitfield) is also Leo’s (Michael Clarke Duncan) former love interest, and the two rekindle their romance.”