Home
Movies
The Five Best Action Movies of 2021 So Far 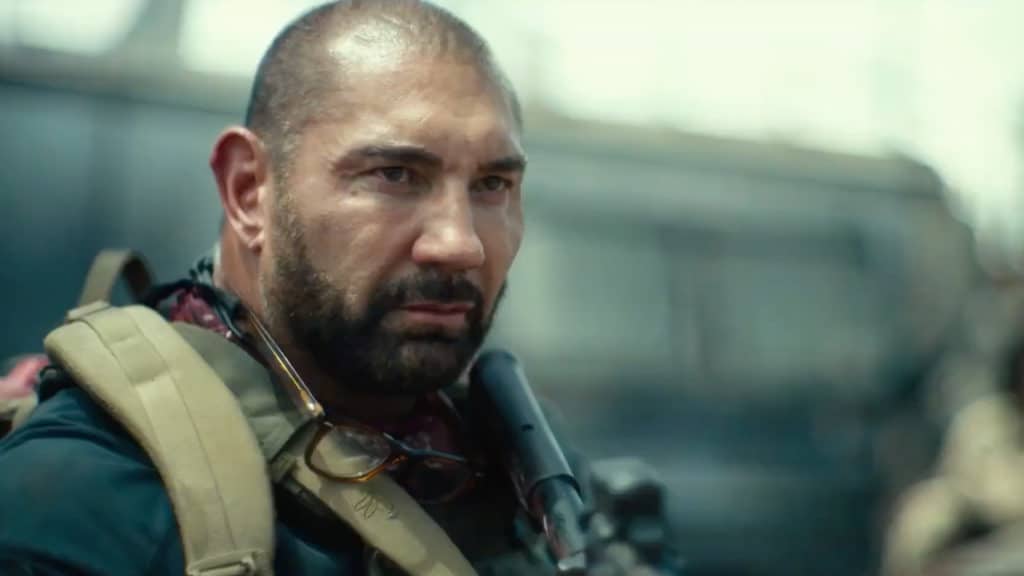 Now that we’re into June it feels safe to look back for a bit and reflect on the action movies that have come out this year and do a little pondering over which among them are the ‘best’. It’s still early to tell how much this list might change, but so far, there are a few action movies that have been able to entertain the masses either because they’re simply packed with action or because they’ve been relevant to the past several years AND have plenty of action. The efficiency of an action movie works differently on various people since some folks happen to think that the Die Hard franchise is still every bit as good as it was when it started, while others might think that the fun stopped at the second movie. But for sheer action, plenty of movies have been released this year thanks to streaming, and many of them are worthy in some way of being called one of the best. But, keeping in mind that this is based on opinion, there are movies that stand above the others for various reasons since they might have felt a little more effective in telling a story, delivering over-the-top action, or simply blowing one’s hair back so to speak. Whatever the case is, the movies selected below were impressive for a number of qualities, not the least of which is that they had plenty of action and a decent to a great story.

Here are some of the best action movies of 2021 so far.

Perhaps I should have put in that there will be spoilers, but to be honest, some of these movies don’t require a lot of explanation to figure out what they’re about. Frank Grillo has been coming up in a big way over the past few years and Boss Level is one of those movies that’s pretty much action-driven with a decent plot that gets mentioned now and then. The main thrust of the movie is that this guy can’t stay dead since he’s stuck in a time loop and remembers everything each time he wakes up. Just imagine remembering what it’s like to get shot, stabbed, blown up, and have your manhood savaged repeatedly. And then think about having to go through this every day until a solution can be found.

People might not want to hear this, but the hype being given to this movie is a little over the top. Sure, it’s a fun movie to watch and the action is pretty cool, but there are so many inconsistencies with the story that if not for the action it probably wouldn’t have made this list. Dave Bautista has come a long way when thinking of where he started and how he didn’t appear to have an acting bone in his body. Like several other wrestlers though, he’s made a name for himself on the big and small screens over the years and it’s been fun to watch. Does anyone remember that he was a guest star on Smallville at one point?

3. Raya and the Last Dragon

You might be wondering why an animated movie made this list since even the greatest animated action movie doesn’t always hold up to the most mundane live-action movie with a decent cast. But Raya and the Last Dragon had more than action going for it, the story had a lot of heart and a great message about nations coming together to defend against something that threatened them all, rather than trying to stand against the threat on their own. The strength of nations standing together against a common enemy is something that many people tend to miss in the pursuit of self-interest in this world, and despite not always having a common enemy, the different nations of our world have more in common than they think.

There was no way to leave this movie off the list since it would have likely sparked a debate on why anyone would even think to not mention this movie when it comes to action. It’s true that a lot of the movie was more about the humans wondering how in the world they could stop Godzilla from rampaging across the globe, and how they could get Kong to the hollow earth without a confrontation. Well, the humans failed on both counts obviously, but the final showdown was still impressive since while Kong did go down to Godzilla, he still proved to be invaluable as an ally at the end.

If a person was looking for social relevance then this is the movie. It might actually upset some folks to think that this movie would get any type of glorification, but it’s likely one of the best representations of the dilemma that has been hitting the country for a while now. While some might want to call this unreasonable and unrealistic, the fact is that if we did teach our kids not to live in fear but to know when to run, when to hide, and when to fight, instead of just how to cower and hope for the best, it’s likely that school shootings might become less capable of instilling fear in so many.

Action movies can be for sheer entertainment, but they can also make a pretty good point.