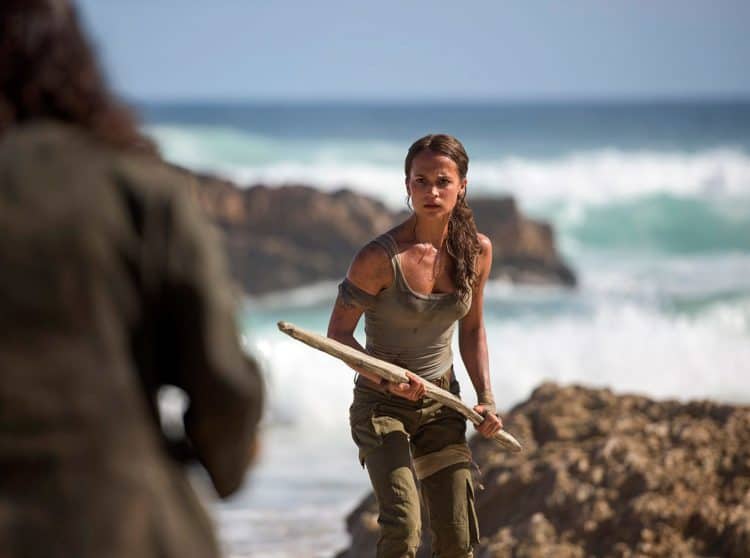 It would seem that you can attribute Alicia Vikander’s strength and poise to a great deal of ballet dancing that was sidelined when she suffered a few injuries in her teens. Still, that kind of training ever really seems to go away once your body becomes used to the rigors and is called upon to do anything similar ever again. It’s the same thing with athletes that have been out of their sport for years, they might never be as good but their body still recognizes the stimuli and acts accordingly. But her love for acting might have taken over anyway had she not been injured, as even a promise of law school wasn’t enough to keep her from the stage and the promising career that came after as she made her way into the world show business where she began to excel on a regular basis as she quickly found her footing.

Here are some of her best movies to date.

The pressure of being the best at what you do is felt in many a profession, but when it comes to food and what comes out of the kitchen at top restaurants the competition can sometimes be quite harsh as critics are not paid to be nice, but to be as picky as possible and deduct points or marks from anything and everything they deem wrong with a dish, from the presentation to the taste and the experience itself. When Adam first ruins the chances of his restaurant for succeeding his comeback is a rocky thing as he has to deal with the sins of his past and the hard feelings he left behind, but after facing them he finds it much easier to get back up and do what he does best.

When the CIA and the KGB are forced to work together, or at least two of their agents are forced into this position, it’s a civil but not friendly matter that’s fraught with tension and based upon the fact that they share a common enemy, not really that they respect or care for one another. But throughout the film it’s seen that as much as they would love to sabotage and deride one another they are able to work together and eventually come to an agreement that the mission they’re on and the device they’re set to retrieve is too much power for any one nation. So thinking they form another faction and celebrate their newfound respect for each other.

The inclusion of AI into human life never seems to end well in the movies since the arrogance of humanity seems to make people think that they can create something and destroy it if things don’t go their way. That’s a truth that many don’t want to admit of course, but another is that the AI that are created are often too smart for the good of their creator and tend to start evolving and finding ways to buck past the yoke that’s been laid upon them. What would an AI think if they were being held by a being that was imperfect and not at all capable of standing up to them if they really let loose?

You would almost think that people would stop underestimating Jason Bourne by now but everyone seems to think that they’re smarter, quicker on the uptake, and more capable since they have the resources at hand and the ability to use them while Bourne is essentially on his own and has only his wits and his intelligence at his disposal. Unfortunately for those that think they have the control that’s all that Bourne needs since he’s one of the most perfect weapons ever created. He can slip away without much effort and then be right where you didn’t expect him in the next. That’s a dangerous person you want on your side, not as your enemy.

People were foaming at the mouth when it was announced that another Tomb Raider movie was coming, but some were still slightly skeptical since Angelina Jolie had come out with a bang and yet kind of ended with a whimper when she was finally done. The whole idea of this film however is that the lead character isn’t just beautiful and in great shape, but is someone that’s exceptional when it comes to the skill set she possesses and the abilities she has honed to such a razors edge. This movie seems to have a lot of action and a lot of danger inherent in it but the skeptics didn’t want to be quiet since they also didn’t want to be disappointed.

She’s proven that she’s a capable actress, so a movie here and there that doesn’t cut it isn’t a big deal.