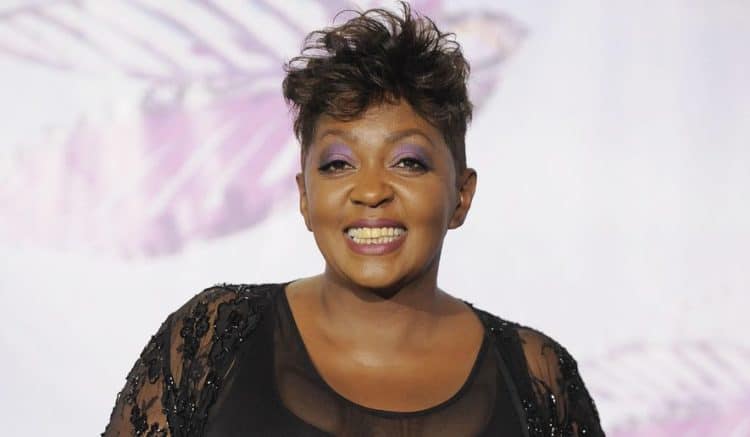 Anita Baker didn’t have the easiest time since she was abandoned by her birth mother and then raised until the age of 12 by foster parents. When they passed away she was raised by her foster sister until she was ready to go out on her own. Yet for all that it seems like she kept a very positive outlook on life and managed to make something great with her career as she started singing in her teens and continually moved upward and onward. This really goes to show that the circumstances a person starts with don’t necessarily mean that they’re going to be stuck for the rest of their lives in some hard-luck situation that they can’t get out of. Anita had a long way to go just like anyone else but looking back on her career at this point it’s fair to say that she took a lot of it in stride and didn’t look back unless it was to see where she’d been instead of regretting what had happened in her life.

Here are some of the best songs from career, which is still going by all accounts.

Something about softer music really seems to calm the nerves and steady the mind. Anita has been great at using her voice to lull her listening audience into a relaxed state of being for years now. Some folks absolutely love it while others tend to want something that moves a little quicker, but one thing that’s easy to agree on is that she’s managed to master her own style. Her voice is just soothing enough that you can sit back and really get into it while closing your eyes and allowing all essential functions to shut down as you attempt to just allow the music to wash over you and take away whatever tensions have built up over the day.

Back in the 80s and 90s when R&B was one of the greatest things around she was one of the best. In fact she still is, though the genre has changed just a bit since her time, as things are bound to do. In this era she’s a breath of fresh air, a bit of nostalgia that still exists to remind us of just how great things could be back then. The music she’s responsible for became a pleasing sound that in its own day was great, but as of now is something that a lot of people are glad to hear since it brings back days of simplicity that we tend to forget about as we get older and life gets little more complicated.

3. Caught Up in the Rapture

Back in her heyday Anita was heard on just about every radio station that would play R&B and judging by her career you can easily state that she was one of the favorite artists that people sought out on occasion. She’s still got a tremendous fan base today and it’s likely built in great part by those people that have enjoyed her voice throughout the years and haven’t turned their backs on her. A lot of artists make their way up in the business and then either fade out or simply quit and get forgotten. While Anita did step away from the industry for a few years she’s never been forgotten by her fans and did in fact make a return as of 2018.

2. Giving You the Best That I Got

One thing about softer music is that it does cater to a completely different crowd obviously. There are a lot of folks that love all kinds of music and don’t mind slowing it down from time to time, but then there are those that just aren’t into the whole fast-moving and jiving scene and appreciate someone like Anita. She’s catered to a lot of fans over the course of her career but it would seem that slow-moving music is one of the biggest contributions she’s given, and people absolutely love it. Her voice is beautiful and her delivery is so great that you can’t help but be entranced by it throughout the entire song.

There’s always been a lot of competition when it comes to gaining fans base on how a track sounds, but Anita seems to have been able to sway a lot of people throughout the years without much effort since she’s produced enough songs that have been considered to be some of the best in the genre. It’s easy to argue this point but she’s still managed to be the kind of artist that has catered to her fans in such a way that she’s been seen as one of the top performers of her era.

If nothing else, she’s always nice to listen to at the end of a long, hard day.