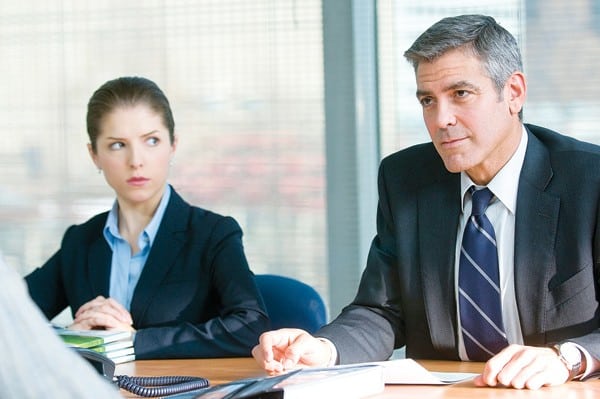 Anna Kendrick is someone that you kind of need to be fan of to enjoy. She’s not a bad actress by any means but she does kind of slip through the cracks in Hollywood occasionally as seeing where she’s going to pop up next usually requires a decent search on the internet, whereas a lot of other celebrities tend to be hyped in a much bigger way. It could be that she picks projects that are popular but not always hyped up as much or it could be that might want to stay as low-key as possible when she’s not on camera. Whatever the case she’s talented but doesn’t always show it as much and yet somehow she’s one of those that can work with the top caliber actors and then seemingly disappear for a short while before coming back to star with yet another big celebrity. In some cases she almost seems out of place, but if you really watch her it does seem like she’s where she belongs.

Here are a few of her more successful movies.

Yes she wasn’t the main character in this movie but she was just prominent enough to stand out and be counted. After her few moments of greatness in the film though it became all about Bella and the Cullens and then eventually about Bella, Jacob, and Edward and the ongoing love triangle that never seemed to let up. Her role in this film was kind of just to be there and be noticed when it was deemed necessary it seems. For all that though it’s still a mark on her record that she was in one of the most popular films of the time and could easily bank on the fan base to remember her for it.

The quest for Mr. Right is always a tough one for some ladies that just want a man to be honest, but what happens when a man tells you that he’s a professional assassin? Even more confusing is the fact that the assassin has a set of morals that are essentially unbreakable, though he has no qualms about killing those that are attempting to have him kill others. It works out in some ethical sense it would seem but to Martha the danger soon becomes less important than the fact that she’s falling for the hitman and will gladly follow him wherever he goes. Since he feels about the same they pair up at the end of the movie and are constantly watching each other’s back.

Sometimes bad news needs to be delivered in person and the new way of doing things, in this case video-conferencing, is just a bad idea waiting to be unveiled. When Ryan, who travels from place to place to basically give motivational speeches and tell people they’re fired, meets up with Natalie, a young and ambitious woman that thinks she can find a more efficient way to tell people the same news, he presses the idea that the new method is simply too impersonal and has no feeling to it. Sometimes the old ways aren’t necessarily better, but they certainly have a more human feel to them.

This takes those weird little trolls that people love so much and gives them a purpose and an entire society to be honest as they and the Bergens are constantly at odds since the Bergens always feel the need to eat the trolls in order to feel better about themselves. That might seem awfully grim for a kids movie but in all honesty the film does manage to end on a high note and even entertained a lot of people, though some of them might have been thinking they were having flashbacks with the riot of color and motion going on throughout the movie. Seriously, there’s a lot going on.

If you’re into listening to classic songs being sung by those that have great voices and decent choreography, being kind here, then this movie is probably one you’ll enjoy. To the ear the music is quite nice since it does feature a lot of great pitch and tone that is pleasing to listen to. The whole point of the movie however is that Kendrick doesn’t want to be there in the first place and yet she can’t stay away from the music so she stops fighting it after a while and just gets into it. You could probably classify this one as a chick flick but it is kind of interesting to watch and if you’re not turned off by hearing various songs sung as mashups then it could be something you’d enjoy.

She does have a lot of talent, it’s simply that she kind of gets pushed aside at times when other stars are around.