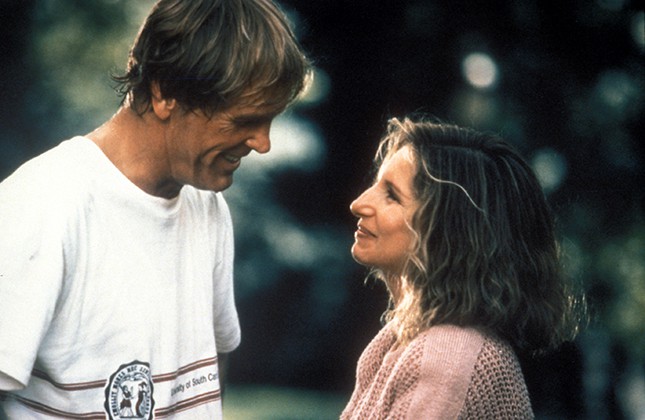 It says a lot about Barbra Streisand when you learn that as a child she had a big problem with discipline as she would always shout answers out of turn and act a bit unruly at times. This must have translated into her characters later on since a lot of them seem to have at least some issue with following the rules at all times and waiting their turn to speak. Streisand has really been one of the more iconic singers and actors of her time and throughout the years she’s kind of faded from view just a bit only to emerge once again in strong and sometimes insanely funny roles. One thing about her is clear: she doesn’t take herself too seriously at all times when she’s on screen and tends to have a lot of fun with what she’s doing. Throughout most of her movies she’s been a joy to watch.

Here are some of the best films from her career.

Some folks are seriously embarrassed by their parents for one reason or another but the trick is that you can be embarrassed, just don’t be ashamed. Greg is so worried about impressing Jack that he all but tells his parents that they have to impress the man just to get through the weekend, stifling their otherwise colorful nature in order to make Jack think that they’re ‘normal’. The truth is that Jack is anything but normal and is so stuffed and uptight that getting him down to Focker Isle is just the beginning of loosening him up and making him realize just what it means to be part of a family.  The real movie that belongs here is Funny Girl.

Judy is, for lack of a better explanation, a walking disaster. Or rather, she’s the epicenter of the disaster, causing tumult wherever she goes in one way or another. In this instance she leads the way towards a debacle involving four identical suitcases, each containing something that’s valuable to the owner but virtually useless to anyone else, except for one of them. As she and Howard, whom she is eyeing with great interest throughout the film, make their way through the story they finally end up with all four bags as they’re being chased throughout San Francisco. In the end however everyone gets their bag back and Howard and Judy realize their feelings for one another.

It’s difficult to live in a culture that doesn’t practice as much freedom for one person as it does for the next, especially when it comes to religion. Yentl is being taught the Talmud by her father up until he passes away, which is supposedly a big no-no, but once he’s gone she cuts off all her hair and dresses like a man in order to portray herself as one. When she discovers that she can’t have the person that she’s falling in love with however she makes her way to the US in search of a better opportunity that might allow her to flourish. It’s a rather powerful film that has been one of the highlights of her career.

There are those that have traumas buried so deep that they eventually forget them, but the effects are never really forgotten since they seep through like poison as they begin to affect a person in various ways until they simply can’t help but crack under the pressure or find another way to deny them. When he was a young man three escaped convicts assaulted and raped Tom and his mother and sister. His brother and mother killed the convicts and buried them under the house, and from that point on they forgot all about them. His sister couldn’t forget however, and has been troubled ever since. The attempt to help her psychiatrist reach her on a deeper level however eventually brings Tom and the psychiatrist into a romantic affair with one another.

Katie and Hubbell like each other for various reasons that don’t seem to coincide with the fact that they just don’t get along on a more ideological level. They are simply too different in their methods and beliefs to every really get along, but they keep trying. After the birth of their child however, when she realizes that he’s not going to change and that he’ll always take the easy way out, Katie finally ends it, coming to grips with the idea that they are better off apart. Eventually they meet again, though the distance between them is great enough now that there is no more real feeling and the only thing that remains to be said are pleasantries and a polite goodbye.

Streisand has been and still is a legend in the film and music industry to this day, and is one of the more influential people in Hollywood.