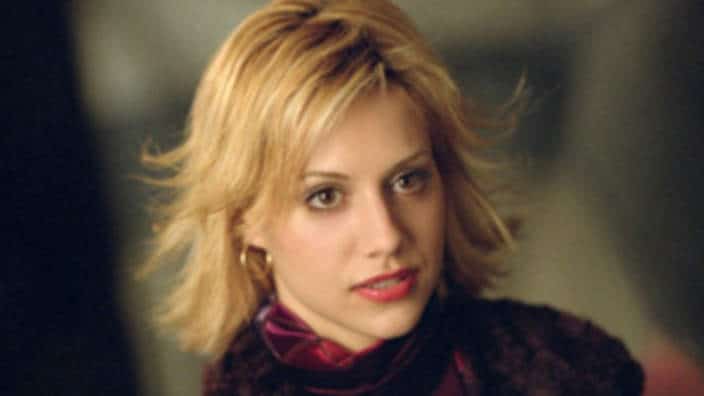 Brittany Murphy was one of the tragic cases of when a star passes on too quickly and without any real explanation other than a mishap that resulted in an unfortunate fatality. In short, she was apparently in a weakened state with an infection of some type and was taking legal medications to combat the condition, but it would appear that her body simply couldn’t handle the strain. She was found unresponsive and passed away after being taken to the hospital. Her death shook a great many people since she seemed so healthy and vibrant most times, an actress that took to the screen in a way that exuded confidence and a quiet, almost subtle hint of power that came out in a big way in her acting. When she first hit the scene she seemed like an innocent young woman that was exceptionally skilled, but before her passing she’d proven that she was a force to be reckoned with when standing in front of the camera.

Here are five of her best films.

Daisy is kind of a tragic character in this story since she comes off as cold and aloof at first but proves to be a follower that is enamored of Lisa, the resident psychopath in the ward. Unfortunately for Daisy, Lisa isn’t really the type that cares about others, or at least won’t admit it since she’s too preoccupied making the lives of those around her miserable when she’s not trying to mask this by having fun. Daisy however is the type of person that’s not wise to mess with in such a manner since after Lisa decides to torment her about the abuse she suffered at her father’s hands and how she enjoyed it, Daisy is found dead the next morning in her room, having hung herself after slitting her wrists.

Coming from two different worlds is different, especially when one world is that of a working-class slob and the other is a finely-cultured and very wealthy socialite. Yet despite this Tom and Sarah decided to get married and spend their honeymoon in Europe, where things only go downhill as they fail to consummate their marriage after so many attempts and end up causing untold amounts of damage. When they come to realize that they’re not as compatible as they thought they return home, but after Sarah moves out Tom realizes that he can’t do without her and decides to try and ram the gate leading into her parents’ home, only to find out that it’s much tougher than he thought. They do end up at the finish however.

What happens when a rich, snotty girl takes on the task of initiating a clueless nobody into her clique? Oh yeah, she ends up being pushed to the side since the person she creates swiftly picks up the notion of how to surpass her and usurp the popularity she once had. It’s always great to do something nice for someone, but when you have the same attitude flipped towards you that you used to flip on others it tends to open you up to the wider world and makes you realize that the way you’ve been acting is kind of horrid and not at all acceptable by human standards. Cher did learn a lesson after all in this film.

It wasn’t bad enough that Jimmy is working a job he hates and has to live with his mother, who was currently with a guy that was close to his own age, but the woman he gets with in the movie up and cheats on him like it’s no big deal. While he did take out his frustrations on Wink, the guy and supposed friend that was with her at the time, Jimmy paid for it in a big way since Papa Doc and his cronies decided to pay him a visit and put the boots to him. The best part of the movie however came when Jimmy got up on stage and shredded not one, not two, but three competitors, including Papa Doc, with his rhymes.

Elisabeth was a very troubled young woman but she wasn’t stupid and she wasn’t so mentally disturbed as she made out to be. In order to save her own life she learned how to mimic the mental disorders of those around her when she was committed to one hospital after another, pretending to be so damaged that she was utterly useless to anyone. But one psychiatrist found out that she held a secret that a group of thieves were after, and by the end of the movie he saves not only his daughter, whom the thieves kidnapped, but Elisabeth as well, who was finally able to find peace once the thieves were dead and gone.

To this day she’s still missed.