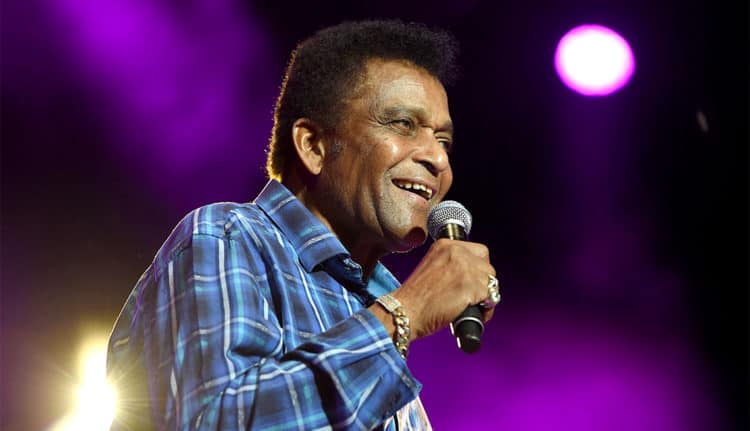 At the risk of sounding bad you don’t tend to see a lot of men like Charley Pride singing country, but upon listening to his voice you can understand quite easily how he fits in just fine since he can carry a tune with the best of them. That being said music was never really his intention when he was younger, as he wanted to be a baseball player for quite a while. After serving in the US Army however and playing on the American Negro League for a while it was kind of apparent that Charley was kind of stuck. But while he was never picked up by a major league team his voice was discovered while playing ball and he was given a bonus to sing before the games to drum up attendance. That’s not a bad way to get going really since his baseball career, however much joy it brought him, wasn’t doing much after he lost a step following an injury.

Here are some of his best songs.

Honestly his voice and his look don’t seem to match up. That might sound absolutely wrong to some folks but it’s very true. It could just be the stereotype of expecting a black man to sound a certain way, but the voice he was gifted with is just impressive. One has to wonder just how his voice got noticed while playing baseball, but it’s no wonder at all how his coach or manager thought that it would possibly drum up the attendance. If he did even half this good before the games then it’s possible he became one of the star attractions of any game he was playing in. Plus, he got another $10 for this, which back then wasn’t a fortune but was still good money.

4. I’m So Afraid of Losing You Again

The music of this era definitely has it’s own feel and sound and this could be why so many people think that country music is all the same. But keep in mind this is old school back when old school was still considered to be the coolest thing around. Guys like Charley Pride were there before a lot of the new and self-styled men and women were even born yet, creating a buzz about country music that a lot of people had to yet to catch on to. But you can easily hear how his music would have been the kind of stereotypical country music that would have given rise to the belief that it’s all love songs and tragic tales.

Charley was definitely into the love songs and the sappy kind of music that a lot of us these days might either like or want to stay away from. Something about his music is kind of therapeutic though, as though it could be playing in the background when you simply need to relax and not be stimulated in any way. It’s interesting to think how many of us likely had parents that would listen to this kind of music back in the day, and how many of them might still listen to it today since, quite honestly, it’s more than nostalgia, it’s the comfort of being able to connect with a time that they can relate to easier.

2. Is Anybody Goin’ to San Antone?

This kind of shows just how inspirational this guy was, that other artists would welcome him easily onto the stage and even go so far as to say that he is someone special that they look up to. Okay, that’s not what was said but the feeling was definitely there. It’s still kind of odd to see a black man singing country to be honest since let’s face it, this isn’t something you see all that often throughout history and definitely not as much now. But you can’t deny that he’s got a presence on the stage and a voice that is reminiscent of the country music that a lot of us might have grown up listening to from time to time, either by choice or not.

You know a person has done a lot of great things in his life when they’ve attained the kind of reputation that Charley has. At this point in his life he’s been inducted in the Country Music Hall of Fame, as of 2000, and is a special investor and minority owner of the Texas Rangers in the MLB. Obviously his love of baseball has never waned, and neither has his ability to bust out one great song. You can easily see that this man has earned the greatness that he’s been afforded and the kind of life that one can be proud of and flaunt whenever he gets the chance.

Baseball and country music, it’s a combination you can’t beat.