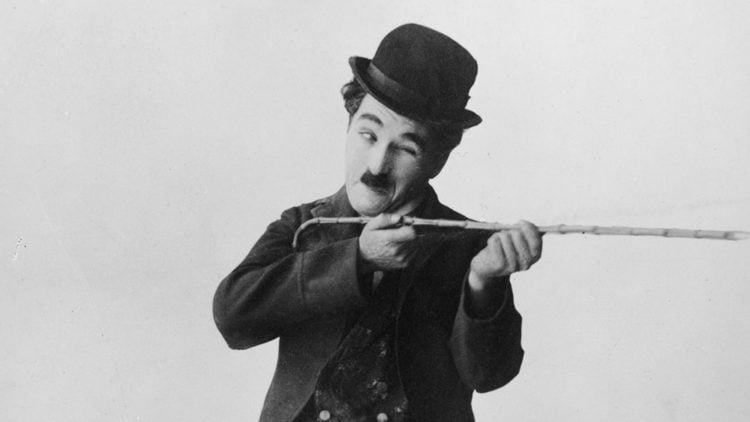 Charlie Chaplin is someone you could write entire books about and never feel as though it was enough since the man has done so much for the performing arts that his name is legend no matter where you go. In fact to say that the majority of those that know anything about movies or TV could at least tell you about Chaplin feels pretty accurate. He started out when he was 9 and his mother had been committed to a mental hospital, and from there it was an uncertain road to fame that would one day make him immortal in a way that few actors ever really achieve but many would love to aspire to. In so many ways Chaplin was the kind of performer that could do more with a look than many could do with an entire monologue at their disposal. When he passed, many agreed with the sentiment that they’d been lucky enough to live in his time, as none have come along that could possibly match his genius in the same manner.

The Tramp is perhaps Chaplin’s greatest contribution to the film industry since he’s one of the most universal and immortalized figures in all of cinema. In this movie the Tramp finds work with a circus after escaping police and a thief, both of whom are chasing him for their own reasons. When it becomes obvious that he’s not much of a circus performer or worker however the ringmaster still keeps him around to entertain the crowd. Upon falling in love with one of the women in the act however the Tramp has to let her go when she has eyes for another man. By the end when the circus moves on he remains behind, going on his way yet again.

The Tramp is certainly the kind of guy that gets around since in this movie he’s out to make his fortune during the famed Gold Rush that was the boon and the bane of so many during this time. But when he and two others are holed up in a cabin it becomes a matter of survival when one of them goes out for food only to lie in wait to trap the other and the Tramp and the other man have to cook up a shoe just to eat. From there the Tramp makes his way off to another location where he meets a woman that he fancies and tries to woo. In the end the two of them are reunited after being separated, creating a rather happy ending.

When a baby is left for someone else to take care of the Tramp takes notice of him and raises the boy as his own. Unfortunately he raises him to take part in the scheme that he has to bilk people out of their money as the boy is taught to throw stones at windows so the Tramp can come along and fix them. When it’s discovered that the mother who gave the baby up wants him back the boy is reunited with the woman eventually. When a police officer takes the Tramp somewhere he can rest aside from a flophouse he’s reunited with the boy and the woman welcomes him into her home.

If you couldn’t already guess this was a huge satire of Hitler and his efforts during WWII, but Chaplin nailed it out of the park. He had a way of taking something that was horrific to many and making it into something that was inspiring to so many that his genius was rarely ever questioned. This movie might have seemed to be in poor taste to some but it was absolute gold to others since it took a moment in history that was decidedly negative by the standards of many and created something that was kind of funny and very inspirational when all was said and done. And it proved that he wan’t just confined to silent films.

The Tramp is the kind of guy that’s usually down on his luck and at times seems like he’s bound to be in trouble up to his ears whenever he’s not running or trying to just get by as much as possible. In this movie he’s fired after getting caught in the machinery at his job and then arrested when it’s believed that he’s trying to cause unrest in the workplace. After that he finds that he kind of prefers jail and keeps finding ways to get himself arrested. After a while though he meets someone and decides that he’d rather remain free, and as a result the two of them run when the cops come to take her away.

There’s never been anyone like him, and it seems fair to think there never will be.