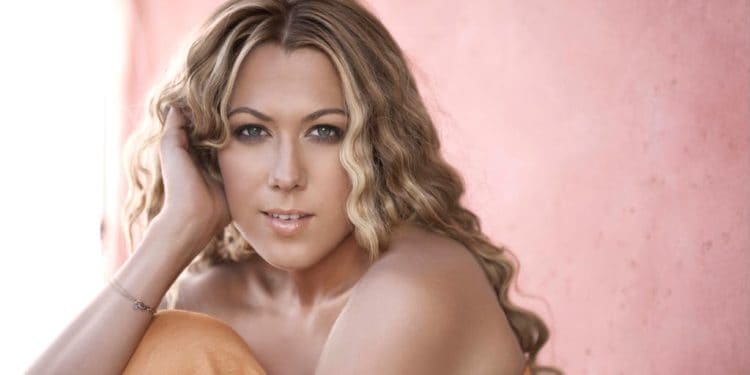 If you can recall that Colbie Caillat was rejected twice before ever reaching the stage for American Idol then you’ve done your homework. But you’ll also be likely to think that there are some true gems that the judges just don’t get the chance to see in their full element since it’s obvious that being in front of them is, for some folks, kind of unnerving and can make a person extremely shy. Thankfully Colbie was grateful for the chance and din’t hold it against them that she was rejected twice. In fact this kind of inspired her to keep going and eventually make a career out of something that others might have let sit and fester. Colbie took her music to the next level and began to really pull ahead after a while as people started to listen to her and realized that she had more talent than she was being given credit for.

Here are five of her best songs from a career that’s been fairly impressive so far.

As a California girl Colbie does have that same look that a lot of female celebrities have, but there’s something unique about her as well, just as with anyone. Her voice is soft but has a hint of iron in it that seems to suggest that she’s anything but soft when it comes to her will. Listening to this song you might get the feeling that she knows something about regrets, but in a way that pulls out the positive memories that surround them rather than just the negative connotations that typically come with regrets. Sometimes in life we move on without ever bothering to look back, and in the process can possibly forget the good things that we loved about someone.

It’s funny how we fall for people sometimes, especially if it’s not a pairing that we felt would ever work. Love is kind of an odd thing sometimes since it doesn’t really play fair in terms of emotion and it certainly doesn’t just come or leave on a whim. What we feel and what we expect aren’t always the same thing however, and it’s up to each and every person to learn how to deal with the feelings that we finally come to realize are true. It’s definitely disarming when we realize those feelings and don’t know what to do with them, but somehow, someway, we find the means to finally sort them out.

The image of women in this country, in the world as a matter of fact, has been one of contention for a while now. How they look, how they present themselves, and how the world perceives women has become a matter of pride, conflict, and possible pain for some since what the public expects and what the individual wants tend to be very different at times. The only thing that a person should try is to be themselves, no matter what that might look like or how it might make them feel. As a person each and every last individual should be able to sit in comfort with who they are, not what other people want them to be like.

2. Brighter than the Sun

As one of her more upbeat songs this one has seen a lot of play throughout the years since it’s one of the most engaging and the most dynamic, allowing people to just have fun and still carry a message that is able to be divined very simply. Colbie has a lot to say in her music and a lot of it happens to be quite positive while sticking to reality more often than not since that seems to be her main theme. It’s nice in fact since it makes the listener feel that she’s on the same level with them and allows people to think that they can easily relate to the message within the lyrics, which is always pleasing.

There’s no doubt that Colbie is a big lover of songs that carry a very deep message about being in love with someone and expressing that in a way that people can relate to and get into without any real trouble. This song received so much play when it was first released that it eventually got to be one of those that might get clicked off or just endured when it came on. But the chances were good that it would be played regardless since the message is just too much fun and the song is something that a lot of people could possibly agree is how they feel when they’re with that special someone that makes them feel as though they’re completely comfortable, secure, and safe in a way that’s hard to explain but easy to feel.

She’s one of the better artists around, and it’s always pleasant to hear her voice.